I arrived in Limassol, on the southern Cyprus coastline, in the mid-nineties, aware only that it was a sunny island with a British influence and a troubled past. One of my first days saw the twentieth anniversary of Turkey’s invasion of the north. This was commemorated by a gentle and moving protest, where cars stopped and people took to the streets, standing silently to remember the homes and land their families and compatriots had been forced to abandon.

But Cyprus is a happy place, boasting a glorious climate, beautiful azure blue sea and stunning mountains. Limassol might not be the prettiest of towns – built up as it is with some fairly unattractive tourist hotels and apartment blocks – but it still retains a joyful simplicity: the best seafood I’ve ever eaten was at a beach-side restaurant, where the fish was grilled and simple, the octopus marinated to perfection, and the local wine flowed freely.

Cyprus is, of course, best known as the birthplace of Aphrodite, goddess of love and beauty. She is believed to have risen out of sea foam created by poor Uranus’ severed genitals. She suffered an unhappy marriage to Hephaestus, but cheered herself up no end with affairs with Ares and Adonis. Two of Cyprus’ main attractions are the Rock of Aphrodite, which represents her birthplace near Paphos, in the south-west of Cyprus, and the Aphrodite Baths, a grotto on the tip of the Akamas peninsula, where the goddess apparently loved to bathe.

Cyprus’ other selling points are its warm climate and plentiful hours of sunshine, which average 3,400 per year, double that of cities in the northern half of Europe. With English widely spoken and cars driven on the left, it’s little wonder that Cyprus has become a favourite spot for British retirees. 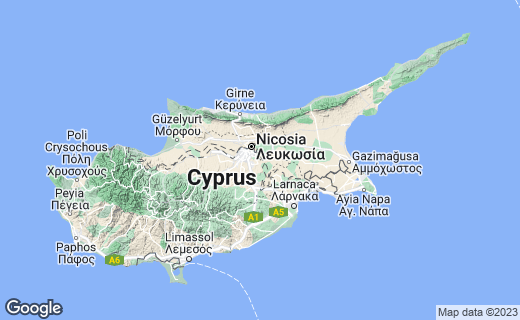 I was working for an Arabic company, and among my Cypriot colleagues were a mix of Lebanese, Jordanians and Syrians.   Without exception they were a warm, funny and hospitable bunch, and Lebanese Night at the local disco was the highlight of the week.  If you’re ever lucky enough to be invited to dinner by some Arabic friends, my tip is to starve yourself for a few days beforehand: the time and effort spent in food preparation is a matter of honour, and the courses will be plentiful, healthy and delicious.

In fact, one of the joys of being based in Cyprus is that it makes a fantastic springboard from which to travel to the Middle East.  I went to Jordan, visiting Amman and exploring the incredible rock city of Petra, a UNESCO World Heritage site.  The guide, bearing a fine set of wonky brown teeth, took a shine to my mother, who’d joined me for the trip, and fearing for her safety, insisted on holding her hand as we walked along the stony path which led to the Treasury house, made famous in Raiders of the Lost Ark.  (Oh, how I regret that my best travelling exploits were taken before the days of digital cameras!)

I visited post-war Lebanon, staying in the Christian Ashrafieh area of Beirut. Bullet holes decorated many of the exterior walls and the rebuilding had just begun, but there was an extraordinary sense of joie de vivre and a can-do attitude that made it clear that Lebanon would survive. Lebanon is a compact place and, with a driver, isn’t hard to get around. We visited Jounieh, Beirut’s northern coastline neighbour, and explored the Phoenician city of Byblos, which was founded in 5000 BC, and believed to be the oldest continuously-inhabited city in the world. For such an important tourist site, it was fantastically devoid of any tourists.

Beirut’s Corniche – the promenade along the seafront – is reminiscent of the Croisette in Cannes, and like the south of France, it’s possible to ski in the morning and swim in the afternoon. We took the mountain road out of Beirut towards Zahle, known as the ‘City of Wine and Poetry’, due to the poets, writers and wines that have been produced there, and enjoyed an incredible Lebanese mezze in a restaurant that had the most spectacular views. To my irritation I can neither remember nor work out exactly where we must have been, but I do still remember the raw lamb’s liver wrap with fondness.

With my mother again and a dear friend I’ve sadly lost to cancer, I spent Christmas in Israel, even attending Midnight Mass in Bethlehem’s Manger Square – a relatively gruelling experience as we didn’t have tickets to enter the Church of the Nativity, and had to stand for hours in the square itself. We took a boat trip on the sea of Galilee, and rode in a cable car up to Masada, known for the siege at the fortress of King Herod, where defenders killed each other rather than be captured by the Romans. More happily, I can now boast about having bobbed about in the Dead Sea on both the Israeli and Jordanian sides.

Back in Cyprus, a major complaint most expats have is the driving.  It’s hair-raising to say the least.  For my sins, I actually learnt to drive in Cyprus.  Having been a city girl all my life, I’d never felt the need before, but finding myself on a public transport-free island, I took the plunge.  The day of my test, I entered the driving centre to find three men, sitting at desks, surveying me as if I was a no-hoper on The X Factor.  The younger of the three smiled cheerily, the older man by his side merely glowered.  On the main desk was a goldfish bowl containing scraps of paper – I was to pull one out to reveal which test instructor would be mine.  To my dismay, I selected Mr Grumpy.

Having spent the previous evening studying my Highway Code, I was relieved when he asked me to identify three of the most obvious of road signs – I think Stop and No Entry were among them.   Then I started my drive – fraught with nerves – by turning left out of the centre and up a steepish narrow climb.  At the sight of another car I slowed down to give way, then continued up the hill.  He instructed me to turn left again and – suddenly I was back in the test centre car park.  Convinced that I’d failed, I tried to hold back my tears, only to be informed, to my astonishment, that I’d passed.

The smiley-guy, my instructor told me later, would have made me drive around the centre of Limassol for a good hour.  All Mr Grumpy needed to check was my clutch control.  I’d had a lucky escape, but to this day I’ve never quite felt that I’ve earned the right to drive.

I got adopted by a ginger and white kitten, who’d been smart enough to install himself in a housing complex also frequented by tourists, and had developed a partiality for roast chicken.  Although he happily called my house home – and I fed him the choicest catfood our local supermarket could supply – still he’d go and scrounge off the visitors nearby, a habit he was to take with him to London, where he became the uninvited guest of many a local barbecue.  To some of my Cypriot friends’ dismay, I had him neutered.  The Cypriots seem to consider neutering an infringement of feline rights, while blatantly ignoring the thousands of unwanted cats and kittens that inhabit the island, raiding bins and getting themselves run over with alarming frequency.  A few weeks later he got a little girlfriend, who I discovered was pregnant before I’d even realised she was old enough to be spayed.  Her only litter produced six kittens, the oldest of which still lives with me today.

I was sorry to leave the Sunshine Island – it’s got plenty of charm, beautiful scenery and, thanks to Aphrodite, there’s a pervading sense of romance in the air.

But if you’re a cat-lover, it might just break your heart. 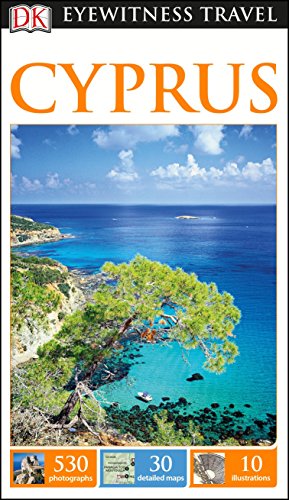