What Galveston Texas has to Offer 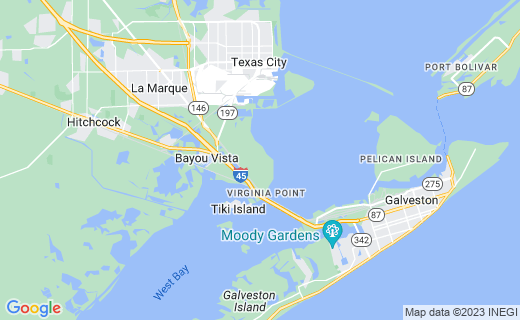 Being British one of my favourite holiday destinations is America.

One of the big advantages of visiting America is that I don’t have to learn a new language in order to enjoy my holiday.

Another advantage is that growing up watching many movies that had been made in America meant that many parts of the American way of life was familiar to me.

Though I have to admit experiencing it first hand if different to seeing it on TV or in films.

Our holidays in America have always been of the Fly Drive variety with only our first and last night’s destination booked. We usually have a vague idea of where we would like to visit but, for the most part, our holidays are more a voyage of discovery than a planned route.

This kind of holiday suits us very much and it always seems to lead to us finding places that we had no idea that we would visit but that we came away glad that we did.

Galveston was one of those serendipitous finds. We had not intended to visit Galveston but we were glad that we did.

We had all heard the name Galveston and we knew that it was in Texas but that was all that we knew about it.

A few of the photographs in this hub are in the slide show below, you can view them full screen by clicking on the icon on the bottom right hand corner of the video.

Texas Has a Coastline?

It came as quite a revelation to me that Galveston was on the coast in fact I did not know that Texas even had a coastline.

Please don’t be too hard on me Geography is not my strong point and because I do not drive when on holiday in the States I rarely look at the maps. Usually it is only after we get back home when I look at the map and then only so that I can put my new fridge magnets on the front of my fridge in their rightful place.

One of the first places that we visited in Galveston was the Pier 21 Theater where we saw a film made about the Great Storm of September the 8th 1900 in which over 6000 people lost their lives. The population of Galveston at this time was around 36,000 people so it lost a sixth of it population in this devastating storm.

The film is in the form of a very powerful documentary and it lasts for about half an hour. During this half an hour you will get to learn about the greatest disaster ever to hit Galveston. If you visit Galveston this is a must see film and it will give so much more meaning to your visit.

The film shows the devastating effect that the Great Storm of 1900 had on this small coastal community and amid the carnage and devastation you will recognise some of the buildings that survived the storm. Looking at those buildings today gives you a much better idea of the scale of the disaster and the human cost.

Galveston Island is so much more...

Galveston Island is so much more than just its history, no matter what your age there is something here for you and if you have a young family you will certainly not be stuck for things to do and see.

We had a great time and one of the must see places is the Aquarium which is housed in one of the three large glass pyramids that dominate the landscape.

One of the Pyramids

We had a very interesting time in the Aquarium and found it well worth visiting. I got to touch the back of a small stingray and there were other exhibits that you could touch as well as just look.

A Few Photos inside the Aquarium

To give you a little flavour of the Aquarium here are a few of our photos from that visit.

A few of our photos taken in the Aquarium

No matter what your interests are I bet you can find a museum here in Galveston to cater to your tastes. It seems they have museums concerning a really wide range of interests.

If you are into flying then the Lone Star Flight Museum is for you. Among its exhibits is a collection of World War Two Planes that will keep you happily browsing. It also boasts the Texas Hall of Fame for Aviation Heroes, which is well worth a look. It has all sorts of Aviation memorabilia

The video below gives you a real idea of what the museum contains and is all about.

If Aviation isn’t your thing then don’t worry how about Railways? Galveston has a very fine Railroad Museum. Having gone to YouTube to find something on the museum I find that the Museum was just about destroyed by Hurricane Ike on Sept. 13, 2008 this short video gives you a look at how Ike damaged some of their prized exhibits. From this video it seems that they are working hard to restore the Museum how far along that process is I don’t know.

Galveston is much more than just a seaside resort, one of the interesting Museums that is industrial in its nature is the Ocean Star Offshore Drilling Rig and Museum. The only video I can find of this is taken by an Asian tourist and has subtitles in what looks like Chinese. This gives you a sneak look inside the Rig and is worth a quick look.

If you like maritime museums then the Texas Seaport Museum will be right up your street and one of the projects of this museum is the Galveston Harbour Tour. This takes place on the vessel Seagull 2 and if you have the time it is an interesting tour to take. It is an educational tour often taken by school children on trips to Galveston and offers hand on science this video below will give you a real taste of the experience and at the end it gives you contact information and times of the tours.

Seawolf Park is on Pelican Isle in Galveston and is home to the USS Stewart a Destroyer Escort and the USS Cavalla a World War two Submarine both of these are open to the public and are interesting to visit.

The videos below will give you a taste of these two vessels.

This is obviously a real working harbour, with boats of all shapes and sizes and all sorts of industrial machinery to help with the loading and unloading of cargo. The following photos were taken just after it had been raining but I do like the moody effect that the lighting has produced on these photos.

Down at the Harbour

This part of town is a real nice area to stroll around because of the sidewalks and streets that you can cross without having to get into a car to do it.

This area of town is old enough to have been built around the needs of people on foot and it has some really impressive looking architecture. It had just stopped raining and we seemed to have the place pretty much to ourselves.

The region round the Strand

When I started this hub I was totally unaware of the devastation that hurricane Ike wrought on Galveston, on the 13th of September 2008. Although this was not the worse hurricane this coastal town had suffered it was severe enough to damage many of the attractions that I was able to visit. This link http://www.galveston.com will take you to the official Website of Galveston Island where you can get up to date information on all these places.

We enjoyed our visit and I hope that you enjoyed your virtual visit via this Hub. 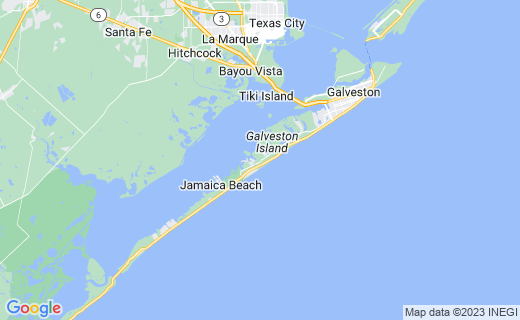