Good things about the UK

Good things about the UK

This article has been inspired by an enjoyable hub I read recently called “Life in Modern Britain: 12 Pet Peeves”. In his article, Diogenes (the hubber, not the Greek philosopher) mentioned 12 instances of everyday life in Britain that inspire frustration, anger and the wanton urge to kill or maim. Part of the British psyche is to be self-deprecating and, as any Australian will tell you, “whinge”. There are some aspects about living in Britain that really are shit, and I agree with all 12 of Diogenes’ examples and could easily think of 12 of my own. However, in the spirit of balanced journalism, I thought it might be fair to present some positive aspects of everyday life in modern Britain. It has to be said, that the positives didn’t spring to mind quite as quickly as I would have hoped. So, finally, here in no particular order, are some good things about life in Britain. 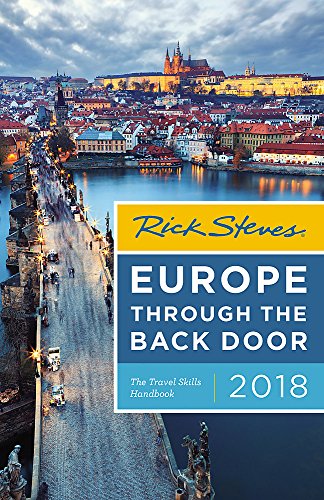 Rick Steves Europe Through the Back Door: The Travel Skills Handbook
Buy Now

The UK lies in the North Atlantic Ocean, separated from Continental Europe by the English Channel. Budget airlines abound in the UK and healthy competition means reasonable fares and an increasing array of destinations, making Europe, Africa and Asia just a short flight away. Had a bad day at work on Friday? Forget all about it by getting a last minute deal and be in Marrakesh, Istanbul, or Cairo by midnight. Feel like treating the lady in your life? The Eurostar train will have you in the centre of Paris in just over two hours by way of the Channel Tunnel. Just feel like some sunshine? You can relax at most Mediterranean beach resorts within three hours. Skiing? The Alps. Culture? Eastern Europe. Natural beauty? Scandinavia. Pretty much everything you could want, right on your doorstep, accessible and cheap. And when you do decide to retreat home to our island fortress, you can be safe in the knowledge that, because of its location, there is no threat of extreme natural disasters, contagious diseases or dangerous animals to contend with. Nice.

To live in a country that gets such unpredictable and inclement weather, you need to have a sense of humour. The British, in general, don’t take themselves too seriously and some form of joke will normally manifest itself within the first two minutes of any conversation. “Banter” is something of an art form, and a glorious one at that. It can be described as a good natured war of words, using humour and sometimes frequent swearing to ridicule your opponent(s). The important part of banter is that it can only really be done well with people who are on your wavelength. Hence, banter is the predominant way likeminded British men show their affection for each other. Other Anglophone nations have their own forms of banter and wordplay, but British humour can be so surreal, sarcastic, vitriolic and completely non-linear, that the banter really is in a league of its own.

The NHS is Britain's universal healthcare system. Funded from National Insurance and general taxation, it is free for all at the point of delivery and covers primary and secondary treatment, drugs, dentistry and optical health. There are plenty of things that are wrong with the NHS, and I have had the misfortune of seeing some of these things up close; long waiting lists, scruffy wards and frustrating bureaucracy are all familiar features. However, when I see the alternatives it makes me realise what a noble, if sometimes impractical institution the NHS is. Sure, you can get better healthcare in other nations, but normally, at a price. I know of cases in other countries where people have been literally left to die because they could not afford the required treatment. I sometimes equate the NHS to free speech; it is something that the British just take for granted, while others may die for the want of it.

In the UK, more people go to watch football at the weekend than go to church. Football really is religion. Stadiums are cathedrals and star players are prophets. Although other sports such as rugby and cricket are popular, nothing grips the nation as much as football. Of course there are the hardcore fans who know everything there is to know about football, but also because football is so much part of the social fabric even people who hate football know more than they should. Everybody knows who David Beckham is. Once every two years there is a major football tournament; either the World Cup or the European Championships. As long as the constituent nations (England, Scotland, Wales, and Northern Ireland) qualify for the tournaments then the UK will pretty much come to a standstill. Economic productivity can drop by 10 - 15%. Employee sickness can rise up by 40%. Workers will take their entire holiday entitlement to cover the month of the tournament. Many men will not agree outright to get married between June and July of even-numbered years. If England (or Scotland, Wales, N. Ireland) ever won the World Cup then UK Plc would shut down completely for at least a week. Football can bring nations together like nothing else. Amen.

Britain revels in being a tea drinking nation, being the second largest per capita tea consumers in the world, consuming on average 2.1 kg per person, per year. Churchill drank tea during the Battle of Britain. Wellington drank tea at Waterloo. Jesus drank tea at the Last Supper (probably). It has been suggested that tea played a vital role in the Industrial Revolution as having sugary tea in the afternoon became a way to increase the number of hours factory labourers could work and also increase energy levels to finish out the day. Tea also helped alleviate some of the consequences of the urbanisation that accompanied the industrial revolution as it required boiling water, thereby killing water-borne diseases like dysentery, cholera, and typhoid. Tea is resilience and fortitude in one reassuring brew, and is to the British what spinach is to Popeye. There is only one way to deal with any kind of crisis, and that is by having a cup of tea. "Thermonuclear war, you say? Put the kettle on!” 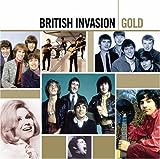 Britain’s contribution to popular music has been immense. From the early influence of black American music in the 1930’s and 40’s, British artists fused, innovated, and invented musical genres that have spread across the planet. Consistently edgy and controversial, British music has reflected the social conditions of the time, from hopeful, psychedelic 60’s ‘flower power’ to angry, disillusioned 70’s ‘punk’; from confident, flippant 80’s ‘new romantic’ to introspective, moody 90’s ‘trip hop’. And this is just the tip of the iceberg. Indie, Brit-hop, garage, heavy metal, bhangra, drum & bass, new wave, acid house, grindcore, UK garage, ska, prog rock, skiffle, and glam rock are just some of the avenues that British artists have innovated and developed over the past sixty years.Despite the current ‘X-Factor’ shit being pedalled at gullible teenagers, the British have a huge appetite for edgy, innovative music, and it will always be something that Britain does very, very well.

So that’s it, the glass isn't always half-empty. I think the British are just a bit cynical by nature, and we probably don't appreciate just how lucky we are in some respects.