It's called the Garden Island for good reason. Kauai, Hawaii is a veritable Garden of Eden, and no wonder - it's home to the Wettest Spot on Earth. One way to explore this tropical paradise is to hike into the uninhabited interior. The Alakai Swamp Trail is one such hike, popular among both tourists and locals. Starting on the west side of the island, it traverses the swamp that covers much of the interior of the island. A boardwalk is built over the bogs to make this trail possible. The trail ends on a ridge overlooking the north side of Kauai, and the beautiful Hanalei Bay appears beneath the mist as a small dent in the coastline.

To get to the Alakai Swamp Trail, you must drive from Waimea on the west side of Kauai up through Kokee State Park, a wilderness preserve covering 4,345 acres. There are 45 miles of trails of all difficulties throughout the park. Because of the cooler temperatures, the amazing flora and fauna, the beautiful scenery, and the remoteness, Kokee State Park is a great place to get away from it all and see a different side of Hawaii.

The Alakai Swamp is the highest swamp in the world, sitting near the peak of Mt. Waialeale, which happens to be the wettest spot on earth. This area receives about 460 inches of rainfall a year. The Alakai Swamp covers about 20 square miles.

Hiking distance from Pu'u o Kila: around 8 miles, round trip

Hiking time: depends on your pace, about 4 to 6 hours, but start in the morning 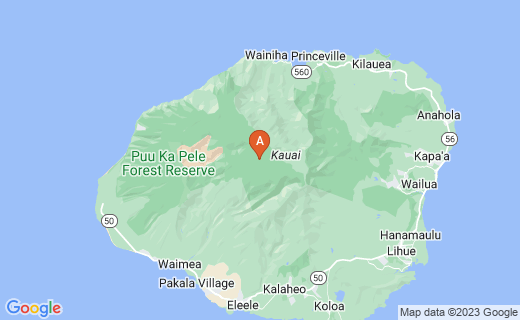 In the days of Hawaiian royalty, Queen Emma took a legendary excursion through the Alakai Swamp. This was in the year 1871, long before a boardwalk was built. She took one hundred attendees with her, a half-mile caravan including musicians and hula dancers. After a long and difficult trek to Kilohana Lookout, the queen and her retinue returned to Waimea for a celebration luau, but her guide is said to have sworn never to return to the swamp. Today, Queen Emma's journey through Alakai is celebrated by the annual Emalani Festival, or Eo e Emalani I Alaka’i.

History of the Alakai Swamp Trail

Crossing the interior of Kauai, the Alakai Swamp Trail was originally built to facilitate Army communications during World War II. The military wanted a backup communications line in case the Japanese took over Lihue. Remains of the poles can still be seen.

In the 1950s, construction began on a road from Kokee all the way to Ha'ena on the North Shore. With labor provided by prison work crews, this attempt failed, with the obvious reason being the impassable bogs of the swamp.

Driving through Kokee State Park is an adventure all in itself. As you gain altitude, the road winds up between panoramic views of the Pacific Ocean and Ni'ihau and of the Waimea Canyon. At the end of the road is the famous Kalalau Lookout. A parking lot and restrooms make this a convenient stopping place before you head off for the trail. Kalalau Valley is the largest valley on the Na Pali Coast, and until 1919, this valley was actually inhabited. Today, the only way to reach Kalalau Beach is either by boat or by the trail that starts on the North Shore. The lookout over the Kalalau Valley is spectacular. It is usually chilly and wet, providing the ideal climate for big bushes of hydrangea flowers.

A dirt road which leads past the Kalalau Lookout will bring you to Pu'u o Kila Lookout. Sometimes this dirt road is closed due to chronic potholes, in which case you will have to hike the extra mile. Pu'u o Kila Lookout also offers spectacular views of the Kalalau Valley and of the interior. This is the trail head for Pihea Trail. The first part of the trail follows the cliff until you reach the forest. Fog is a common occurrence here, so be careful not to get to close to the edge of the cliff - it's hundreds of feet to the bottom!

The simplest way to get to the Alakai Swamp is by following the Pihea Trail. The first part of this trail is red volcanic dirt. (A word to the wise: don't wear white.) Because of the constant moisture and frequent rainfall, the trail is often muddy. Watch your step here, because it can become quite slippery. The rain also causes a great deal of erosion, so to be safe you'll want to be sure to stay on the trail.

Although clouds are usually covering the view, sometimes they clear enough for you to see Mt. Waialeale in the distance. This is the interior of Kauai, the wettest spot on the planet, and an almost impassable wilderness. The Alakai Swamp Trail is one of the best ways to get an interior view of Kauai.

The trail eventually finds its way into the forest, which builds elven arches over the trail. Here you will see slender trees and lots of moss. The world begins to fade away in the stillness of the forest.

After you hike 2 miles on the Pihea Trail, you will come to the crossroads. Here you will turn onto the Alakai Swamp trail to continue your way to Kilohana Lookout. The trail here is mostly made up of a boardwalk. The wood is starting to decay, so watch your step. The hills are made up of boardwalk steps, which can be the most strenuous part of the trail.

A steep descent down the valley brings you to a peaceful stream, which eventually runs into Kawaikoi Stream. After the stream, the trail ascends up the other side of the valley, leading into the swamp at the top.

Once you reach the top of the incline, you will come to the vast stretches of the Alakai Swamp, which covers 9,000 acres and has an altitude of 4,000 feet. Covered in bogs and mud holes, the swamp has an eerie atmosphere, reminding one of the Dead Marshes in the Lord of the Rings. Don't wander off the boardwalk! Only scrub bushes and small plants grow up here. Look for the vibrant flame-colored ohi'a flowers.

At the end of the Alakai Swamp Trail is the Kilohan Lookout, which is perched on a ridge, looking down thousands of feet into the Wainiha Valley down to the north shore of Kauai. Clouds often obscure the view, but if you're patient enough to wait, you will be rewarded with an amazing view of Hanalei Bay.

Kauai is an incredible place to explore, and the Alakai Swamp Trail is only one of the many adventures to be had in this tropical paradise.

A Catalog to My Other Hawaii Articles: 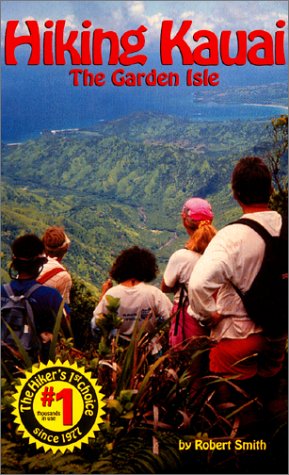 Have you ever been to Kauai?