Icod de los Vinos is famous for its Dragon Tree

Icod de los Vinos is a city in the northwest of Tenerife in the Canary Islands that is world-famous for its ancient Dragon Tree (Dracaena draco). It is said that the tree, known in Spanish as "Drago Milenario", is between 1,000 and 3,000 years old, however other estimates put it as low as 250-650 years.

The tree stands in its own park and is visited by thousands of tourists and residents of the island each year. Parque del Drago has a collection of endemic wild flowers, herbs and indigenous shrubs and trees, as well as a cave section where it shows how the Guanche people, who were the original Tenerife islanders, used to live.

Drago Milenario and its park are right next to the two squares, Plaza de la Pila and Plaza de Lorenzo Cáceres. The church of San Marcos is well worth a visit to see its Museum of Sacred Art that includes a Mexican silver cross, and in the one square is a mighty Australian Banyan tree (Ficus macrophylla) that is actually bigger than the more famous thousand-year-old Dragon Tree.

This Moreton Bay Fig, as it is also known to botanists, is often photographed by visitors to the square who are amazed to see its massive tangle of trunks and aerial roots hanging down from the branches high above.

Icod de los Vinos has many more attractions for visitors to enjoy. The Mariposario del Drago butterfly gardens is very popular and is very near to the main squares and Parque del Drago. As its name suggests it houses many tropical butterflies and moths in a large enclosed garden, complete with water gardens and a cinema where you can watch a film all about insects.

There is a section of the Mariposario where caterpillars are being reared and pupae incubated. If you are lucky you might be able to view a magnificent butterfly emerging from its chrysalis.

There are signposts around Icod that point the way to the butterfly gardens. 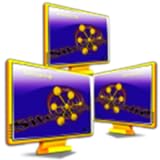 Icod de los Vinos offers some of the best views of Mt Teide on the island and above the city are extensive pinewoods and the village of Cueva del Viento, which is over the largest volcanic cave system in the world. There is a tourist centre there and it is possible to book a guided tour down the caves, which makes for an unforgettable experience.

Just outside Icod on the coast, is the beach known as Playa de San Marcos. This black sand beach is ideal for bathers and sheltered by cliffs, There are regular buses from Icod de los Vinos down to the bay and back.

Speaking of buses, the bus station in Icod offers services to Las Americas in the south, to Puerto de la Cruz further up in the north and all the way up to the university city of La Laguna and the capital of Santa Cruz. It is also possible to travel to Garachico, Los Silos and Buenavista del Norte as well as many other towns and villages on buses from Icod.

Icod de los Vinos has an impressive range of shops and small businesses. There are clothes shops, a music shop, electrical stores, furniture shops, chemists, supermarkets, shoe shops and many more, as well as a good range of bars and restaurants.

Icod de los Vinos is one of the places that should be on your list of "must-see" places to visit if you are spending your holidays on Tenerife.

Just outside Icod de los Vinos in the coastal village of El Guincho (the Osprey) is the popular Hotel Rural El Patio. This is somewhere you might consider staying if you would like to spend more time in this wonderful area of Tenerife's northwest.