Pictures of Insects in Costa Rica

Pictures of Beetles, Flies and Dragonflies in Costa Rica

These are several pictures that I have taken of insects in Costa Rica. They include bugs, flies and dragonflies. These photos do not include butterfly and moth photos that can be found on my Guancaste-Mi Tierra blog. If anyone can help me with the identification of the photos, it would be most appreciated. Besides the photos, I also discuss below some other annoying insects prevalent in the country.

All of the photos have been taken in the Guanacaste province of Costa Rica, the province in the northwest corner of the country bordering Nicaragua.

Some of the photos have great resolution, while others do not. Some of the ones with lower resolution are included because they provide interesting images, even though the detail is harder to discern.

Some insects which are important to know are too small to take a photo of. For instance, the biting midges which are found in the mountainous areas. This little winged devils bite you and leave a blood mark and an itching welt for several days. I certainly am not patient enough to take a photo of one of these devils while they are sucking up my blood. The dengue mosquito is an important insect that everyone should know. This mosquito flies only during the day and transmits dengue fever through its bite. They are common in lowland areas and in some communities around the country. I contracted this disease during the Christmas season of 2011.

I particularly like taking photos of dragonflies, although they frequently don't like to stay put and pose. When they do, I can take a quick photo. It takes a great deal of patience. Dragonflies are colloquially called papilachas in Costa Rica, but the formal Spanish word for them is libelula. 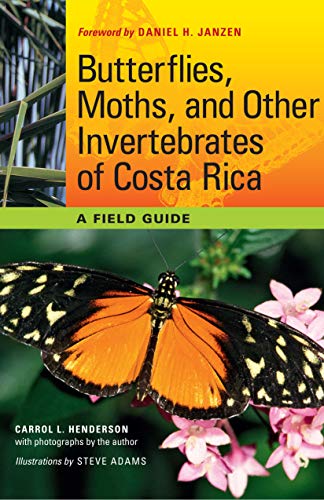