Marinas of the Mexican Sea - Part 1

I prefer to be anchored-out in one of the hundreds of beautiful coves and bays that exist in these wondrous maritime cruising grounds, but as a "cruiser" over the past four years on the Sea of Cortez, a stay in a marina has always been a necessary part of the experience. I have developed a sort of love – hate relationship with the marinas of Mexico based on that experience, and no doubt also due in part to my twenty years of experience in the marina and resort business. Mostly I love them, but I’ve had to learn to accept some of their short-comings along the way..... but then, it's Mexico, and I'm cruising, and the deficiencies never seem that important in the overall scheme of things.

Voyage of the Maiatla with the Naked Canadian: One Family's Mexican Odyssey -- Enriched with 28 Photo's & Drawings -- Second Edition
Buy Now

This article began as a simple pictorial of the marinas I visited while cruising the Sea of Cortez and the Mexican Riviera, but soon began to take on a life of its own at the urging of other cruisers, and would be cruisers, who wanted more information. It is now two parts of which this is Part 1.

I returned to the United States in 2011, and my cruising adventures are over for the time being, but I think I gathered enough information and insight, and photos of various marinas, during my four years of cruising Mexican waters to make this article interesting, if not informative. I will continue to stay abreast of developments in the Mexican marina industry through friends and associates, and interested readers may want to check back on occasion for additional and new information.

I hope you enjoy the pictures, and please take the information with a grain of salt, and perhaps a shot of tequila; things change unexpectedly and sometimes rapidly here in Mexico, and you cannot always depend on the news, even from a reliable source.

For the most part, Mexico’s marinas provide an enjoyable and relaxing experience for visiting boaters, and there is no easier way to enjoy the surrounding cities, and do the necessary provisioning and unexpected repairs that accompany the cruising lifestyle than by taking a slip for a time.

In general, recreational boat marinas are a relatively new concept in Mexican waters, and as a result most services and facilities are not up to high industry standards. There are some notable exceptions, such as Cabo San Lucas, and Paradise Village Marina in Nuevo Vallarta, which have had operating marinas for decades, but for the most part recreational boat marinas started springing up only about fifteen years ago, and the marina business is a new endeavor for most operators.

Newer marinas in particular are generally staffed by inexperienced management and employees with little or no marina operations training or experience. The same can be said of most owners and developers of marinas in Mexico, and again generally speaking, they don’t seem to understand the customer service needs and wants of recreational boaters, particularly cruisers. Restrooms and shower facilities are often few and far between, and many advertised amenities are often still in the development stages.

The building boom years ago in Mexico included the somewhat misguided development of marinas with an over abundance of large slips in the fifty and sixty foot range, as well as even larger slips designed for the mega-yacht clientele that has yet to materialize. It appears that they were led to believe (usually by US consultants with the same propensity) that all the rich gringos in the world would flock to their new docks with big boats and big dollars, and they built and priced their slips accordingly.

Unfortunately it takes more than slips to create a successful marina resort, and most of Mexico’s marinas have still failed to recognize and develop the services and amenities that draw cruising boaters to marina facilities. Larger vessels in particular, are unlikely to take a slip inside when they can comfortably anchor out and provide their own on-board comforts and amenities with no other reason to be in a marina. Still, if you are starved for land, or shore-power, or an internet connection, or some other household comfort that may be lacking on your boat, you’ll find most of the basics at marinas in Mexico, and rates have been coming down also as the reality of the market has become evident.

With the marina market in a constant state of flux it pays to shop when you have a choice. Don’t be afraid to ask about special slip rate deals that might exist now or later. They seldom advertise special pricing, and even their regular rates are often arbitrary and not based on the current market, and as a result have a tendency to change on a whim. I have come into marinas with a plan to stay three days, and upon asking, been offered a week’s stay for the same price. These inconsistencies in pricing and marketing have probably been the most significant reason that marinas in Mexico are still struggling; you never know what to expect, and quite often you’ll get a better deal if you just show up and ask.

Cruisers can usually find a slip without a reservation, except in the most popular destinations at high season. Reserving ahead of arrival is not always possible, but contacting your next planned marina stop either by email or phone will smooth the waters and possibly ensure a vacancy when you arrive. I have been told a number of times by marinas when I tried to reserve ahead, that they couldn’t guarantee a slip because of their high demand unless I paid immediately, but when we arrived the marina was less than fifty percent occupied. Luckily I didn’t reserve at the rate they offered, and got a much better deal on the spur of the moment.

Even better with a couple of fresh lobsters...

One area that they do handle very well is security. The gates and locks may not always function, but every marina that I have been in has had 24 hour security guards posted around the facilities. They keep an ever watchful eye on the docks, and there is seldom if ever an issue with theft or vandalism. Most facilities are very well lit and secure, and I have never felt safer than during my visits and stays in a Mexican marina. Unfortunately, a certain lack of friendly customer service and marina know-how seems to emanate from their preoccupation with security.

Office staff has usually been friendly and competent as well, though somewhat restricted by bureaucracy, and a lack of boating or marina experience, and checking in is not difficult as long as you have the required current vessel documents, insurance, and crew documentation. The marina will usually take care of your Port Captain check-in and check-out as well at most ports. If you radio ahead when you arrive, most marinas will give you an assigned slip number, and you’ll find dock hands or security staff at your slip ready to assist you with berthing. You can usually depend on nearby slip holders to assist as well.

You will also find that most Mexican marinas provide, what we call in the industry, “double loaded” slips, meaning you will have no dock finger between you and another boat in your double-wide slip. It also means that you will only be able to board from one side, or from the stern if you back in. Most marina fairways, the water between the docks, are also typically narrower than found in the States or other regions, and you should be prepared for tight quarters when entering an unfamiliar marina and slip. It is also not uncommon for slips to not have adequate rub-rail or fendering, and at times I have found the dock cleats to be poorly placed or inadequate, so be sure to have extra dock fenders and dock lines available. Dock carts are another amenity that may or may not be available. 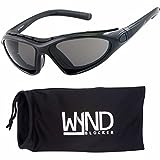 The newer marinas have better amenities and utilities on the docks, including wifi or direct internet hookups, but don’t depend on them, and good dock and facilities maintenance practices are something that still seem to be missing from most facilities. It may just be the third world environment, but once something breaks it tends to stay that way for a while. You will also find good laundry facilities on-sight at most marinas, or nearby laundry services that will do your laundry for you at a reasonable price.

Water is something that is especially precious everywhere in Mexico, and even at newer facilities the water system may be shut down, out of service, or non-potable for days at a time. Some of the marinas find it necessary to ration water or limit it to certain hours of the day, and hot water may or may not be available in the restrooms and showers.

Electric shore-power is also not always reliable. Voltage can vary significantly at times and power surges and reverse polarity are not uncommon. Dock circuit-breakers and receptacles wear out quickly due to surges and lack of maintenance, and if you plan to leave the boat for an extended period, it may be a good idea to disconnect your shore-power connections to prevent potential damage to electronics on board. Pressure surges also occur at times in water systems so you may want to disconnect water hoses as well. The marina staff of course will deny that any of these problems exist, usually because they don’t know better. It does appear that some marina managers are learning though, and over the past year I have started to see some improvement in service.

Fuel services and quality are an amenity that has also improved over the past four or five years. All fuel is distributed by the government owned company PEMEX and their bright green signs are easy to spot. Prices are regulated as well by the government and their staff is typically professional and at least somewhat ecology minded. Fuel quality is not typically a problem, and even though I do carry a Baja Filter with me for those rare occasions where I might be required to buy fuel from other than a PEMEX facility, I have never experienced any fuel system problems from Mexican fuel. Most marinas either have a fuel dock on-sight or nearby. While PEMEX does not sell propane most marinas will facilitate that service as well.

You will find more photos and information in Part 2 of this article at http://hubpages.com/hub/Marinas-of-the-Mexican-Sea-Part-2. If you would like additional information on specific facilities or other Mexican cruising questions please leave me a comment or question here with an email address I can respond to…… Happy cruising!