Marinas of the Mexican Sea - Part 2

The Southern Sea of Cortez 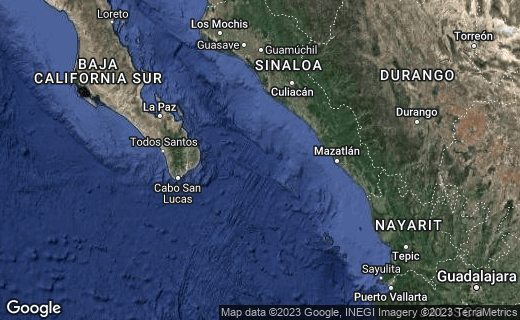 This is Part 2 of an article that began as a pictorial of some of the marinas I have visited while cruising the Sea of Cortez and the Mexican Riviera in 2006 through 2010. It has since taken on a life of its own at the urging of other cruisers, and would be cruisers, who wanted more information. I have not been to every marina in Mexico yet, and as a result it will no doubt continue to evolve over time. I will add to it and hopefully enhance it as I continue sailing in Mexican waters. In the meantime, if you have not already reviewed Part 1, you will find it at my Hubpages site…….. Interested readers may want to check back on occasion for additional and new information.

Many cruisers in the Sea of Cortez stay longer than originally planned and end up leaving their vessel berthed in a marina for at least some period of time. If you decide to leave your boat in a marina over the summer hurricane season, you will want to take extra precautions regardless of what the local management and staff might say. Three years ago, as I prepared to leave the boat for the summer in a new marina in La Paz, I asked the marina office supervisor if they had an emergency or hurricane storm plan, and was told quite sincerely that none was needed because La Paz never had hurricanes. I was slightly dumbfounded by the statement, and when I pushed the inquiry with the marina manager, he finally admitted that hurricanes do occur, but insisted that his new marina was “hurricane proof”. Luckily no major hurricanes have occured to test this statement, but the particular marina did withstand three category one hurricanes while my boat was docked there, and with no damage; but a category one storm is not very impressive.

Some of the newer marinas in Mexico are better designed and built, and some offer better protection than others, but none are “hurricane proof”, and some are definitely not built to current industry standards, though they may appear sound. Many of the marinas in so call “hurricane holes” lack sufficient piling height to withstand even a moderate storm surge at high tide, which would likely result in the entire marina, docks and boats and all, going ashore in the event that such a moderate wind and surge were combined with a high tide. There is not much you can do about a poorly designed marina or poorly trained staff, but preparing the boat yourself for a storm event will make a difference. At the very least you should remove all sails, canvas, and solar panels, and anything else on the boat that can “catch wind” before leaving, especially during the summer months. Doubling up dock lines with good chaffing protection is also important. The Boat US website has an excellent “check list” on preparing your vessel for potential hurricanes and storms, its a bit of work, but it will save you in the end.

Along the mainland coast of Mexico, it’s not uncommon to have dramatic thunderstorms suddenly develop during the summer with winds in excess of 70 knots combined with heavy rain and lightning. Even in the winter storms can occur, and i recently weathered a midnight storm in Banderas Bay with winds that exceeded 90 knots.... equal to a catagory two hurricane. Disconnecting shore-power and other utility connections, as well as on-board electronics, is critical to avoid potential damage during these minny hurricanes, and employing additional lightning protection on board is recommended. Marina staff has typically proven of little or no help during these events, again probably due to a lack of training, and securing vessels and handling emergencies during a storm are usually left up to the slip holders and crew on the docks. In some marinas you can also hire a “boat manager” to look after your boat while you’re away, but it always pays to check references to make sure that they actually perform, and in a storm they are usually scattered too far and in between to do much good.

Ten years ago the Mexican federal tourism agency (FONATUR) combined with another entity called SINGLAR to develop and operate a chain of new marinas dubbed the Escala Nautica SINGLAR, along the Baja and mainland coasts. They completed construction of eleven of the planned facilities, but unfortunately badly mismanaged them, over estimating the demand, and over pricing their slips and services. They had no understanding of boater needs or wants, and boaters were turned off and turned away. While many of the dock facilities still lack dependable amenities, the shoreside facilities are some of the nicest around with clean shipyard facilities, and swimming pools and hot tubs available to slip holders, and new and efficient laundry facilities. Their restroom and shower facilities are also among the best  in Mexico, and their service has continued to improve as they have learned more about marina services and operations.

SINGLAR’s initial management blunders cast a pall over the entire project, and after years of poor service and poor performance, FONATUR has taken over the operations and put the marinas up for sale now. At the same time, as I said, they have been working to improve service and they seem to be getting the facilities turned around with lower rates and better service. There have been a couple of offers on the marinas also, but as of this date no sale has occured despite numerous rumors of impending deals. The marinas and the associated land development options are still for sale and FONATUR now operates the marinas under their label. I am sure there will be more to report on these marinas in the future.

As you can see from the pictures, despite some of the drawbacks and issues discussed above, spending a day, or a week, or even some months in one of Mexico’s picturesque marina facilities is not to be avoided, and will add even more adventure and enjoyment to your cruising dreams. A marina is a great place to learn the basics about cruising a new area, and visiting the sights on shore. Whether you are listening to the local cruiser’s net on the VHF or talking with neighboring slip holders and staff, you’ll pick up a lot of local knowledge. With a little planning and forethought the short comings can be overcome and your vessel safely and securely berthed for a short or a long period of time.

You will find more photos and information in Part 1 of this article at http://hubpages.com/hub/Marinas-of-the-Mexican-Sea. If you would like additional information on specific facilities or other Mexican cruising questions please leave me a comment or question here with an email address I can respond to…… Happy cruising!