Today was the day, we were going to be making our way to the notorious Bealach Na Bà.

But first, we made a quick pit stop in Gairloch in hopes of getting a boat ride but unfortunately, they were all booked up. There had been sightings of Orca's and we were disappointed but we knew if we were desperate we could easily drive back to Inverness in a couple of days to complete the loop and go on the Dolphin Spirit boat trip if we were desperate. Incidentally, we thought we were planning on going back to Inverness in the near future to do the boat trip anyway and we had other things planned we were looking forward to.

When we were on the road again we got hungry and thought we should fill up the car before doing the next couple of long trips so we stopped in Kinlochewe to fuel up (petrol £1.17/l) and ordered a couple of rolls from the cafe the service station had included. We knew we were taking a long way round so we could make the most of our road trip and most importantly get to the famous award-winning Smokehouse.

If there was ever a point of taking a long way round to Applecross this was it.

We stopped at the famous award-winning Applecross Smokehouse, which incidentally wasn't in Applecross. But OMG was it worth it! They had different cured salmon, scallops etc and even individual scallops (£2 each) if you wanted to buy them to cook yourself. We opted for the smoked ones and thought we would find a wee spot to make some lunch with it and salmon.

As you might have seen through the other articles, we didn't have much luck when we were hoping to see wildlife on our trip. We missed the dolphins, seals, ospreys, puffins, orcas and jellyfish. At this point, we were giving up and feeling so disheartened that after all the magnificent scenic roads and breathtaking views we were missing out on the wildlife.

But then, we spotted a few cars stopping suddenly and pulling into the passing points we saw the cutest thing...the above Highland Cows!!!! All of a sudden we were uplifted again! I was nervous about getting too close as you can imagine but furry creatures may look cuddly but they also have big horns! I got about 1m away from them to snap some pics and they didn't seem bothered with people stopping and getting some pictures with them.

We drove through Applecross and made our way towards the Bealach Na Bà.

On many people's bucket list, including ours, especially mine as the boy had done it previously on his motorcycle. I drove it while he filmed it which I stuck on Youtube and in the article for anyone who might be nervous about it.

I honestly felt so accomplished after completing it. Not for the faint-hearted, can be quite technical so you have to be alert! The view is spectacular and was worth every second of it!!

We survived the Bealach na Bà!!

We then drove onto Lochcarron with our fingers crossed for a spot at the Wee Campsite. It was another first come first served place where we couldn't book ahead. Thankfully we were able to get there early afternoon and got a decent spot because within a couple of hours it was pretty much full. It cost £5 for a tent and £2.50 per adult. There were facilities and everyone was relatively spaced apart and adhered to social distancing.

We spotted a pub on the way to the campsite and thought we would go back for dinner. It was the Lochcarron Hotel and we, unfortunately, didn't book a table and had to sit outside where the midges were obviously out to have their dinner too, mainly ME! So learn from us and book ahead! Amazing dinner ( the langoustines were HUGE and so delicious) and great view made up for not being able sit in peace from the midges. 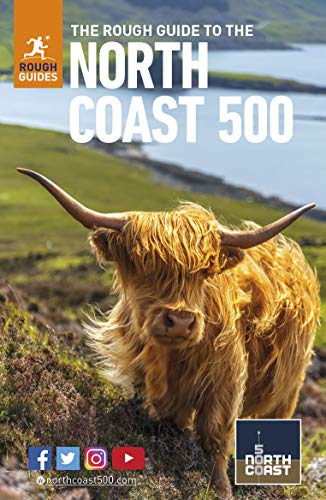