Carla and I visited Bermuda just after 911. We discovered that it has many unique features, including the pink sand that surrounds it.

Horseshoe Bay has to be one of the most beautiful and unusual beaches in the world. (We have seen many of them.)

In addition to the gorgeous pink sand and the mysterious but beautiful outcroppings of huge rocks surrounding us, we had a Parrot Fish that was caught in a tidal pool swimming around our ankles for close to an hour.

The sun would bounce off of it's sides in brilliant blue-green reflected flashes. It was like we were being blessed for some unknown good deed -- privileged to share this brief time with one of God's most beautiful creatures.

One of the first things we noticed on the island itself were the unusually shaped white roofs that are designed to trap rainwater for personal use.

They have to get every drop of water that they can from the rain, because there is no other source of fresh water.

The people of Bermuda seem to be fit and happy. It is probably the safest place we have ever traveled in.

I remember us riding on a local bus and having the driver stop in a busy intersection near Hamilton, lean out of the window and tell a backpack-laden young man that he had better get back to school where he belonged, or he would be telling his folks.

We had to ride the bus. They won't let Americans drive cars in Bermuda because they drive on the left side of the road. You could rent a scooter, because you would probably only hurt yourself if you did something dumb in a moment of panic, etc. Every once in a while you would hear an ambulance siren in the distance. Invariably someone would say, "...must be an American!"

There is an old stone fortress on the west side of the island that houses the Bermuda Maritime Museum. It is probaby the best preserved that we have ever seen. Click on this link to learn more about it: http://www.bmm.bm/

I will let Frommer describe it. "Housed in a 19th-century fortress built by convict labor, this museum exhibits artifacts, models, and maps pertaining to Bermuda's nautical heritage. The fortress's massive buildings of fitted stone, with their vaulted ceilings of English brick, are worth a visit on their own. So are the 9m (30-ft.) defensive ramparts; the underground tunnels, gun ports, and magazines; and the water gate and pond designed for boats entering from the sea. Exhibits in six large halls illustrate the island's long, intimate connection with the sea -- from Spanish exploration to 20th-century ocean liners; from racing dinghies to practical fishing boats; from shipbuilding and privateering to naval exploits."

We stayed at a very nice all-inclusive resort in Paget Parrish. It was called the Harmony Club.

Again, travel writer Frommer's description. "Named after the 1830s home of a 19th-century merchant that stood on the site, this hotel retains only a few vestiges of its original historic core, but tries to keep the friendly informality of a private home. It was renovated in 1997.

The chefs are competent, if not dazzling. However, there's such a wealth and variety of food that you're almost certain to find something you like. Evening meals are served by candlelight on fine china and crystal in the Casuarina. A full English tea is served every afternoon; there are also weekly cocktail parties and entertainment 6 nights a week."

The Bermudans were offered a chance to leave the British Commonwealth a couple of years ago.

They decided they like pomp and circumstance more than the benefits of self-rule. After seeing what has happened to other countries with the same choice-made-differently in recent times, it might have been a good decision on their elective part.

Yes, Bermuda shorts are still the required business attire for gentlemen, including the black knee socks. I don't get it!

We will go back again soon to finish what we started. The people are always the reason when we decide that we want to go back for more.

We hope you can make it to Bermuda, so you can tell someone else how beautiful and unique it is.

Golf with An Ocean View -- Shopping in Hamilton

While Carla went out shopping at Trimingham's with one of her new friends from England, her husband Doug and I played golf at St. Georges Golf Club.

One of the other times that I remember it being worth it was on Kauai in Hawaii. That's a story for another day.

Ladies who like to shop. This is your link to paradise: 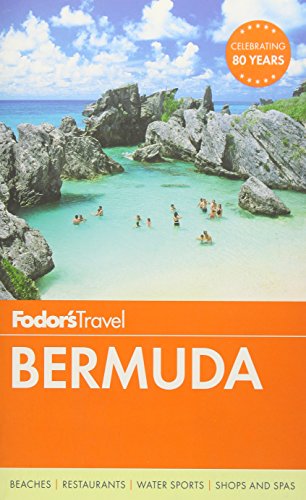