Not The Same Old Discovery Inn

Many years ago, when traveling between the Bay Area and Eureka, I often found it convenient to stay at the Discovery Inn, a Ukiah hotel run by two older Jewish women. These terrific women were real characters that added to the experience of staying in this Ukiah hotel. However, upon a recent visit to the Discovery Inn Hotel, I learned that the two older women have been replaced by new management. I must admit, I was disappointed but decided to stay based on nostalgia.

When checking in, I noticed renovations taking place. This wasn't a great inconvenience to me, since the hotel is quite large and rooms far away from the construction were available. However, as I received my room key and departed, I noticed piles of trash from the construction crew strewn about. I would have expected them to use a dumpster but then I realized why they might not bother: the entire hotel was filthy.

As I walked along the outdoor corridors to my room, far in the back, I passed food waste, beer bottles, crushed beer cans, and banana peels. I was not only shocked, I was horrified to realize I had just paid $80 for this experience! This was most definitely not the same clean Discovery Inn that the older ladies used to run. 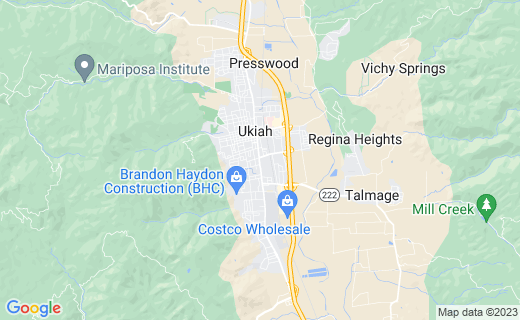 What Is Most Important To You In a Hotel Experience?

From Bad To Worse - One Ukiah Hotel Gets It Wrong

When I reached the hotel room, my room key didn't work. This wouldn't have been so bad, except over the period of nearly forty-five minutes, I was issued no less than seven keys - none of which worked, as I walked back and forth to the room - with my service dog in tow. While one key worked once, it never worked again. We waited inside the room while people who appeared to be living at the hotel laughed loudly in the parking lot, played Frisbee among people trying to move cars and ate meals outside, leaving their trash behind. One apparent resident let a glass baby jar roll under my back tire and did nothing to move it.

After another period of time of waiting, a handyman who lived on the premises was called to my room with a master key. He explained we had been booked into a room we should not have been because the door only opened with a master key. I again spoke to the front desk clerk, whom I questioned about the apparent vagrants living at the hotel, directly asking her, "Are those people actually living here?" She declined to answer my question, of which I had to assume meant the answer to be yes, and booked me into another room on the opposite side of the hotel. Unfortunately, though I had a service dog with me, my dog was not allowed in the second room. This second room was significantly better than the first, since the first one lacked a microwave and was adjacent to an open room that the wind was blowing dirt into.

When I inquired about the exercise room, I was told it is not available to guests at this time. I always enjoy an exercise room. This was a minus, in my book.

NOT An All You Can Eat Breakfast Experience

Most hotels offer an all-you-can eat breakfast meal but not the Discovery Inn. Though they offer eggs, sausages, biscuits, cereal, toast, waffles, fruit, etc., they do not allow you to eat it all! My two teenagers were specifically told to stop eating and leave, when they had not yet finished their breakfast - because they were "eating too much food." When I made a meal for myself, I was told I was not allowed to take it to my room to eat it, nor eat it at the tables outside by the pool. I had made a plate filled with a large amount of food. To avoid a charge, I left the plate there... which they threw away! I ended up without any breakfast at all, since I was not planning to eat inside. It turned out the "breakfast" they offered was nothing more than an on-site only snack for anyone with a descent appetite.

Hotel Hell - Gordon Ramsey Tries To Save a Hotel From Itself!

I was not working as a secret shopper. When I arrived, I informed the front desk that I am a travel writer. So, it was understood, before I even checked in, that I would be writing an article on this hotel experience.

While I have had some poor experiences in the past, it is a very rare occasion where I must advise readers that this hotel does not deliver and that Ukiah visitors would do well to steer clear of this trash-filled, service-lacking, broken-down version of its former self.

Most Ukiah hotels will charge $90-125 a night, unless travelers present a coupon. Coupons might allow a traveler discount of $10-20, depending on the hotel. However, the hotels in Ukiah generally limit the use of coupons to 2 people and one bed. For more choices on Ukiah hotels offering current discounts, consult the free travel magazine in the entrance of the Denny's Restaurant, located off the Perkins Street Exit, in Ukiah.