Surfing in Australia - Best Beaches and How to Get there

Many articles before have described Australia´s Top Beaches and as you can imagine, Australia is a paradise for every surfer, no matter if you are a bloody beginner or a Top Pro. In this Article I want to describe the Best Beaches in Australia and will also write where you can find them. So that you can go there yourself and make your own impressions of the breath-taking waves that Down Under has to offer. In case you want to find even more Beaches, check the Lonely Planet.

The city is great the Beaches are beautiful, although they tend to be extremely crowded in the high season, there are some decent waves and especially beginners benefit from the big selection of Surf Schools and Shops where you can hire surf equipment. There are mainly two main beaches in Sydney when it comes to surfing.

Bondi Beach
Bondi is the most famous Beach in Sydney and therefore quite crowded during the high season but for surfing, this is the best time of the year because the beach faces south and is protected from breezes which are coming from the north. Most advanced surfers avoid Bondi because of the many people but for Beginners it is one of the best Beaches in Australia to learn surfing. You can start learning to surf with plenty of other beginners and there are lots of good Surfing Schools and shops where you can rent Surfboards. In case you want to go to Bondi, simply take a Bus from Hide Park, which will take you directly to the Beach. You can also check into a hostel there and stay in Bondi because as a Touristic Hot-spot, the Nightlife and Parties after your Surf-Adventures are great.

Manly Beach
Manly is the second most popular Beach in Sydney. The waves are similar to the ones in Bondi but it is less crowded and more laid back. Manly Beach is located in the Northern Part of Sydney and is also reachable by bus, although you have to change the Bus a couple of time, depending on from where you come from. Basically you have to cross the Harbour Bridge and from there take another Bus to Manly. In Manly you can also find Hostels and stay there for a Beach Vacation. There are also Surf Schools and Rental Shops 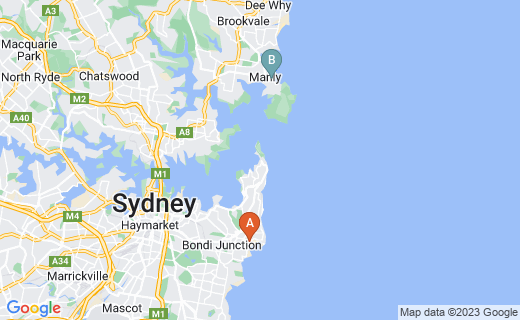 The East Coast of Australia is basically the most Touristic Part of the country and there are good reasons for that. You can find plenty of amazing Beaches here and there are lots of hidden Surf-spots, which you can find, if you have a board and a car. Otherwise you can simply go to one of the following Beaches, which are gorgeous and have awesome waves. In the following Paragraphs I am going to describe my favorite Beaches on the East Coast in order from South to North.

Byron Bay
Located at the Gold Coast, south of Brisbane, this is one of the most famous Places for Surfers and other Travellers, who come to Australia. Byron is the typical laid back Surf/Party location you were always looking for. The Beaches are awesome and the waves are great. The small town is decent and provides you with everything you need.

Surfers Paradise
Surfers is also located at the Gold Coast has also beautiful waves and the whole city is focused on this lovely Sport. Even the Benches on the street are shaped like Surfboards here. The city unfortunately does not have the laid back Charm that Byron Bay has. In contrast it is a highly modern city with many skyscrapers, which have been build a few years ago. On the positive side it is like the names says a Surfers Paradise for beginners as well as for advanced Surfers.

Noosa Heads
Noosa is located at the Sunshine Coast, in the north of Brisbane. Noosa Heads is a paradise for surfers especially in the winter months because it already has a sup-tropical climate and therefore you can go surfing all year long. In Noosa you will find plenty of awesome Beaches and there are some big waves here. Especially advanced Surfers will find some awesome waves around here but there are also smaller waves for the beginners. 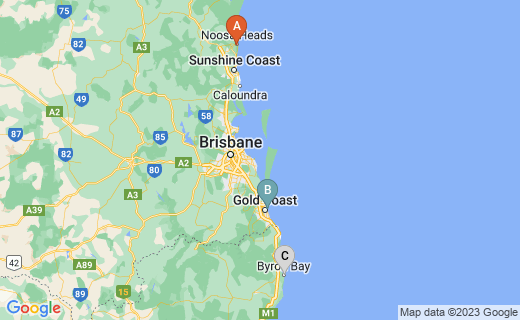 The South Coast of Australia is a Surfers Paradise especially for advanced surfers who are looking for lonely Beaches with big waves. I am talking mostly about the Great Ocean Road here.

Great Ocean Road
The Great Ocean Road basically starts from Melbourne and leads you along the coast almost the whole way to Adelaide and for me as well as for many other Surf Fans this is the main place to be if you are looking for Dream Beaches. The best part of the Great Ocean Road is that you can find amazing Beaches like Apollo Bay, Bancoora, Barwon Heads or Thirteenth Beach, just on the side of the road and there are plenty more. Basically there is a decent Beach every few kilometers and if you have a board you can just go for it. Probably the most famous one is Bells Beach, which I would like to describe further in the next paragraph.

Bells Beach
Located in Torquay, Victoria, Bells Beach is the spiritual surfing center for surfers around the world because here takes one of the most important surf events place, which in nowadays is called “The Rip Curl Pro”. The waves around here can reach extraordinary heights depending on the weather conditions and for surfers Bells Beach is something really special. The rest of the year, the Beach is less crowded to most times and you can simply go for it yourself. I remember that I was there with a Surfboard and the Surf was amazing. 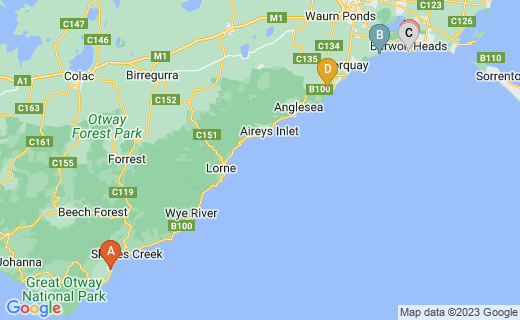 Secret Harbour
Is a very nice Beach close to Perth in Western Australia. The waves are decent but mostly small and more for beginners. Nevertheless it is worth the trip and gives you also the chance to go out of the city for a while.

Surfers Point
When you are in Perth and you want to go to one of the best Beaches on the West Coast then you should go South to Margaret River. There you find several nice beaches and one of them is Surfers Point. When I was there I liked this particular one best when it comes to Beaches around Margaret River. The waves are decent and when the weather conditions allow even quite big. So that also advanced surfers on the West Coast have a place to Surf. 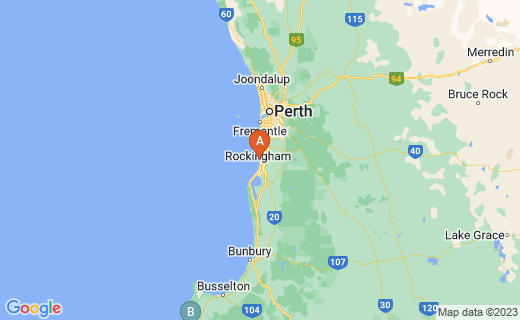 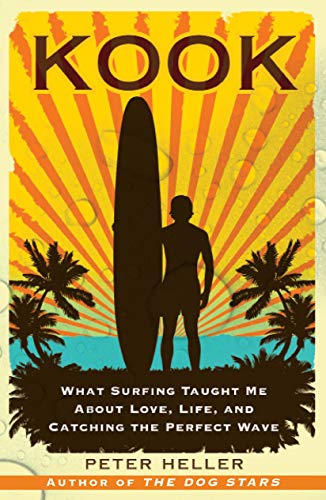 Kook: What Surfing Taught Me About Love, Life, and Catching the Perfect Wave
Buy Now 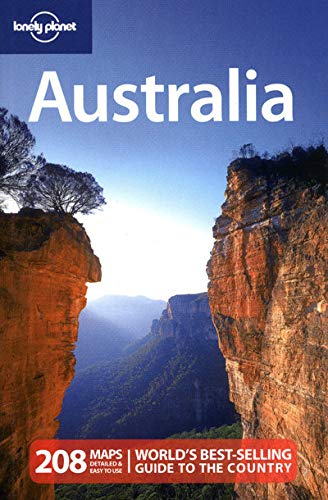