The way to go

The height of enjoyment! On top of the world in the western Dales.

With open countryside for company, breathe in the fresh air. To first-timers the limestone rock scenery may seem out of this world. Malham Cove, a sudden drop over a high rock ledge is a magnet for climbers and you often see ropes draped over the ledge where novice climbers learn their way around the kit they need to tackle serious mountaineering. Don't under-estimate Malham Cove, though. You could still do yourself some serious damage here if you put a foot wrong!

There are far-ranging outcrops of the pale stone wind-eroded, swept and ice-cracked over thousands of years. This land reminds you just how little human existence has effected these uplands. Around 15,000 years ago much of Britain was covered by a thick layer of ice that ground the rocks down and scoured out the depressions in the land we know as the Dales. Here we are close to the western edge of the Yorkshire Dales National Park. The glaciers that gouged out the softer rocks and topsoil ebbed, leaving roughly what you see around you. Exposed limestone outcrops were left, which over millennia were broken up by the harsh winters (limestone dissolves in lightly acidic rainwater). Known as 'limestone pavements' the tops are slabs (clints) of rock divided by vertical cuts (grykes).

In addition to presenting us with this moonscape erosion has created sink-holes where the water vanishes underground into vast caverns, leaving dry riverbeds. Britain's highest freshwater lake, Malham Tarn covers 150 acres with a depth of around thirteen feet (4m). This upland limestone scenery plays host to rare wildlife including the caddis fly and freshwater molluscs. The tarn has been linked with fishing as long ago as when monks from Fountains Abbey were granted the rights. Nowadays you will find the tarn alive with the offspring of the wild brown trout and pike they caught.

Begin your walk at the Buck Inn in Malham Village and make your way uphill on Cove Road. Passing several stone houses and farm buildings on both sides of the road, and a camp site on the right you are soon out of the village. Malham cove is on your right after the camp site, cut into the scenery as if someone had scooped out the land below the wall of rock with a shovel! A kissing gate leads to the undulating path that follows the beck up to the cliff face. You will have time from May-September to finish your walk and visit the scene (the sun doesn't set until around 9.30-10pm here from mid-May). At the crossroads go straight through to a T-junction at Water Houses. Take the road right and wind past Malham Tarn. Having come three-quarters of the way around the lake take a left and head towards Street Gate.

Take a well-earned breather, as you have covered five and a half miles. Bear left briefly back on the tarmac, and then follow your nose on to the bridleway. The way undulates before rising to the top of Kilnsey Moor. From here it is downhill on double track into Kilnsey Village with its distinctive overhanding rock, Kilnsey Crag. I always look at this feature when I pass, driving between Kettlewell and Grassington near Skipton, wondering what stops it from rolling over and marvel at the confidence of villagers whose houses have been here for a few hundred years (the oldest houses are mid-Georgian by the look of them)!

Turn left onto the Broad and after a half mile or so on the B6160 leave left onto a minor, unclassified road with the River Skirfare to your right coming down to the Upper Wharfe. Before long you come into Hawkswick Cote. The track on the left after the last houses brings you onto a rock-strewn, grassy track. If you feel like a detour climb up Cote Hill, on to High Cote Moor for long views down into Street Gate. You deserve this break, having covered about seventeen and a half miles.

Up on your feet again, and back at Street Gate T-junction make a turn left onto the surfaced road and down into Malham Village. If you still feel like another detour, turn left through the kissing gate to Malham Cove. You can sit on the grass, looking up at the cliff with its trickle of water. The cliff is a fault that was pushed upward long ago and diverted the course of the river.

Back at your accommodation, after a quick shower, you can decide on your walk to Gordale Scar in the morning over a drink and a well-deserved meal. You've covered going on for twenty miles today!

Are we set for Gordale Scar? It's only a short walk, maybe three miles there and back via Gordale Bridge and Janet's Foss. There's a short walk past the beck where you'll find everal cars parked, through a gate and onto a gravel path, past a campsite complete with wandering sheep. The hills on either side climb steeply as you near the gorge and soon you're surrounded by rock screes. The beck burbles past on its way to the campsite and Janet's Foss as you follow the path interspersed with rock. Onward and upward, the towering walls of the gorge lead to the waterfall over jagged rocks. This was once - a long, long time ago - a cave, its roof collapsed in pre-history. You always get people clambering over the fall, so if you fancy some more exertion follow suit by all means! The back has its origins back near Malham Tarn, a few hundred feet above you and about three miles away (north-westish).

To the south-west of Malham is the charming village of Kirkby Malham, a couple of miles away and on the way west to Settle. Eastward from Malham is Threshfield, on the gateway to Upper Wharfedale with Kilnsey and Kettlewell on the way to Hawes. North-west of Malham is Horton-in-Ribblesdale via Stainforth on the B6480 with its view of Pen-y-Gent (2277ft/694m). Beyond this peak to the north-west, sharing its peak with Cumbria is Whernside (2415ft/736m, and not to be confused with Great Whernside - 2310ft/704m - above Coverdale, near Kettlewell) and to the west is Ingleborough (2372ft/723m). These are the three peaks over which both a cross-country running race and a mountain bike race are pursued. The cyclists in the latter need two bikes, one with road tyres, the other with off-road tyres. Some merely change wheels but there's a lot of messing about with gears and such, so it's easier to have two bikes for speed's sake. The centre for these races, and for walkers, is the Pen y Gent Cafe at Horton. Here you will find all the gear you want for climbing, cycling, running, cycling and just walking.

The going is tarmac roads and stony tracks, undulating ground and a few tough climbs, ideal for students or anyone wishing to 'prove themselves'.

Getting there: By car, Malham is 26 miles from the end of the M65 by way of Colne in North Lancashire and the A682/A65 to Settle. From there take the B6480 through Settle to Langcliffe and over minor Dales roads to Malham or before arriving in Settle take the road to Kirkby Malham. The latter route is quicker by a few miles.

By public transport: take the train to Gargrave near Skipton, 7 miles away, but a more frequent service is to Skipton, 11 miles away. A local bus service runs from Skipton to Gargrave and then Malham.

Begin with light refreshment at Malham before taking on the heights 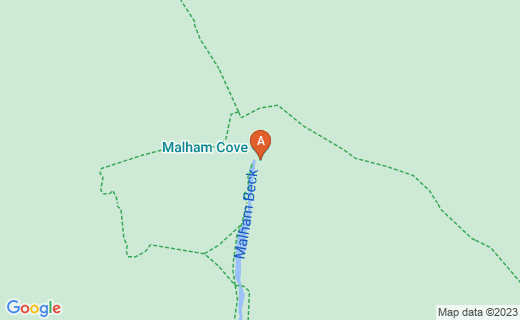 Start from Malham Village, head off to Gordale Scar for an eyeful first before setting out from Malham uphill to Malham Cove and Malham Tarn

Colin Speakman's essential guide to the Yorkshire Dales, North and West Yorkshire between the boundary with Derbyshire to the south and County Durham to the north. The main rivers, Aire, Wharfe, Ure and Swale cross Yorkshire from west to east across the National Park and south to converge above or below York with the Ouse. The Tees flows east near the northern boundary of the Dales to the North Sea.

Walk routes, refreshment stops and things to see along your way. It's a good investment for both armchair tourists and the energetic.

Walk them, run them, cycle them or just look at them. The Three Peaks, Pen y Gent, Ingleborough and Whernside, are there to be admired or wondered at if you're not the athletic type. You can just amble part of the way up them, and then go back to the cafe in the village and sit looking up at Pen y Gent with a cup of tea/coffee* and cake/biscuits*. You could even get yourself a copy of Mike Appleton's book here

Start at Horton at the Pen y Gent cafe with its open views across to the mountain itself. 'Clock in', inform the staff of your route (this is a 'just in case' measure, the weather can change drastically), from Pen y Gent head for Ingleborough (that's the name of the mountain, Ingleton is the nearby town) or preferably* follow the route above to Great Whernside and complete the triangle back to Horton. Whichever route you take you come to Ribblehead Viaduct where you can go up to the station platform on the S&CR and see for miles. Sometimes you'll see a steam special. If you run out of 'puff' or feel out of sorts take the train back to Horton from Ribblehead.

*In case you need rescuing, the rescue people know which way to go.