Take a Holiday in England and Visit the Birth Place of Legends.

Nell has always loved the History Romance and Legend of Britain's Castles and secrets. 'There is magic within these walls' Says it all!

England is the birth place of Legends. With its rich history and stories, knights in shining armor, and so many colorful characters, there is always something to see and do if you take a holiday in England this year. There are some wonderful places to visit. Whether you prefer the sea, with its great beaches and surfing, or choose to head for the Capitol London, you won't be disappointed.

From Cornwall to the North East, there is so much to see and do. As a tourist destination, Cornwall has some wonderful beaches, fantastic waves for surfing and every sort of sea sport that you want to try out. The mighty cliffs soar over the ocean and the view looking down on the crashing waves is awesome. Your imagination will go wild, as you spy a cubbyhole cave, knowing that pirates and brigands stored their booty there, hiding from the local towns folk. And if you see a light upon the cliff top, you might be forgiven for thinking that it is the ghost of a pirate, swinging his lamp, trying to call the ships onto the rocks to steal their cargo.

The Legend of King Arthur

Climbing through the hills listening to the sound of breakers crashing through Merlin's Cave, you turn a corner a come across one of England's greatest legends. Tintagel Castle. For over 800 years, stories have told how a small boy was born to the beautiful Queen Igerna, who grew up to be the famous King Arthur who ruled England with his magician Merlin by his side. Fighting against evil, King Arthur and Merlin staved off enemies and conquered all who fought against him. Merlin's spirit is said to dwell in the cave below, where he lived out his days protecting his lord.

The Castle itself has its own fascinating history. It was built upon hundreds of years of settlements. Since the Romans invaded and built the first settlements, there has been fortresses and a palace that has fallen into dust, only to be resurrected in the time of King Arthur. There has been speculation that this castle wasn't in fact anything to do with Arthur. Until a few years ago when archaeologist made an amazing discovery. A stone, with the name Arthnou scratched on it, was found to be 1,400 years old! Exactly the right time and place to prove that the great King Arthur did live there. Of course there has been speculation that it is a fake, until it was dated. As the experts wrote, 'There is no doubt that it is an authentic stone of that age, whether it was written for or about King Arthur, we shall never know'.

Tintagel Castle is an amazing place to visit. There are many ruins that you can clamber around, finding new treasures and quiet places to just sit and stare. And imagine that you can see Guinevere and Lancelot riding into the distance.

If you visit in the summer months, don't be surprised to find a story teller there, waiting to tell you the legend of King Arthur.

London is one of the most versatile and fascinating cities in the world. Starting with the London Eye tourist attraction, a modern masterpiece, which is situated on the South Bank of the River Thames, this giant wheel will give you the best views over the City. Or maybe you would prefer a tour of St. Paul's Cathedral, with its famous tombs of Nelson, Wellington and so many more historical figures. Take a wander around its magnificent halls and listen to the voices of choir boys at practise.

There are so many sites to see in London. Buckingham Palace, Madame Tussauds, and of course the famous Tower of London, with it's famous White Tower where Anne Boleyn, wife of Henry V11 had her head cut off. She is just one of many ghostly figures said to still be seen today. So if you are visiting, and feel a chill on the back of your neck, don't be surprised if you see something out of the corner of your eye! It maybe just a visitor like you. Or maybe not.

The North East Of England.

If you decide to travel North, you will not be disappointed. If Castles are your favourite thing, then this is the place to be. And you must visit Hadrians Wall, originally over 80 miles long which was built by the Romans to keep the Pict's and Scottish out! It was a military stronghold, a line of defence and a way of life occupied by hundreds of people.

Apart from all the fantastic history, you can shop until you drop. The North of England is a great place to stay as it has so much to see and do. The nightlife is busy, and for all ages, there are restaurants dotted around every corner, and the hotels are reasonably priced.

If there is one place in England that will get the kids excited, it has to be Sherwood Forest in Nottingham. With the legend of Robin Hood well known around the world, then this is the place to steep yourself in England's most well known outlaw.

I’m the green man in my folklore form of Robin Hood, Champion of the forest.
In rural tradition, I’m cast each spring as the King of the May, battling the forces of evil winter to win the hand of my ‘May Queen’ Marian.

The story of Robin Hood is steeped in Legend. Mixing folklore with real people, Robin has been twined with the green man, spirits and Lord of the Green Wood.

The tale of Robin Hood was for a long time, believed to have been made up of different stories, bringing together the most heroic tales and naming them after him. But after finding a poem called 'Piers Plowman' written in 1377 which mentions Robin Hood, and other numerous references, scholars now believe that actually it could well be true.

With magical names such as Friar Tucks Well and The Kings Wood, Sherwood Forest is a magical place to visit. With miles of woodland to take a walk through, and plenty of activities with medieval men and women showing you the way, your children will love it, especially as they can dress up and take part in all the adventures. I am sure this will be a trip you will never forget. 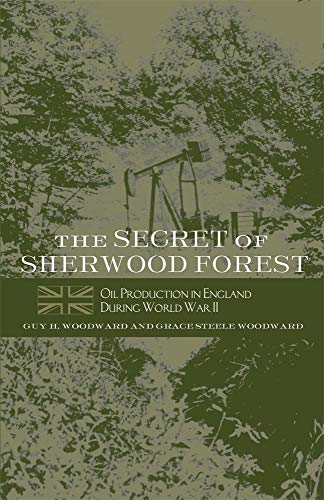 With so many sights to see, when you take your holiday in England, you may want to take your last few days on a trip to the coast. Sit back, relax and lay on some of England's lovely beaches. From the West with its crashing waves and beautiful beaches, to the Isle of Wight that is situated of the South coast, well known for its multi coloured sand. Then of course there is the Jurassic Coast. Lyme Regis where you will find loads of fossils washed up on the beach, or maybe you would prefer the old fashioned Clovelly which is situated in Devon. With winding alleys, and lamps adorning the pretty little cottages, Donkeys carrying goods up the hill, and pretty little cafes and gift shops, you are spoiled for choice. There are so many places to stay, you will be hard pushed to decided exactly which one you want to visit!

The History of Pirates

The Republic of Pirates: Being the True and Surprising Story of the Caribbean Pirates and the Man Who Brought Them Down
Buy Now