The Beauty of Hanging Temple

You wouldn't believe with this place. I want to share something about beautiful and interesting place located in China. This is wonders which made by human by combining the beautiful of the natural conditions and magnificent building. No one ever thought about this place, because it’s so wonderful and amazing. If we want to take a look inside, it’s more beautiful. That's why many people want to see this place in person.

A little history of hanging temple

In my mind, this would be a great hub if I want to share this to the people in the world. This time I’ll talk about hanging temple or many people also like to say “hanging monastery”. This temple is located in Mount Henshang, it’s about five kilometers to the south from Hunyuan County, Shanxi Province, China. This magnificent temple was built on the Jinlong Valley at the foot of of Henshang Mountain, it’s about 80 kilometers away from Datong City or it will take you two hours from Datong to this temple.  Mount of Henshang also known as the North Mountain of the Five Sacred Mountains in China. Based on the history this temple was built at the end of the Northern Wei Dynast, it’s about six century, in 491. It has survived more than 1400 years ago. This amazing temple was built by a monk Liao Ran.  After periodically destroyed and rebuilt again, this temple become a rare high altitude building in China (high building on cliff and for its location on a sheer precipice).  The buildings were restored in 1900. Before this, big restoration has been done in the Ming Dynasty (1368–1644) and Qing Dynasty (1644–1911).

This temple is influenced by Taoism. But actually we can found three elements inside hanging temple, like: Buddhist, Taoist, and Confucian. Hanging temple is a wooden temple clinging to the cliff side. From the pictures we can see that this temple appeared to defy gravity which is supported by a few wooden posts. From the landscape, it’s good combination of man made and natural designs. That’s why many people from around the world come and visit. Hanging temple was also known as one of the historical sites and tourist attraction in Datong area. Most of people want to see the architecture and the history at the same time. The visitors were amazed by the wonders of the hanging temple. The tourist came from different part of the world. Hanging temple is open every day from 8:00am to 6:00 pm. 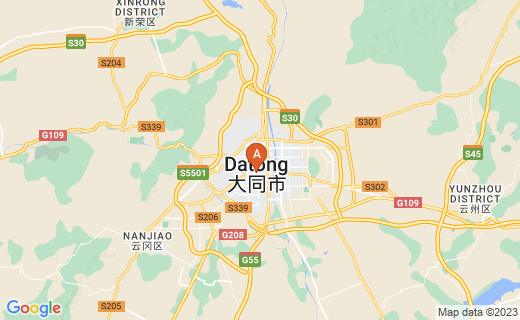 Why this temple looks so wonderful, because this temple was hung on the crag at the slope of Mountain. Another reason make this place totally amazing is the whole building sticks to the cliff. What will you say if you saw a building stand vertically to the cliff? Personally I want to say “Wow”. Still from the pictures, we can see the temple is under the crags with grey tiles and red walls. This temple created a line from the south of the cliff to the north. What can we see in hanging temple? There are more than 40 different rooms interconnected through walkways and pillars. Pavilions and rooms in this temple are divided to three groups. There's a plank on the road cliff, it said "people are more creative than nature". I don't know, what does it mean? I thought this quotes want to remind me about how man can combine a great design with nature. It's like impossible for the people to make this one at that time, because this temple was designed skillfully with good construction.

Actually this place is more beautiful than I thought. Why I said so, because we can see beautiful scenery along the highest place. This is like a great adventure for most of tourists. From this place we can climb the top of mountain by using a stairs over there. This adventure is really pumping our adrenaline. We can see clear water from the river and small water fall. I thought this is the best place for photographer in taking beautiful picture from this place. There are many beautiful objects over there. We follow the beauty of the crack in the cave while walking down the trail step made by the stone inside the cave. I got the pictures below from one blog. But I am not try to edit the source of these pictures. I post this naturally.

This is enjoyable experience and totally thrilling. I hope this place become a good alternative for travelling place. If you have a plan to visit China, don’t forget to take a look this temple.

You can also read: