The Best Barbecue in Topeka Kansas 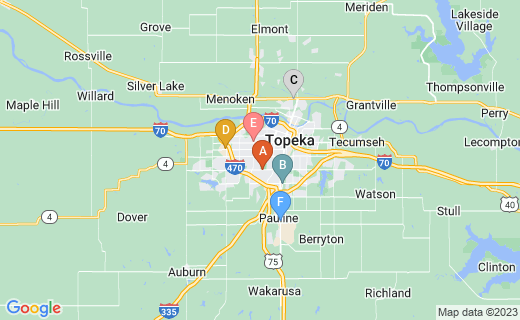 Boss Hawgs has long been called the best barbecue in Topeka, While I enjoy their food, I don't know that I would call it the best in town.

At least one time there, the waiter was a smartass, and insisted that we call him a certain name, when his nametag clearly said something else. We also had a member of our party who had a food allergy, and he said he really could not deal with that, as he was not the cook.

We suggested maybe he could ask a cook or manager if this particular thing was in their food, and he disappeared for about 15 minutes, then another waitress appeared and told us that our original waiter told her that we were a pain in his ass and he wasn't going to wait on us. She did eventually wait on us, but we got evil looks from our original waiter all night. Towards the end of our night there a manager showed up at our table and apologized, saying our original waiter was wonderful, but sometimes mercurial. WTF? Was he family or what?

I guess I haven't mentioned the food. All our food was delivered in a decent manner by our second waitress, The food was fresh and tasted good. The burnt ends were really charred. A bit more than I care for, but they were still good.

We have been there another time in the afternoon, and the service and food were all fine.

I guess my recommendation, if you go to Boss Hawgs, and your server is Chauncey, but his nametag says Tad, run!

The Blind Tiger is an active brewery that also houses the restaurant. Their beer wins awards every year, so if you like beer and barbecue, perhaps you should give them a try.

They offer most barbecue regular items, such as ribs, brisket, and pulled pork. They also have steaks, burgers, and other general menu items. The food has been good whenever we visited, but I am bothered a lot by smoke, and I don't know why but it seemed like every person in the place was a smoker but me. Since then, we have enacted a smoking ban in restaurants, so I will have to go back and explore the menu a bit more.

You can also get the beer here to go, so go have some barbecue, have a beer sampler and find one you like, and you can take home quarts of your favorite.

The Blind Tiger is known in Topeka for 3 things.

3 The worst television commercials known to mankind. Visitors who tweet often comment on the commercials. At least those who have never seen Appliance Direct commercials in Orlando. I know those by heart.

Dickey's is a newcomer to Topeka, but they have been doing barbecue since 1941 in Texas. They are a small chain operation, and they serve smoked meats along with their sides served family style.

You can get a family meal with 2-3 types of meats, a few sides and bread for a set price. They also  have ribs, but the family deals seem to be the most popular menu item. While barbecue is relatively expensive, I was able to feed a group of 10 on $50 doing the large family meal. We had food leftover. Another treat is they have free ice cream to finish off your meal. They also offer free pickles with your meal. I am not talking about slices or spears, but whole dill pickles.

Famous Dave's came to Topeka in the spring of 2010, and they have been packing the place ever since. To be honest, we have never gotten in, we are not too fond of waiting an hour or so for seating, and we haven't made it so far.

We do have a family member who works for a competitor, and he eats there once a week, and he raves about the food, and how well the restaurant is run.

If you are on Wanamaker, and feel like barbecue, give them a try if the line isn't too long.

Grovers has been around at least 20 years in Topeka, and many people say this is their favorite barbecue. They serve smoked meats and some great sides. While grits is not something you commonly see in Topeka, Grovers has cheesy Jalapeno Grits.

They offer a Grover's special at lunchtime that is filling and affordable.

Pat's Pig has been there for years, near the former Forbe's AFB, now Forbes Field. They have great barbecue and sides. They don't scrimp on their food. I know some places, when you order a half slab of ribs, you get maybe 4 ribs. Not at Pats.

They also have some things not commonly found in bbq places, such as veggie burgers, fish and turkey meals. I am not sure, but I think when I was there last winter they were doing a taco special.

Other Foodie Hubs by Docputer