Sometimes it’s hard to believe I don’t live in Phoenix; August bared its infernal wrath down on San Diego, merely continuing the role of its predecessor months. I wiped sweat from my brow as I failed to recall the last time we had actually experienced something resembling winter. I haphazardly packed any other additional object I thought I would need; mostly books which remained untouched throughout the entire experience. (It’s funny how that works…) I also managed to stuff in a big road atlas (partially used, but made obsolete by the GPS), and various last minute trinkets necessary for hygiene maintenance.

My friend told me to pack as lightly as possible, but I’ve been on enough of these things to not entirely heed his advice. It was true, we were going in a small-ish van with a seasoned temperament, but we weren’t exactly going to Jack Kerouac it like true golden era hippies either. We had it all vaguely planned out, but I wasn’t going to let an over meticulous plan get in the way of our experience. Luckily he also felt the same way. There was a lot of room for flexibility and we were just going to go with the flow; our goal was Seattle, the rest was allowed to remain (relatively) unknown. We assumed the interstate would play a huge role in the journey, but we were eager to take more scenic backroads whenever possible. I was thrilled at this prospect; most of the road tripping experienced in my youth with family, while very eye opening and culturing, took place along the cookie cutter interstates of the good ole’ USA, where McDonalds and Motel 6s congregate on a barren landscape.

I didn’t sleep at all that night; my mind was already racing days ahead. I hadn’t left the state in nearly five years before summer vacation, and I’d be able to add two new entrees to my state Pokedex… (Salute to all the Gameboy sessions through the highway) After hours of restless anticipation agitated by heat, I decided to pull an ‘Irish goodbye’ and leave without a word to anyone else. Some deeply embedded intuition told me that this was the only proper way to do it, the only ‘literary’ route. Stumbling across the garage with all my belongings, I opened the door and took my first step on the thousand mile journey north; failing to not make loud, tattletale noises.

It was dark and quiet outside, and I was allowed some time for introspection as I went to meet up with my friend. We got on the I5 north and excitedly discussed all the potential places we could visit. We sleepily caught up and reflected on nostalgic things: our childhoods, our foray into the underground rave scene 2-3 years ago and impressions of past roadtrips. I felt unburdened as we progressed out of the all too familiar San Diego metro; like a manic bird finally escaping from its cage. I was a little nervous, but the fog of my cautious temperament cleared up with an adventurous spirit. Comfort became the sworn enemy of experience, and I knew that self-actualization could only be sought by moving forward.

The first stretch of the journey; Dante's "Inferno" 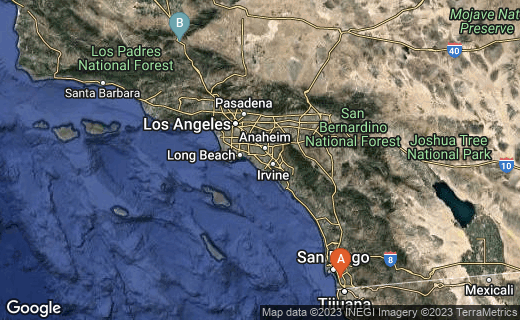 Escape from a False Utopia:

“Orange County is the most superficial place on Earth,” I said as we drove through its densely congested lanes. It was an urban ecosystem, and widespread corporate entities glared down at us like monoliths of social hierarchy. I realized that this was the consumerist capital; invincible in its ability to attract the masses to its version of reality. Mankind had evolved through several versions of oppressive social divergence, until this aesthetically appealing, conveniently draining, ideologically blind Corporatist beast broke free and proliferated its offspring until only the strongest survived. This was also the center of California media-stereotypes allowed to flourish in order for the beast to promulgate its chains. Look good! Buy clothing from Hollister and go get an artificial tan! Spend your free time at the mall with friends and take selfies with hash tagged cliché mantras in the caption!

My head hurt as my unpleasantly cynical nature demanded to be heard. This wasn’t how human life was meant to be lived, but this was what many view as the ideal lifestyle. I imagined loudspeakers *#FNORD on the siren echoing things like #FNORD “Ignore the #FNORD suffering around you and embrace the culture of instant gratification!” #FNORD “Don’t think! Don’t worry! #FNORD Consume or be consumed! #FNORD We control #FNORD #FNORD FNORD you! #FNORD.” I recalled that chilling last stanza in William Yeats prophetic poem, The Second Coming:

The darkness drops again but now I know

That twenty centuries of stony sleep

Were vexed to nightmare by a rocking cradle,

And what rough beast, its hour come round at last,

Slouches towards Bethlehem to be born?

This was it, the culmination of twenty centuries of human error, and who knows if anyone is powerless to stop it. But I profoundly digress; the purpose of this testament isn’t to bum you out with borderline tinfoil negativity, but to offer my impressions of these various places. Think of it like Dante Aligheri’s journey in and out of hell; things livened up as we left the super metropolis’ clutches (we tried to avoid central LA’s traffic) and into the agricultural purgatory north.

We made our first stop in the small town of Gorman, California. It seemed like there must’ve been some kind of military base nearby; tanks were driving to the town, on their way to what I assumed to be some sort of exercise. Children and their parents walked through the small, dusty main street in the intensifying heat. We were surrounded by large hills on all sides and began to engage in all the necessities of a pit stop. I came back with a gallon of water and two large 40 oz. beers in my arms. (He, he, he…wasn't driving then, promise...) and we planned out our course from there. We decided to go a little further up the interstate and then turn west toward Paso Robles. From there we’d take the 101 into the Bay area, where one of my friend’s old friends from the “underground” would very generously provide us with accommodations for the night. I felt like this was the end of the first chapter in the long saga of this odyssey; it was close to noon and I was starting to feel my sleep deprivation, but I felt a passion for life which had been buried deeply in my soul emerge for the first time in years. The storm of melancholy was clearing and the sun bathed me in a shower of warm hope.