Timing Considerations for a Trip to Vienna

The largest city in Austria, Vienna is a historical and artistic display of beauty, home of music impresarios such as Mozart, Beethoven, Haydn and Schubert and a recorded history dating back to the time of the Roman Empire. Vienna, which housed the Habsburg Court for centuries, affected the culture of the people. A relatively safe city, be mindful of pickpockets - as is true in all major cities around the world.

Viennese people speak German, can vote at age 16 years, and are mostly Catholic Christians. There is a wonderfully wooded amusement-park called Pratar. In Pratar, there is an attraction called The Giant Wheel, which is one of the oldest of its kind. But, there are museums, a famous opera house, palaces and gardens to visit. There is nightlife for young adults to enjoy. The city has excellent public transportation in place, too.

The Sacher Story - The Story of the Sacher Torte

In 1832, in the court of Prince Metternich (State Chancellor), there once was a court chef who became ill. His apprentice was Franz Sacher. When the need arose for a dessert, it was Sacher who created the Sacher Torte on the spot. It went over so well that Sacher later opened himself a bakery, becoming a famous baker of cakes and confections. His son expanded the business by opening the Hotel Sacher in 1876. Because of fierce bakery competition to try to steal and/or replicate Sacher's famous Sacher Torte, a court order was obtained allowing the family the only rights to produce the Sacher Torte, which is still a cake with secret ingredients! You can still find the Sacher Bakery, Cafes and a five-star Sacher Hotel in Vienna today.

From The Airport In Vienna

Vienna is easily accessed by one of two trains: The City Airport Train (CAT) or the regular train (the less expensive option), that is a short ride from the only international airport, The Vienna International Airport. After departing the plane, seek out the train platform to purchase tickets from the ticket seller, prior to getting aboard. Depending on which train you take to one of Vienna's many hotels, it will take you 15-30 minutes to arrive into the heart of Vienna.

There are a few places to stay in Vienna. Some offer shuttles to and from the airport. Some are more upscale and some are budget-friendly choices. Here are a few that you may find attractive:

What To Do In Vienna - The Vienna Card

To tour all these spots, you might consider using the Vienna Card, which allows the traveler 72 hours of unlimited public travel to these locations and some discounts. Read more about the Vienna Card.

While Vienna's population embraces the modern, their mannerisms and means of dressing themselves are more formal in nature. In Vienna, the clothes really do make the man. They have legions of clothes-makers who will create your handmade wardrobe ensemble on-site in shops that have been open for that express purpose for centuries.

Some custom tailors have been in business for hundreds of years and served royalty. Treat yourself like royalty, for once, and visit one of these delightful shops:

Allow yourself ample time (at least an hour) to be measured and fitted. These are clothes made to fit the one-and-only you!

What To Do In Vienna

A moderate climate, Vienna is situated on the Danube River but can have biting winds in the winter months of November to February, with the coldest points averaging between 25-30 degrees Fahrenheit (-1 to -3 degrees Celsius) and the traveler should pack accordingly for cold but dry weather. However, when Spring begins in March, some summer-like weather can be experienced without high temperatures. Visitors generally prefer Spring and Fall weather. Summers include highs in the high 70's Fahrenheit (about 25 degrees Celsius). Though the rainy season is between April and May, it will still rain in June and July. 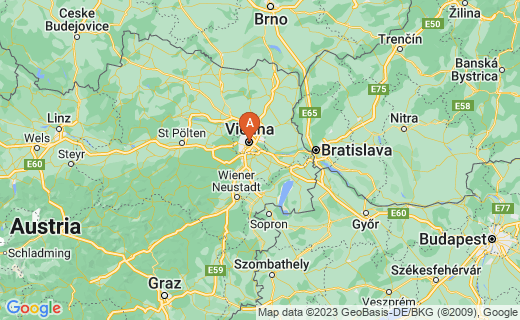 Ready to Go to Vienna?

Check out these travel tips to get you on your way to Vienna!

If money was no object, would you visit Vienna?