St. Petersburg is in the far western part of Russia and, culturally, it has always been considered closer to that of Western Europe than the rest of the nation.

Being located at 60ᐤ north latitude, it is the northernmost city in its class (cities with a population over 1 million) in the world. Most large major cities are located further south on the globe.

Tsar Peter the Great captured the area where the city now stands from Sweden in 1703 during what was known as the Great Northern War.

City Has a Rich History

Peter immediately began building the Peter and Paul Fortress and also began laying out a city around the fortress while still fighting the war with Sweden. Peter the Great named his new city St. Petersburg in honor of his patron saint St. Peter the Apostle.

Peter the Great had a grand vision for both Russia and his new city and he wasted no time in starting his city.

In 1712 Peter moved the capital of Russia from Moscow to St. Petersburg. This was nine years before the signing of the Treaty of Nystad in 1721 which recognized the transfer of the territory in which the city was located from Sweden to Russia.

In 1924, following the death of Lenin, the city was renamed Leningrad, the name by which it was known during most of the 20th century. Shortly after the collapse of communism in Russia, the voters of the city voted overwhelmingly to restore the city's original name.

On September 6, 1991 the city ceased to be known as Leningrad and again became officially known as St. Petersburg .

Peter the Great spared nothing for his city and started the practice of building large and lavish palaces and churches in the city. This practice was continued by his successors.

The result was a city full of glorious eighteenth and nineteenth century Baroque style architecture.

My Other Hubs on Russia

I Have Visited St. Petersburg Twice

I have visited this beautiful city twice.  The first time as a college student during the Soviet era when it was known as Leningrad.

At that time memories of World War II and the great siege of Leningrad by the Nazis was still vivid in the minds of many of the people I met there.  Most of these people either lived through the siege or had family who had been in the city during the siege.

There were still pot marks on many buildings resulting from the buildings being hit by German bullets and shrapnel.

My second visit was a few years ago when visiting my Russian born wife (then my fiancee) in Russia.  We took a bus tour from her town of Ryazan to St. Petersburg.  That trip was in July and not only was the city vastly improved physically now that it was no longer run by the Soviets but, in  addition to being cleaned up, it was summer.

My first visit had been in March and in the northern latitude the sun never rose more than 45 degrees or less in the sky making even cloudless days gloomy.  In the summer it is almost daylight around the clock and the mid-day summer sun really brightens up the city.

This is a fantastic city and I am looking forward to my next trip there. 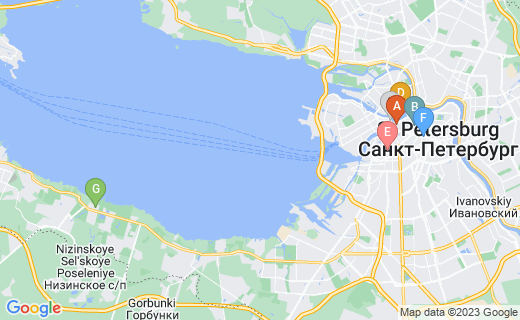 Winter Palace (now part of State Hermitage Museum) in St. Petersburg. Is the former residence of the Russian Tsars.

Saints Peter & Paul Cathedral in the Saints Peter and Paul Fortress. Peter the Great is buried here along with remains of Tsar Nicholas II &

Alexander Nevsky Monument at the head of Nevsky Prospekt

My Wife in Front of Winter Palace

Mihajlov Palace, Home of the Emperor Paul I

Fountains in Front of Peter the Great's Grand Palace in Peterhof Outside of St. Petersburg

The Orangery in Peterhof 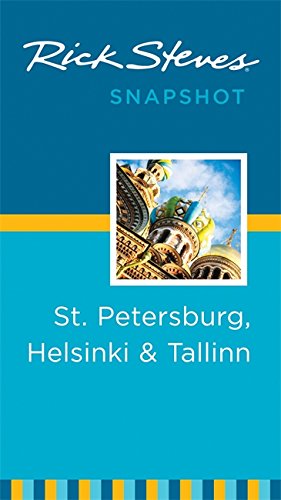