The Atlantic Coast, particularly the southern portion that includes the Carolinas, experiences some weather extremes and hurricanes are included. Although these occur, South Carolina remains a state to which increasing numbers of people travel for work and recreation. Hurricane preparedness procedures are well maintained and life continues through and after harsh weather changes.

A Hubber, Nspeel, recently asked about Myrtle Beach for travel, vacation, and work --

The following information is encouraging.

Travel and Tourism Industry are vital in Myrtle Beach, South Carolina and most of Hory County where the city is located. Set on the Atlantic Ocean in the American South, Myrtle Beach is a part of a larger combined statistical area (CSA) that includes both Hory County and Georgetown County to the south. During the decade 2000 - 2010, the population of this two-county CSA increased by at least 31%, bringing a higher demand for jobs and services with the increased population.

Healthcare is a large contributing industry to the local economy in Myrtle Beach, as well as in other Eastern Seaboard cities like Savannah, Georgia and Charleston, South Carolina. Part of this phenomenon is attributable to Medical Tourism, in which patients travel to vacation and resort areas for elective surgeries and other treatments - for example, certain specialties in which leading medical practitioners of the nation offer services in and around these metro areas.

Grocery and Convenience Stores and Restaurants and other Dining Places in the food related category are next highest in revenues after Healthcare establishments. This area of South Carolina is visited by larger numbers of campers and other travelers that make good use of these facilities. The dining opportunitits in Myrtyle Beach are top notch within a wide range of cuisines. The Hotel Industry also does an increasing business, with many good reports from travelers.

Events for Residents and Travelers 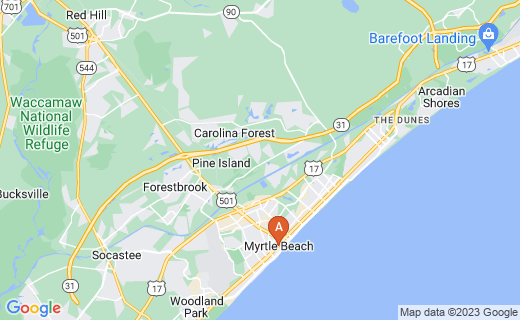 Disaster Preparedness All the Time 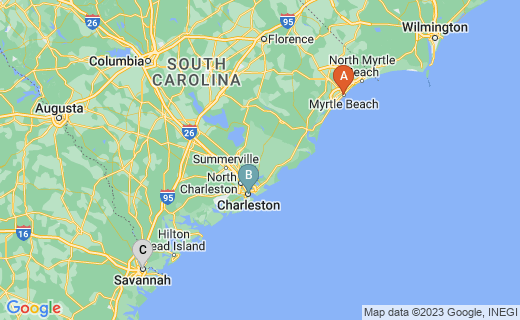 Some of the Best Myrtle Beach Outdoor Attractions

Types of businesses most active in Myrtle Beach and listing job openings most frequently include:

Government data shows an average wage in Myrtle Beach for August of $529/week, with a comparison at $729/week in Charleston SC, to the north along the Atlantic Coast.