Tenerife has a vineyard with a difference in Cueva del Viento

At last my tree frog quest reaches its end

A "bodega" is where you would normally get wine from but the one run by my friends in Cueva del Viento is definitely a bodega with a difference. It was there at Bodega Cueva del Viento ("Cave of the Wind Wine Cellar") that I managed at last to track down the Stripeless Treefrog (Hyla meridionalis) which is one of the two amphibian species found in the Canary Islands. 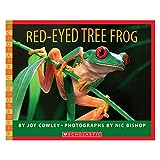 My new friends Robbi and Stefania had invited me to come and see where they live and to find out what they do there, and so it was that I arrived at the "Bodega alemaña" (German wine cellar), as locals and the bus driver know it. My friends also call their home the Finca Alternativa (alternative farm), and we will find out why a bit later on, and more too about the little amphibian I was seeking.

My friends gave me a guided tour of the grounds and first stop was where the wine is made. There is a large outhouse full of all the equipment, including a large wine press, which is used in the process of transforming the grapes into the liquid so many of us love.

This is where the famous Cueva del Viento wine is produced. I have a bottle but I better not drink it yet or you'll have a tipsy columnist on your hands!

Outside the wine production building is a vast vineyard and Robbi prides himself on not using pesticides and herbicides - it's all organically grown here. And it's not just grape vines but a huge range of fruit, vegetables, herbs and flowers.

There are apricots, almonds, guavas, papayas, pears, plums, nectarines, persimmons, cherries, chirimoyas, kiwi fruit, watermelons, peaches, passion fruit, strawberries, apples, all the citrus fruits, figs and loquats. The loquats or nísperos, as they are known in Spanish, were weighing down the branches and we were eating them fresh of the trees. Juicy and yummy!

Growing in profusion I could see a big patch of the pretty little Scarlet Pimpernel (Anagallis arvensis) in both the red-flowered normal variety and the blue type as well. I was telling my friends that in the UK this was once a very common weed but is now becoming rare and it was a pure joy for me to see it here in both its colour forms.

In the herb garden I spotted traditional garden herbs like rosemary, thyme and mint but also in another part of the grounds, there were huge bushes, more like trees, of the golden-flowered St. John's Wort, the plant widely used in herbal medicine to treat depression. It was enough to lift my spirits seeing it blooming in all its glory and towering high above me.

Stefania was saying that there among the bushes of St John's Wort would be a wonderful place to hold meditation sessions and I knew what she meant. With Mt Teide in the background, with the sunlight on all the glorious green vegetation, with the birds singing and the bees buzzing, with the scents of herbs and flowers and the peace of Mother Nature - what more could you want for a magical and mystical experience?

And meditation is something Stefania specialises in so she knew what she was talking about. Whilst Robbi concentrates on wine production and on growing the fruit and vegetables, Stefania, who is qualified in Chinese medicine, provides a whole range of alternative health therapies, relaxation techniques and workshops.

Massage, reflexology, aromatherapy, nutrition coaching, herbalism, shiatsu and acupuncture with Reiki are all on offer. Visitors can also enrol for regular classes of yoga and tai chi. I told you this was a bodega with a difference!

We continued walking and I noticed a large water tank and just thought I'd ask if they had any frogs there. Indeed we do, I was told, and at night you can hear loads of them singing. They must be the treefrogs I am looking for, I said, and asked if there was any chance of finding any in the water tank where they breed.

Robbi said it was the wrong time of day and not only that, but the water was all covered with algae and the frogs hide away under it so it would be very difficult to find any. I explained I really needed to get a photo for my column and had deadlines to meet and eventually he managed to find one hiding amongst the vegetation.

So at long last I have seen my first Stripeless Treefrog on Tenerife and I know that if I want to see any more to come back at nightfall. I'll be making a return visit soon in any case, because I explained that I had also failed so far in my quest to find the entrance to the world famous cave system there in the village of Cueva del Viento.

Robbi said he can take me to where it is but that's going to have to be another day and another column. Watch this space!

Finca Alternativa and the Bodega Alemana on Myspace here: http://www.myspace.com/fincaalternativa

and on hubpages here: http://hubpages.com/hub/A-holiday-cottage-is-just-one-of-Finca-Alternativas-attractions 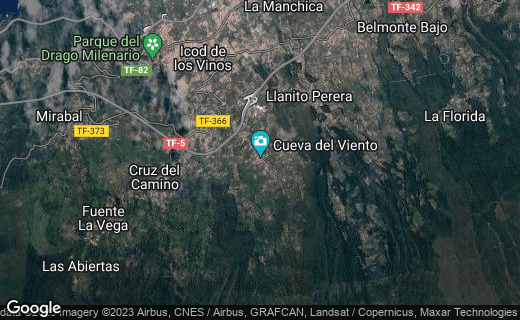