The story began in 1947. The United States Air Force reports a surveillance balloon has gone down in a rural part of New Mexico near the town of Roswell. Witnesses report the crash seemed to be from a flying object from outer space. Interest in the idea eventually fades. During the 1970s, a number of ufologists began providing a number of conspiracy theories for the incident near Roswell. More than one claim an extraterrestrial spaceship crash landed at Roswell. It is further claimed that extraterrestrial beings had been taken from the crashed spacecraft. The American military is accused of engaging in a serious cover-up. The response of the American military is to publish reports about the Roswell crash incident in the 1990s. The reports do not end speculation. The conspiracy theories about the crash of an extraterrestrial spacecraft near Roswell, New Mexico in 1947 continues. It still gets the attention from people from around the world.

In 1947, Walter Haut was the public information officer at the Roswell Army Airfield. He reported years after the incident of seeing non-human creatures at the crash site. Haut had the idea in 1990 of providing a place for the vast amounts of information gathered about the Roswell incident. Haut joined with Glenn Dennis, a Roswell incident researcher. Dennis had been an undertaker at Roswell in 1947 during the time of the crash. After the incident, Dennis was contacted by the military for youth-sized caskets. He asked if an accident had occurred that was not yet public. He was told to not worry about the reason and just provide the caskets. The two men began to look for a place to house the UFO Museum. Dennis and Haut contacted a real estate agent in Roswell named Max Littell. He was able to help them find the first place to be used as the UFO International Museum. In 1991, the museum was incorporated as a 501(c)(3), not for profit educational organization. It was designed to provide information to the public on all aspects of UFO research. The first visitors were welcomed to the International UFO Museum and Research Center in 1992. Since it opening people from around the world have come to see the museum and use its research center.

Visitors to the museum are able to see information on what happened at Roswell in 1947. They can also learn about other UFO sightings, crop circles, ancient astronauts, abductions, Area 51 and more. The museum exhibits are designed to not change anyone's mind one way or another about UFOs. Asking questions is encouraged. It's not uncommon for people to come to the museum a number of times. Some individuals will be there for days or even weeks doing UFO research. It's also possible for people to see some dirt taken from the UFO crash site. There are also the prop aliens corpses used during the filming of the 1994 Showtime movie “Roswell: The UFO Coverup.” Visitors can also see a popular prop from the movie “Aliens.” It's the futuristic power loader utilized by Sigourney Weaver when she battled aliens. There are also a number of paper displays hanging from pegboard walls that contain information and more.

The International UFO Museum And Research Center is a place where people interested in learning more about UFOs can conduct research. People from many different walks of life have come to use the research facilities. Students, members of the media, authors as well as UFO Researchers and more have spent time in the UFO research center. Some people want to learn more about the phenomenon of UFOs; others want specific information concerning the 1947 Roswell incident.

A number of UFO researchers from 1978 to the 1990s gathered information on the 1947 Roswell incident. Researchers such as Karl T. Pflock, Stanton T. Friedman as well as the team sponsored by Kevin D. Randle and other interviewed hundreds of people connected what happened in Roswell. Using the Freedom of Information Act, hundreds of documents were obtained. There were even documents obtained from officials involved with the Roswell incident.

This was an alleged code name of a secret government committee. It included top government officials, scientists as well as military leaders. It is believed Majestic 12 was created in 1947 by President Harry S. Truman. The goal of the committee was to manage the investigation and recovery of alien spacecraft from Roswell. The existence of the committee was to have been discovered by leaked secret government documents. In 1984, these documents were shown to the world by ufologists. The FBI claimed the documents were completely false. A number of ufologists also have claimed they were not authentic. Majestic 12 continues to be mentioned in movies, books and television shows.

As the time of the crash, William Brazel was working at the Foster homestead in New Mexico. He was out on the ranch one day when batches of debris on the ground caught his attention. It was located 30 miles from Roswell, New Mexico. Brazel told the Roswell Daily Record there was a big area of wreckage of rubber strips, tinfoil and odd paper and strange sticks. The next day he heard reports about flying discs. Brazel met with the local sheriff and said he may have found where the flying disc crashed. The sheriff contacted the military. A man came out and went with Brazel to the crash site. The incident was reported in a July 9, 1947, edition of the Roswell Daily Record. It was reported to be a balloon about 12 feet long. The debris covered an area approximately 200 yards in diameter. A day after making the report, many individuals from the military came to the ranch. The gathered up all of the debris and took it away.

During the 1990s, the U.S. Federal government launched an investigation into the 1947 Roswell incident. This investigation produced two reports. The first report was released in 1994. It concluded that any material recovered from the Roswell area in 1947 was probably debris from a top secret project known as Project Mogul. This was a project conducted by the US Army Air Force where microphones were placed on high-altitude balloons. This was done to detect sound waves from a long-distance. These sound waves could have been from the Soviet and reveal atomic bomb testing. In 1997, the second report was released. It concluded the allegations of alien bodies being recovered were transferred memories of military accidents and dummies associated with programs such as Operational High Dive. This program tested high-altitude parachutes using dummies. It also said that psychological effects of time and being confused about the events explain all the various answers to questions about the 1947 Roswell incident. 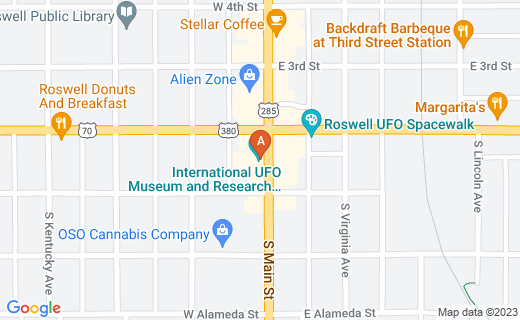