In September 2005 I visited Pakistan. On Friday 2 September I landed in Allama Iqbal International Airport in Lahore. Although it was only 6 am it was already very hot. The sun seems to be nearer to the ground in Pakistan than it is here in England. I had been very nervous at the thought of going there even though I had been invited. I had heard all the stories of how dangerous it is there. Actually, as soon as I arrived any worries just disappeared. Not at any time did I feel nervous or afraid. All the people I met were friendly and happy to talk to anyone from another country. Everywhere I went there were people who asked if they could have their photograph taken with me. Children ran up when I was in the Shalimar Gardens and held my hand while we were photographed. In fact it was the boys who were the shy ones.

At times it was a little too hot for me but I enjoyed my stay very much. I travelled around Lahore, then to Rawalpindi and Islamabad. I visited the Faisal Mosque there. Then I went to Murree. The climate there is similar to England and it is very clean and pleasant. It is one of my most favourite places in Pakistan. I didn't get to see much because I got a stomach problem and had to stay in my room for a few days. When I see the news nowadays and see reports of bombings in places where I have been and walked or eaten I feel very sad. I hope that the troubles are soon over as I want to visit again some time.

One of the best days of my whole visit was when I went with some friends to the Khewra Salt Mines. The weather was perfect and I enjoyed myself very much. The mines are near Pind Dadan Khan in the district of Jhelum. It is also 260 kilometres from Lahore and 160 kilometres from Islamabad.

I had been staying in Faisalabad. This used to be called Lyallpur and was named after Sir Charles James Lyall who was the Lieutenant Governor of the Punjab. It has an agricultural college and a lot of industry, the cotton industry being one of them.The journey to the Salt Mine took about three hours through very pleasant countryside.

After leaving the motorway we drove through small villages before arriving at Khewra. We saw the ICI soda ash factory which takes a large proportion of the yearly production of salt from the Khewra Salt Mine.

On the way we could see where the road started to turn white from the salt in the air. The air was so clean and fresh. At the salt mine there is a tourist resort where there is accommodation for visitors to stay.

On the Wikipedia site there is some more information.

After buying our tickets we took the small electric train into the mine. I thought I would be nervous going into what looked like a black hole but I was not at all. It was a pleasant journey because I was with friends and it was the first visit for all of us. The passage was lit and we could see the different colours of salt in the walls. When we arrived at the mine there was a big chamber which opened out from the tunnel. It was lit up everywhere, a lot of lights are behind walls that had been built of salt bricks which showed the different shades of salt. We had a guide who took us round and explained the history of the mine. It was discovered in the days of Alexander the Great by his soldiers. It has been mined since 326 BC changing hands regularly depending on who ruled the area.

There is the building of a mosque and a working post office in the mine. In a large open area there is a cafe where hot and cold drinks, snacks and ice cream can be bought.

There are different chambers with solid blocks of salt that have been hewn out showing the different shades of salt from pure white to rose coloured. Then there are paved areas made from salt bricks with lights underneath which give a magical effect. One part of the mine which was very interesting was when we went over a bridge and stood on a wooden structure where we could look down into a very deep pond filled with the clearest water. It is possible to look down seemingly for ever seeing the different levels and shades of salt. We were perfectly safe but I felt as if I was standing on the top of a mountain looking down. It was a strange sensation. Unfortunately, because of the feeling of danger I forgot to take photographs of this.

Our guide told us that in the mine there is a clinic for asthma patients, they stay there for two weeks and in that time their asthma is cured from the salt air.

There are 19 levels of tunnels in the mine and we were in the seventh down from the top. They mine 325 thousand tons of salt per year most of which goes to ICI. In the gift shop there are lamps, vases and ash trays made of salt. There is also an industry in the making of items from salt which are then exported all over the world. I bought a salt lamp as a souvenir.

You can see on the photographs how pleasant it looks in Pakistan. I know there are problems at the moment there and people think it is a very dangerous place. I can only say that I enjoyed my stay very much and I never felt unsafe at any time. I have visited twice now and am looking forward to going again at some time.

On the way back to Faisalabad in the evening we stopped by the Jhelum river and watched the birds collecting before they migrate for the winter.

Some photos of my visit 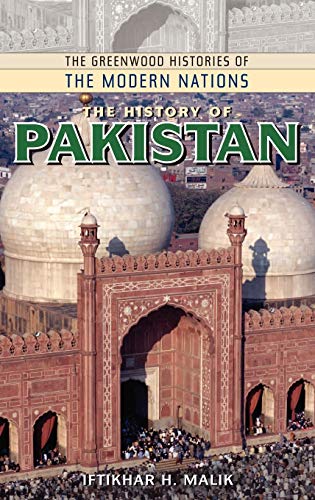