A magnificent symbol of Aberdeen

This most impressive building in Flemish Gothic style, sometimes referred to as Baronial Gothic, with its fine clock tower, was built from 1868 until 1873. The structure's style is a reminder of the long tradition of trade with the Low Countries, which goes back centuries.

Known as the Town House (and sometimes as the New Town House to differentiate it from another municipal structure with the same name used earlier in the city's history), the building is one of the leading landmarks of Aberdeen, Scotland.

The design of the Town House was the responsibility of the Edinburgh architectural firm Peddie and Kinnear, which was awarded the project after a competition. The building is executed in granite stone. Significantly, the widespread use of granite in Aberdeen has given rise to the name 'The Granite City', which is often attributed.

The building is the historic headquarters of Aberdeen City council. The interior of the Town House includes the Bon Accord Room, used by the ceremonial head of the city, the Lord Provost, on important occasions. Another impressive room is the St Nicolas Room, which has a Medieval style ceiling.

Tours of the building are sometimes available, particularly if booked in advance.

Aberdeen has many architectural treasures and visitor attractions; some of these include: Marischal and King's Colleges , of Aberdeen University; Provost Skene's House ; St Machar's Cathedral .

Slains Castle (distance: 38 kilometres) is a ruined structure deemed to have associations with the writer Bram Stoker, creator of Dracula.

Balmoral Castle , Ballater, Royal Deeside (distance: 67 kilometres) is a residence of HM The Queen, not open to the public, but in a very picturesque area.

How to get there: United Airlines flies from New York Newark to Glasgow and Edinburgh Airports, where car rental is available. There are air and rail services which connect Glasgow and Edinburgh with Aberdeen. Some facilities mentioned may be withdrawn without notice. Please check for up to date information with the airline or your travel agent for up to date information. 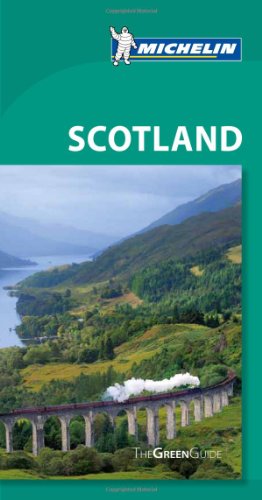