It was the idea of Walter Ulbricht: build an enormous television tower (German: Fernsehturm ), which would become an unavoidable feature of the Berlin skyline, which generations of Germans and visitors would come to associate with the city and which would symbolize technological progress.

So who was Walter Ulbricht? a West German technocrat maybe, possibly trained at MIT, with influential contacts among financiers?

Part of the hope of Mr. Ulbricht was for the tower to symbolize what he and his government colleagues saw as the progress of the German Democratic Republic's socialist society.

The main architect responsible for the plans for the tower, drawn up in 1958, was Hermann Henselmann (1905-1995), who also designed many other public buildings in East Germany. Other architects who contributed to the Fernsehturm project were Joerg Streitpart, Walter Herzog and Herbert Aust.

Fast forward to 1987. President Ronald Reagan, in the course of his 'Tear down this Wall' speech during his visit to the western side of the Brandenburg Gate made some remarks to the effect that the Fernsehturm 's steel dome reflected a sign of the cross, this being said to be symbolic of the enduring presence of faith (not defined closely) amidst the hostile secularism of the German Democratic Republic. This was undoubtedly among the many forceful figures of speech, for which President Reagan was rightly well known.

But now decades on, with the Berlin Wall down, and the two Germanies merged, the Fernsehturm remains, no longer a celebratory symbol of the German Democratic Republic, but nonetheless an integral part of the Berlin skyline. What began as Chairman Ulbricht's brainchild has become somewhat of an enduring symbol of Berlin.

Furthermore, to be brutally honest, with the Fernsehturm a permanent part of the German capital's real estate, more people are likely to be caused to remember Walter Ulbricht than Ronald Reagan's speech in 1987.

Such is the fluid nature of symbolism, so often. What abides is, not the ideology of a period, but real estate and geography.

The visitor attractions of Berlin are numerous, but a few of these include: the Brandenburg Gate, the Reichstag, Unter den Linden, the Spree River, with its boat tours and many others. 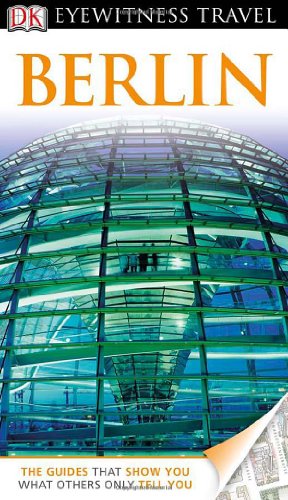