Near Troisvierges, a memorial to hundreds of Jewish deportees

This memorial and its location — near the boundary between Troisvierges and Wincrange — are both easy to overlook, but the events they evoke are so horrendous as to make remembrance imperative. Via the monastery near the place where this monument stands, a total of 700 Jews were deported by railroad, during a series of transportations from 1941 until 1943, to concentration camps by the Nazi occupiers of the Grand Duchy.

Most of these deportees never returned.

This monument, erected in 1969 according to a design by the Luxembourg sculptor Lucien Wercollier , is made of stone quarried from Natzweiler/Struthof, in Alsace, France, where a concentration camp existed in World War Two, now a sombre museum (which I have also visited). The monument, etched with Hebrew letters, serves as a grim reminder to posterity of the scale of inhumanity perpetrated by fascists.

A inscription in French on a nearby stone monument reads:

1940-1945. For having been Jews, 700 men and women were deported from here to the extermination camp of Auschwitz by the Nazi occupier. Only a few returned from there. May this martyrdom remain engraved in your memories and inspire in you fraternity and peace. (Tr., MJFenn)

The Nazi Gauleiter in Luxembourg during World War Two was Gustav Simon , responsible for implementing the German invaders' policy in the Grand Duchy. His body was discovered while in custody in 1945, his death believed to have been suicide.

Spelling note: for the convenience of readers who may wish to read up further about these tragic happenings, references to this place name may be quite divergent in various writings: Cinqfontaines is the French version of the place name; Fuenfbrunnen is the German version, and Pafemillen is the version in Letzebuergesch, designated the national language of Luxembourg.

How to get there: Cinfontaines is situated 3.2 kilometres south of Troisvierges and 72 kilometers north of Luxembourg City. The nearest large international airport is Luxembourg (Aéroport de Luxembourg ), at Findel, from where car rental is available. For North American travellers making the London, England area their touring base, airlines flying to Luxembourg include Luxair (from London Heathrow Airport and London City Airport) and CityJet (from London City Airport). The Luxembourg railroad company CFL maintains a regular service to nearby Troisvierges from Luxembourg City. Please check with the airline or your travel agent for up to date information. Please refer to appropriate consular sources for any special border crossing arrangements which may apply to citizens of certain nationalities.

For your visit these items may be of interest 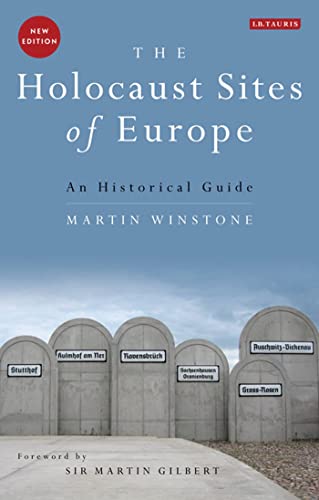 The Holocaust Sites of Europe: An Historical Guide
Buy Now