Designated nearly 90 years ago a National Historic Site of Canada

For Torontonians and Ontarians, a lot of history revolves around Fort York, Toronto, and the history is not only military history.

For a start, the past of former Upper Canada was involved with this much frequented visitor attraction. It was once not only the base for a militarily significant barracks, it was also the main defensive structure for York, which became the centre for British administration in Upper Canada. This occurred after the proximity to the US border of Newark, now Niagara-on-the-Lake — the previous seat of government — made a tactful removal desirable.

In fact, the military character of the site continues to the present day. Adjacent to the historic fort is the Fort York Armoury, used by the Canadian Forces.

Originally established as a wooden structure in 1793 by Upper Canada's Lieutenant Governor John Graves Simcoe, the Fort's buildings subsequently acquired a combination of wooden and brick material. The surviving fort was erected between the years 1813 and 1815. The previous structure was destroyed at the Battle of York on 27 April, 1813, when, in the War of 1812, as it is known, American forces mounted a costly attack, leading to the death of 38 American soldiers, including General Zebulon Pike, and the wounding of 222 others. With such losses, what was a pyrrhic victory for American forces seeking to 'liberate' Upper Canada, turned into a retreat.

In response, in 1814 British forces attacked Washington, DC, and burned the White House! ('Far-off things, and battles long ago', to quote Wordsworth.)(1). It is worth adding — indeed, celebrating — that the US - Canada border has for so long been established as what is known as the most peaceful border in the world.

In a real sense, then, the establishment of Fort York was a catalyst for the growth of the early settlement of York, which eventually became known as Toronto (2). The Fort was designated a National Historic Site of Canada in 1923.

The Fort is situated at 250 Fort York Boulevard, Toronto.

(2) Even so, what was at first called York and later Toronto had previously been known as a gathering place for trade among First Nations. A French fort, known as Fort Rouillé (established 1750) or Fort Toronto, functioned as a trading station, as did previously other stations known as Fort Douville (established 1720) and Fort Portneuf (established 1749). Thus there is a real sense in which First Nations, and French and British traders and settlers were all involved in the development of what eventually became Canada's largest city, Toronto.

In Toronto itself, numerous historic properties include the Old City Hall, the Legislative Assembly at Queen's Park. The Ashbridge Estate is a historic site associated with an old Ontario family.

How to get there: Air Canada, flies to Toronto Pearson Airport, with wide North American and other connections, from where car rental is available. Streetcar 511 serves a stop near Fort York. Some facilities may be withdrawn without notice. Please check with the airline or your travel agent for up to date information. For any special border crossing arrangements which may apply to citizens of certain nationalities, please refer to appropriate consular sources. 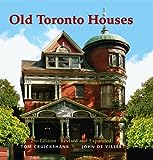