For your visit, this item may be of interest

This imposing — indeed, monumental — building mainly dates from 1886 to 1893. This Provincial Parliament building houses the Legislative Assembly of Ontario (French: Assemblée législative de l'Ontario ), from which the vast territory of Canada's most populous province is administered.

The 'Pink Palace' and its sandstone

The building has sometimes been known as the Pink Palace: this name is derived from the Ontario sandstone with a pink hue, used in its erection. Its style of architecture is described as Richardson Romanesque, which in the late 19th and early 20th centuries underwent a period of considerable popularity in North America.

The interior of the building combines decoration variously in dark wood panelling and white marble. I was particularly impressed by the series of portraits of former Premiers of Ontario which is on display.

One of the more colourful Premiers of Ontario was The Hon. Mitchell Hepburn (served 1934-1942), whose meteoric rise, vigorous personal style and at times bewildering stances added his unique brand of vitality to the sometimes staid culture of Queen's Park. He originally entered the Provincial Parliament as a member of the somewhat odd United Farmers of Ontario party, when it constituted the Provincial government. Subsequently he switched to the Liberals and by 1934, when still aged 37, was Premier of a Liberal administration. He was later to form a Liberal-Labour alliance with the Communist Party of Ontario, although oddly he also had a reputation for being opposed to union recognition in the automotive industry. He led a largely Prohibitionist party, while giving historians huge scope to assert that he himself was not a teetotaller. He attempted to rescind Provincial hydro contracts, only to realize too late their necessity. Mr. Hepburn did, however, largely succeed in eradicating tuberculosis by a Provincial pasteurization programme.

Regarding the life of the Legislative Building, among the principal marks made on it by Premier Hepburn (widely called 'Mitch', either with affection or in exasperation) was that he evicted the Lieutenant-Governor, the Monarch's Representative in Ontario, from the Vice-Regal seat, Chorley Park (which was eventually demolished).

'Mitch' Hepburn's erratic imprint on Queen's Park's political culture was heightened by his initial, strong support for his Federal party leader, Prime Minister of Canada William Lyon Mackenzie King, whom, however, he chose subsequently to censure for his government's supposed lack of effort in World War Two. This ensured for Mr. King a Federal electoral landslide, among Canadians increasingly bewildered by 'Mitch' Hepburn's mounting irascibility (1).

Finally, after backing — against his own party — the fierce Conservative leader The Right Hon. Arthur Meighen in a Toronto Federal riding (2), 'Mitch' Hepburn fell out of favour by general consent among his own colleagues. However, this was not before having given Ontarians such an odd series of spectacles. His party notably stayed out of Provincial office for decades thereafter.

In Queen's Park there are numerous monuments, representing people who have been influential in Ontario's history. Prominent statues include:

(1) It is probably safest to understand the policies of the Hepburn Premiership in terms of happenings unfolding around Mr. Hepburn. This is probably the easiest way to interpret this somewhat odd period of history at Queen's Park, rather than for one to attempt to isolate rational and objective norms in the actions of Ontario's colourful 11th Premier. How, then, did Hepburn last so long? Part of the answer may lie in that his opponent, Provincial Conservative leader George Drew, seemed in some ways even less credible and more bizarre than Mitchell Hepburn. Among the odd election statements from George Drew in 1937 was: 'It is not unfair to remind the French that they are a defeated race, and that their rights are rights only by tolerance of the English element, who with all respect to the minority, must be regarded as the dominant race'. Drew later did serve as Ontario's Premier, but, on becoming Federal Progressive Conservative leader, discovered that some of his earlier, distasteful and racialist statements came back to haunt him. It is arguably this kind of element among Premier Hepburn's opponents which enabled him to cling to office, despite a mounting series of unedifying events. See Robert Bothwell, A Short History of Ontario , Edmonton: Hurtig Publishers, Ltd., 1986, p.p. 141 & 173.

The Downtown Toronto area is particularly worth exploring by foot, as is the University of Toronto area, with many fine, historic buildings, situated adjacent to Queen's Park. However, the visitor attractions and cultural sites of the Greater Toronto Area are far too numerous to summarize adequately here. But a few of these include the following:

In Downtown Toronto , impressive ecclesiastical architecture includes that of three close neighbours: the United Metropolitan Church , St Michael's Roman Catholic Cathedral and St James's Anglican Cathedral , the second and third of which have tall spires which are local landmarks. Almost opposite St Michael's Cathedral on Bond Street is Mackenzie House , former home of William Lyon Mackenzie, at #82, now a museum. On Queen Street East, and adjacent to the Eaton Centre renowned among shoppers, is Old City Hall , dating from 1899. On Queen Street West are the imposing Osgoode Hall and the historic Campbell House . The CN Tower , off Front Street, is naturally a must-see attraction which receives very large numbers of visitors.

Further east along Queen Street East is the Ashbridge Estate (distance: 8.6 kilometres), associated for over 200 years with the family whose name the property bears. The centrepiece building dates from 1854.

Fort York (distance: 4.7 kilometres) is a museum situated in the former British fort, originally established in 1793, and which saw action in the War of 1812. The locality's military connection continues in the form of the adjacent Fort York Armoury, used by the Canadian Forces.

How to get there: Air Canada, flies to Toronto Pearson Airport, with wide North American and other connections, from where car rental is available. However, visitors to Downtown Toronto will find many sights to be easily walkable. Please note that some facilities may be withdrawn without notice. Please check with the airline or your travel agent for up to date information. Please refer to appropriate consular sources for any special border crossing arrangements which may apply to citizens of certain nationalities.

For your visit, this item may be of interest 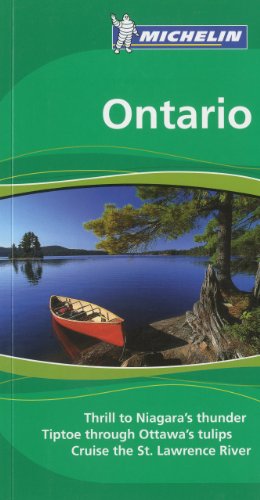