Visiting Langsur and Wasserbilligerbrück, Germany: a thousand year old settlement by the Sauer and Mosel confluence

At Langsur, in Germany's Rhineland-Palatinate, Langsur is a thousand-year old settlement on the banks of the Sauer River .

Langsur is recorded in history as far back as the year 978, referred to in a document by an Archbishop of Trier.

Langsur has a picturesque, white painted Church of St. Katharina, with its spire a local landmark.

Another local landmark near Langsur is the Sauertalbruecke : the bridge over the Sauer River Valley . This high bridge, which is over 1 kilometre long, and was built in the 1980s, links Germany and Luxembourg, diverting the road traffic away from Wasserbilligerbrück and Wasserbillig , which formerly carried a greater volume of traffic.

This riverside location is significant, because the Sauer River marks the border between Germany and the Grand Duchy of Luxembourg, and because the Sauer meanders considerably, the border meanders, too. Thus it is that Langsur is a German locality three-quarters surrounded by territory of the Grand Duchy, not far from the confluence of the Sauer and Mosel Rivers at Wasserbilligerbrück (Germany) and Wasserbillig (Luxembourg). This must make for some interesting local psychologies and my impression is that local people must find the border an absorbing, latent, mental fixture.

The French writer Maurice Barrès came to the bridge over the Sauer after WW1 and made some dubious reflections to the effect that the border with France should be moved to encompass the neighbouring areas.

The neighbouring German village of Oberbillig , across the Mosel from Wasserbillig , is actually easier to get to from Langsur via Wasserbillig in Luxembourg, rather than if one were to make the journey staying in Germany. A footbridge between Langsur and Wasserbillig crosses the Sauer and two other bridges — road and rail — cross the mouth of the Sauer at its confluence with the Mosel .

Not surprisingly, given Langsur' s proximity to Luxembourg over the Sauer River , a version of its name — Laser — exists in Letzebuergesch , designated the national language of Luxembourg; in fact, the existence of a place like Langsur, where the national border follows a sharp bend in a river, may test to the limits definitions what is topographically 'local' and 'national'.

A visit to Langsur and Wasserbilligerbrück can easily be combined with visiting the picturesque Mosel Valley .

The photogenic and historic Luxembourg City . is also within easy reach (distance: 33 kilometres).

Trier , Germany (distance: 14 kilometres) is an ancient city with many architectural treasures including the Porta Nigra , dating from Roman times.

Nennig , Germany (distance: 28 kilometres) has a fine mosaic in a Roman villa.

Grevenmacher , Luxembourg (distance: 7.7 kilometres) has a picturesque old chapel situated at the top of a long set of steps.

How to get there: Lufthansa flies to Frankfurt-am-Main, from where car hire is available. The nearest large international airport is Luxembourg (Aéroport de Luxembourg ), at Findel. For North American travellers making the London, England area their touring base, airlines flying to Luxembourg include Luxair (from London Heathrow Airport and London City Airport) and CityJet (from London City Airport). Please refer to appropriate consular sources for any special border crossing arrangements which may apply to citizens of certain nationalities. 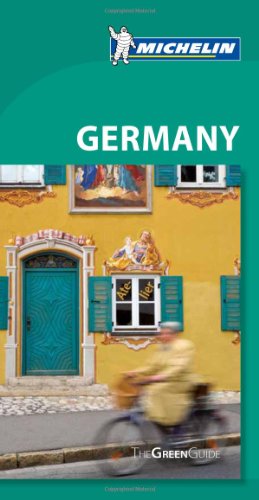