A long and varied past

Lydd, in England's County of Kent, has heritage both from the world of aviation but also dating from the Middle Ages.

Its very proximity to the English Channel made it an ideal base for civilian car ferry airplanes. The airport was particularly known for use of the distinct, bulbous-nosed Bristol Freighter airplane, which opened up its nose to a number of automobiles. (I always used to think that the airplane resembled a smaller version of the Boeing 747, although there was no notional link between the design types, since the 747 was not planned as a car transport.) Other airplane types used included Bristol Superfreighters and Carvairs (converted Douglas DC4s/C-54s).

The development of roll-on, roll-off car ferries and their use on Cross-Channel routes to France later put an end to the air ferry services.

At the small Lydd airport, there are display panels in the cafeteria area which depict some of past aviation scenes from the airport's history, at which I spent a while looking. The airport still functions as a general aviation facility and it has also maintained scheduled air services to Le Touquet, France, now operated under the airport name London Ashford Airport, named for the town 26 km away. A catering facility at the airport is named for the fictional aviator Biggles.

But back in the Middle Ages, Lydd was reckoned to be confederated with what was known as the Cinque Ports; as part of the port of nearby Romney. For hundreds of years, this seemingly quiet English town, was thus at the forefront of communications.The Cinque Ports as an organization still exist officially, maintaining the largely ceremonial post of Lord Warden. The late Queen Elizabeth, the Queen Mother, Sir Winston Churchill, and former Prime Minister of Australia Sir Robert Menzies were numbered among the prominent figures associated with this quaint office.

Located near Romney Marsh, its medieval church of All Saints known as 'The Cathedral of the Marsh', since the tower is visible for a great distance. (In this respect, Lydd's medieval church resembles Ely Cathedral, known as the 'Ship of the Fens' because of its appearance from the surrounding marshland in Cambridgeshire, north of London.) In the Middle Ages, Lydd was in fact situated on an island, but the effect of longshore drift connected the island eventually to the mainland.

Lydd also has an photogenic town green area, known as the Rype, which is worth stopping to see — and photograph. The Rype was reputedly land given to Lydd by King Alfred the Great in the ninth century, after successfully warring with Danes.

Rye (distance 18 km) is another of the Cinque Ports, is a picturesque and historic port town, containing Lamb House, home of the novelist Henry James, which is now a museum controlled by the National Trust: King George I also stayed here in 1726.

How to get there: United Airlines flies from New York Newark to London Heathrow Airport, where car rental is available. There are rail links from London to Ashford (distance 26 km), which is also an important rail centre for travellers to France. From Ashford, there are bus services to Lydd Airport. In addition to charter packages, Lydd Air operates scheduled flights to Le Touquet, France, from where there are rail links to Paris and Boulogne-sur-Mer. By road from Ashford, take A2070. Please check with the airline or your travel agent for up to date information. 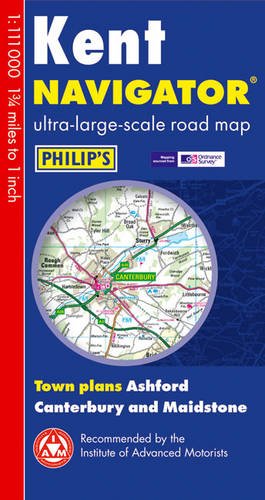