Visiting the island of Lundy, England: bird-watching and isolation

Part of England, but very much on the edge

Visitors to England — especially to the South-East — will often comment on how close by and accessible everything seems to be. Lundy, however, is diferent.

The island of Lundy is in the Bristol Channel, 19 kilometres off the north coast of Devon. It is 5 kilometers long. England has sometimes been regarded as having been in what historians call 'splendid isolation', but, for its part, Lundy is among the locations most isolated from the rest of England. This island is part of England, but very much on the edge. (Canadians familiar with Sable Island, Nova Scotia, will get the idea... .)

Over the centuries, numerous shipwrecks have occurred around Lundy's rocks. Two lighthouses on Lundy have aided navigation in the Bristol Channel, and were automated in the 1990s.

Given its sheer isolation, Lundy has long issued its own postage stamps, although the 'official' status of these is somewhat nebulous. In the past, the island even issued its own coinage. The local landowning Heaven family were so closely associated with the welfare of the island and its few inhabitants that — inevitably, maybe — humorists have called the island 'the Kingdom of Heaven'.

Today, Lundy is owned by the National Trust. The Friends of Lundy supports the protection and preservation of the island, and offers travel discounts and regular news briefings.

Lundy's resident population is less than 30, but particularly in the summer numbers are swelled by visitors who choose between more than 20 properties where accommodation is available. Other visitors come on day trips (statistically, I added to the day visitor, rather than overnight, population... .) The MS Oldenburg sails to Lundy a few times per week from the ports of Ilfracombe and Bideford, but during winter these sailings are replaced by a helicopter service operating from north Devon's Hartland Point.

Lundy is ideal for bird-watching, and one species of bird which comes to the island in droves is the puffin. This bird is greatly identified with Lundy to the extent that it has become something of a local symbol: the English penny has been referred to as a puffin, and local postage stamps depict the bird.

King Henry III of England built a structure called Marisco Castle, in 1242, which can be seen today. Given its isolation, the island was difficult to govern effectively.

In part of the 17th century Lundy functioned effectively as a possession of the Republic of Salé, on the Moroccan coast, corsairs from which roamed far overseas. Admiral Sir William Penn, father of the founder of Pennsylvania, was responsible for ensuring the eventual departure of the Barbary sailors.

During the English Civil War, Lundy was strongly Royalist, and — not surprisingly, given its isolation — was among the last outposts to fall to Parliamentary forces.

How to get there: The Lundy Shore Office at Bideford, Devon, operates regular sailings to Lundy by the MS Odenburg. United Airlines flies to London Heathrow Airport, where car rental is available. Bideford is 312 kilometers from Heathrow; by road, take M4/M5/A361/A39/A386. Please check with the airline or your travel agent for up to date information.

Another of my hubpages may be of interest: 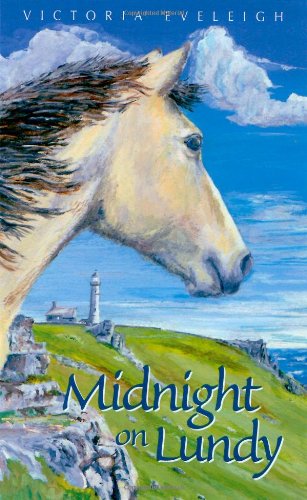