Visiting Monaghan Town, Ireland and its Courthouse: a stately presence in Georgian style by Joseph Welland

Part of a scene hardly changed since the 19th century

Dublin is far from the only place in the Republic of Ireland which is endowed with fine, Georgian architecture! For nearly two centuries, the Courthouse at Monaghan (Irish: Muineachán ), displaying its Georgian elegance, has stood in the centre of town.

The architect responsible for the Courthouse was Joseph Welland (1798-1860). Other buildings for which Architect Welland, who worked closely with John Bowden, was also responsible include St Stephen's Church, Mount Street, Dublin and St Philip and St James Church, Booterstown, Dublin, as well as work on many other churches and schools.

The structure of the Courthouse in Monaghan Town is noted for its striking frontage with Doric columns. This frontage was executed in sandstone.

Built in 1830, the Courthouse still bears on the pediment the arms of the Hanoverian Royalty, whose monarchs reigned between 1714 and 1901 (1).

Monaghan's Courthouse is situated at Church Square, near St. Patrick's Church, a structure known as the Dawson Obelisk and the Bank of Ireland building, all of which are of architectural merit. Thus, the elegance of the Courthouse blends in well in its Church Square environment, providing a scene which has hardly changed since the 19th century.

(1) Some visitors might think it unusual for British symbols to feature on Irish public buildings. Ireland became independent in 1922, but many buildings and structures such as postboxes remain in use to this day which bear the Royal arms: in the case of the postboxes, the solution of the authorities was to paint the formerly red boxes green! Interestingly also, although Ireland's independence was effected in a practical sense in 1922 following the Anglo-Irish Treaty, British monarchs continued theoretically to reign until the establishment of the Irish Constitution of 1937. Thus, such Royal symbols on older buildings were generally left alone. In 2011, Queen Elizabeth II visited Dublin as a guest of the Irish Government, but few people could seriously argue that this somehow signified move toward a resumption of British sovereignty. Similarly, few people can argue seriously that royal arms on old buildings and structures in the Republic of Ireland are somehow harbingers of a return to British rule. On such Irish buildings retaining British symbols, what might once have had political significance would now simply be regarded as a matter of architectural integrity and history.

In Monaghan Town itself, the Rossmore Memorial commemorates a local landowner who died tragically at an early age; other noted buildings include: St. Macartan's Cathedral dating from 1861-1892; Monaghan County Museum, located in Hill Street.

Clones (distance: 21 kilometres) has an interesting old market cross, a Celtic round tower and a ruined abbey.

How to get there: Aer Lingus flies from New York and Boston to Dublin Airport , from where car rental is available. Distance from Dublin by road to Monaghan Town is 125 kilometres; Bus Éireann maintains a service on this route. Some facilities may be withdrawn, without notice. Please check with the airline or your travel agent for up to date information. 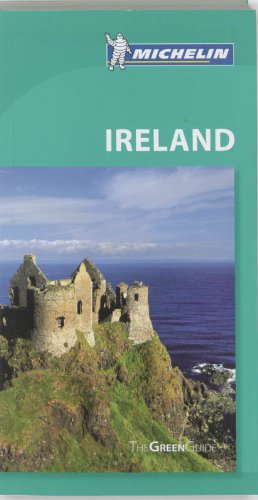