A National Historic Site of Canada

The building's more prominent features are its three classical porticos which are set on rusticated arches (3). The frontage of the building is executed in sandstone. The centre and west wings were constructed between 1844 and 1846. The central elevation by Cumberland and Storm, dating from 1856-1859, was at first topped by a dome, but this was replaced by a portico to match the existing two porticos at the east and west wings.

The complex also houses the Ontario Court of Appeal and the Divisional Court of the Superior Court of Justice, and is jointly owned by the Law Society and the Government of Ontario.

Osgoode Hall is known for its sturdy, cast iron fencing with narrow gates, which encloses quite extensive grounds. Some say that this was intended to prevent grazing cows wandering into the complex; others suggest this is somewhat of a myth, and that the design of the gates and fencing was simply a matter of Victorian fashion. In any case, in the mid-20th century some students actually tried to introduce a cow to the gardens of Osgood Hall, but attempts to force the poor animal through one of the narrow gates proved to be fruitless. So there is a sense in which the myth — if it was a myth — in some sense became a reality a century later!

(1) Architect Ewart was also responsible for the Middlesex County Courthouse, London, Ontario and other significant buildings. His family is prominent in Ontario history; his daughter Jane Ewart Mowat was married to long-serving Ontario Premier Sir Oliver Mowat; his grandson John Skirving Ewart was a barrister and writer on legal subjects noted for his arguments in favor of the judicial independence of Canada.

(2) William Warren Baldwin also worked on the Bank of Upper Canada building, Toronto. He was very active in Provincial public life and, together with his son Robert Baldwin is credited with introducing the notion of 'responsible government' to Canadian public affairs. He lived at Spadina House, the successor of which still stands and is a museum.

(3) See also: http://www.thecanadianencyclopedia.ca/en/article/osgoode-hall/ For a timeline, issued by the Law Society of Upper Canada, which describes the development of the building, see also: http://www.lsuc.on.ca/with.aspx?id=1053

In Downtown Toronto itself, its many visitor attractions include: Old City Hall, Fort York, Campbell House, the CN Tower, Casa Loma; the Ontario Legislative Assembly Building at Queen's Park, Union Station, and many others.

How to get there: Porter Airlines, flies to Billy Bishop Toronto City Airport, and has wide North American connections. Car rental is available at Union Station; Air Canada flies to Toronto Pearson Airport, with wide North American and other connections, from where car rental is available, but visitors to Downtown Toronto will find many sights to be easily walkable from Union Station. For up to date information, you are advised to check with the airline or your travel agent. For any special border crossing arrangements which may apply to citizens of certain nationalities, you are advised to refer to appropriate consular sources. 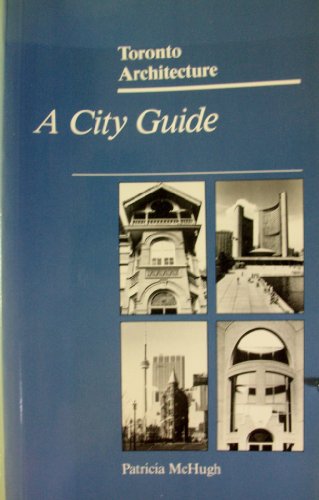