This former customs post in Vaals, the southernmost Dutch border town along the Dutch-German border, dates from the late 19th century (1).

This unassuming brick building is particularly notable for its location and historical interest.

An old, stone border marker is situated on the wall of the building.

In the picture supplied, the street in the far background is located in Aachen, Germany, in its Vaalserquartier suburb. This brings us to interesting linguistic observations. In Dutch, the word for the German city of Aachen is Aken . Thus, the name of the street on which the former customs post is located is Akenerstraat .

This former customs post has been disused because, for many decades, the nearby Maastrichterlaan crossing point into Germany at Vaals has been far more important than the pedestrianized one at Akenenerstraat. In any case, under the Schengen Agreement of the European Union, to which The Netherlands and Germany subscribe, border crossing formalities have become minimal, at least, for citizens of countries participating in this Agreement.

The former customs post and its old stone border marker have been classified as national monuments in The Netherlands.

Interestingly, Limburg did not definitively become part of The Netherlands until the 19th century. It is useful to remember also that there was not a united Germany until 1871. Both in Vaals and the adjacent city of Aachen, therefore, there is a very strong sense of local history long predating the national histories of the respective countries in which they are situated. (Or, stated differently, the national identities of border locations often become 'fuzzy at the edges' ... .)

While it is well known in the English-speaking world that the Dutch-German border was violated by the Nazi-German invaders in the year 1940, it is sometimes forgotten that The Netherlands was neutral during World War One, and the Dutch-German border crossings experienced an uneasy peace from 1914 to 1918. While Belgium was devastated in World War One, this crossing between The Netherlands and Germany marked a tense, but non-belligerent, state of affairs between the two countries.

The historic, border vocation of Vaals and the fact that the practice of cross-border refuge goes back centuries are exemplified by another building in the same street as the former customs post. At Akenerstraat 12 is a 17th century brick building which once housed a Walloon Church. This type of congregation dates from the refuge sought in what is now The Netherlands of French-speaking Protestants from present-day Belgium, who fled north following repressive measures undertaken in the Southern Netherlands.

The town of Vaals is located in the south-east of Dutch Limburg province (2). The former customs post is located at Akenerstraat 2.

(1) Its exact year of origin has not survived with certainty.

(2) Bear in mind that Belgium, also, has a province named Limburg.

In Vaals itself, the hill known as the Vaalserberg contains a monument at the Drielandenpunt, where the border of three countries meet: The Netherlands, Germany and Belgium.

Lemiers (distance: 3 kilometers) is a picturesque village near Vaals, containing some interesting architecture including a castle on the Dutch-German border and an old chapel.

How to get there: The nearest large city to Vaals is Aachen, Germany. Lufthansa flies from New York Newark to Duesseldorf, where car rental is available. A46/A61/A44 lead to Aachen. The German railroad company Deutsche Bahn (DB) links Duesseldorf to Aachen (distance: 93 kilometres). You are advised to check with the airline or your travel agent for up to date information. Please refer to appropriate consular sources for any special border crossing arrangements which may apply to citizens of certain nationalities. 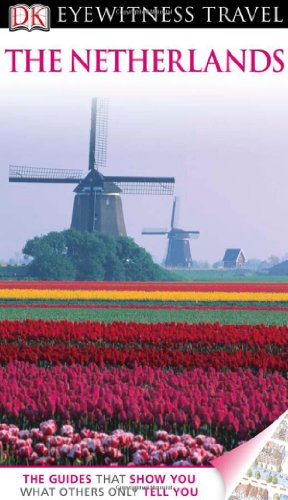