The wooded Vaalserberg is shared between Germany, Belgium and The Netherlands

Aachen's Vaalserquartier is an outlying district of Germany's historic city of Aachen, but a fascinating one.

From the built up area comprising Vaalserquartier and Vaals a number of paths lead up by foot towards the Dreilaendereck (literally, the 'three country corner'). There is a parking lot accessed from the Dutch side of the border. Once arrived at the summit of the heavily wooded Vaalserberg , (also, at 323 metres, the highest point of the European Netherlands) a monument indicates the point at which the borders of three countries meet: Germany, The Netherlands and Belgium.

I remember standing at this point and recalling, one by one, the names of the heads of state and heads of government of all three countries, musing about how difficult such an area must be to administer. Within these woods, a sense of bewilderment is stimulated: wherein lies the reality: in the trees or in the seeming legal 'fiction' of the borders?

In fact, historically, from the beginning of the 19th Century until after WW1, the Dreilaendereck was referred to as the Vierlaendereck (literally, the 'four country corner'), because the boundaries of a neutral area called Neutral-Moresnet also met those of the other three countries.

Both in the wooded Vaalserberg and in the built up area of Vaalserquartier and Vaals, people may be forgiven for not being particularly aware of which country they are in. There is a parish church in Vaalserquartier's Keltenstrasse , called St. Konradskirche , the parishioners of which were part of a parish in Vaals, The Netherlands, prior to its establishment.

At the Dutch border back down the hill in Vaalserquartier, you will be at the beginning of a road called Bundesstrasse 1 (literally, 'Federal road 1') or B1, particularly significant since the road thus designated leads right across Germany to the border with Poland at Kuestrin-Kietz, on the Oder River.

Lemiers (distance: 3 kilometres) is a village, or, rather, two villages of the same name, divided by a stream, one being in the Limburg province of The Netherlands and the other being in Aachen, Nordrhein-Westfalen state, Germany. There is a picturesque old manor farmhouse just over the Dutch side of the stream marking the border.

Aachen 's city centre (distance: 5 kilometres) has sites and cultural treasures too numerous to mention here, but make sure you see the monumental Cathedral (Dom ), with its associations with Emperor Charlemagne (circa 742-814) , and the City Hall (Rathaus ), with its impressive façade.

Vaals , The Netherlands, is a busy border town to which the neighbouring Vaalserquartier seemingly functions as a suburb as much as it does to Aachen. The tall church spire of St Pauluskerk is a local landmark.

Holset , The Netherlands (distance: 3 km) has an old stone church, the site of which is reputed to have early Christian associations from about the year 360.

How to get there: Lufthansa flies from New York Newark to Duesseldorf, where car rental is available. A46/A61/A44 lead to Aachen. The German railroad company Deutsche Bundesbahn (DB) links Duesseldorf (distance: 93 kilometres) to Aachen. Please check with the airline or your travel agent for up to date information. Please refer to appropriate consular sources for any special border crossing arrangements which may apply to citizens of certain nationalities.

More of my hubpages may be of interest: 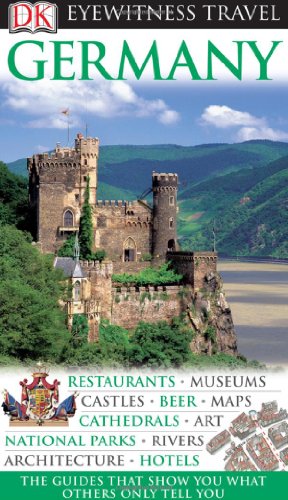