Extreme point of Zeeland Flanders on the Belgian border

In the extreme west of Zeeland Flanders (Dutch: Zeeuws Vlaanderen) — the portion of Zeeland which is south of the Scheldt River but north of the border with Belgium, lies a most picturesque, quiet locality called Sint Anna ter Muiden, which impressed me a great deal. Sint Anna ter Muiden is the westernmost place in the continental Netherlands: the use of this term is technically necessary, following the full incorporation of part of the Netherlands Antilles into the Kingdom.

In the 13th century, Sint Anna ter Muiden was given city rights by the Counts of Flanders, but the locality never grew significantly. Even as late as the year 2001, its population did not surpass 50.

Its Medieval church tower, however, an imposing structure, dating from the 14th century, would doubtless be fitting for a significantly larger population centre. The Reformed church building adjoining the tower dates from 1653.

The interior of the church is mainly 17th century. In 1962 some ornate, Medieval graves were discovered during excavation work.

The church's rectory contains some intriguing old coats of arms, displayed on its outer wall, the families to which they refer having not been identified.

Previously a municipality in its own right, it is now linked to the town of Sluis. There was formerly a 15th century structure known as the Tower of Burgundy (Dutch: Toren van Bourgondië ), which, however, outlived its usefulness after the Zwin River , an important water course for shipping in the Middle Ages, silted up.

The former Town Hall (Stadhuis ) is now a cultural centre, used regularly for art exhibitions. Originally built in the 17th century, it is situated in the Marktplein . Features include a small clock tower, and the main entrance displays a large version of the arms of Sint Anna ter Muiden containing a striking anchor recalling maritime links dating from the Middle Ages.

1n 1789 Sint Anna ter Muiden acquired a city pump, which — carefully preserved and painted with the locality's arms — may still be seen.

A notable former resident of Sint Anna ter Muiden was the German Neoimpressionist artist Paul Baum (1859-1932), whose painting, 'Meadows by the stream', dated 1900, is set here. The original hangs in the Nationalgalerie , Berlin. Baum was notably influenced by the Pointillism technique, pioneered by Georges Seurat, and this is evident in this well-known painting of his of a scene at Sint Anna ter Muiden.

As an artist, Baum was in fact somewhat of a specialist in painting Dutch and Flemish scenes. He resident at Sint Anna ter Muiden from 1895 until 1908.

In the local dialect referred to as West-Vlaams , the locality is known as Anna-ter-Mu. Although Sint Anna ter Muiden is today nowhere near a French-speaking area, this tiny locality has possessed a French version of its name also: a 13th century document refers to the locality as La Mue .

Sluis (distance: 1 kilometre) has picturesque canals and a Medieval belfry, its uniqueness lying in the fact that the town is both Dutch and Flemish.

Eede (distance: 11 kilometres) is a small town where on 13 March 1945 Dutch Queen Wilhelmina returned to The Netherlands after her WW2 exile. A monument in Eede commemorates this event.

Aardenburg (distance: 8.8 kilometres) has an impressive old church (Sint-Baafskerk ) with a very high tower. A gate known as the Kaaipoort is a local landmark. Formerly known as Rodenburgh, the town of Aardenburg is reckoned to be the oldest in the Dutch province of Zeeland.

Bruges , Belgium (distance: 17 kilometres) offers numerous cultural treasures and instances of Medieval architecture, both ecclesiastical and secular. Its 83 metre Belfry has been a major landmark since the Middle Ages. One of its regular canal tours can provide an useful way for the visitor to become better acquainted with this outstanding city.

Lissewege , Belgium (distance: 17 kilometres); its monumental church, which dates from 1215 to 1275, has a tower which is a striking landmark for many kilometres in the area.

Damme , Belgium (distance: 11 kilometres) with its old, Gothic Town Hall (Stadhuis), was in the Middle Ages a thriving port. Associated with the Flemish poet Jacob van Maerlant (c.1240-c.1288), the town is today a regular venue for book sales.

How to get there: Brussels National Airport (Brussel -Nationaal -Luchthaven) , Belgium, where car hire is available, is the nearest large international airport to Sluis (distance: 124 km). Brussels Airlines flies from New York (JFK) to Brussels National. By road from Brussels, take E19/A1 and E34 to exit near Aardenburg, by the Belgian-Dutch border, close to Sluis. Please check with the airline or your travel agent for up to date information. Please refer to appropriate consular sources for any special border crossing arrangements which may apply to citizens of certain nationalities. 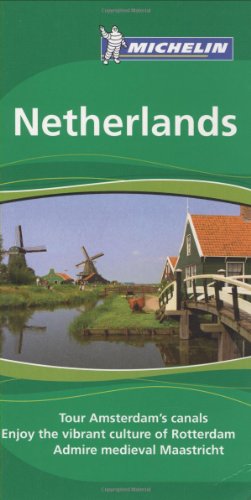