This striking monument, in Leicester (1), England dates from 1868. Its architect was Joseph Goddard (1839/40-1900), a local professional who specialized in work in the Gothic style.

As might be expected in a Victorian work executed in Gothic style, there is exhibited a profusion of pinnacles and pointed arches on this four-sided structure. The structure is executed in a combination of Ketton stone, varieties of granite and serpentine (3).

The Clock Tower commemorates various historical figures (4). Some of the personalities depicted were prominent merchants, who gave benefactions for local causes; the most famous historical figure of whom a statue is given is Simon De Montfort (c.1208-1265), 6th Earl of Leicester. De Montfort's reputation runs deep both locally in Leicester and in Great Britain, chiefly because he was among the instrumental figures in the setting up of England's Parliament.

It would, however, be wrong to assume that Simon De Montfort's life reflected the values of representative assemblies in the modern sense. He is known to have expelled Jews from Leicester, in order to make himself more popular among its Medieval citizens; and he is thought to have participated in sanguinary persecution of Cathar heretics in France. But the fact that one of his actions was to challenge the extent of Royal authority in England and to set up a regular body which checked Royal power makes Simon De Montfort a very significant figure in English Parliamentary history. In the light of this, one of Leicester's Universities is named for Simon De Montfort. (These various strands of historical information about Simon De Montfort are a strong reminder that it is unwise to attempt to assess figures of the past merely by the standards of the present day.)

I have included a close-up photo of some of the statues on the Memorial Clock Tower; the one in the centre of the picture shows Simon De Montfort.

The roads around the Haymarket Memorial Clock Tower are now mainly pedestrianized. Long a landmark in Leicester where several roads meet (5), the structure offers a convenient meeting place in the Downtown area of the City: 'See you at the Clock Tower' is a well-worn phrase on the lips of the citizens of Leicester! I myself walked about the Downtown area of Leicester and I easily came across this major landmark of the City, which I had been looking out for; and the absence of vehicles on various streets in the Downtown certainly facilitates the exploration on foot of the sights of the City.

(1) Architect Goddard was also responsible for the Church of St John, Leicester, and other buildings. See also: http://myweb.tiscali.co.uk/speel/arch/goddard.htm

(2) North American visitors might naturally pronounce 'Leicester' as written, but in England the city is pronounced 'Lester'. This is simply one of many examples of quaint place-name pronuncuations which abound in the British Isles.

(4) In addition to Simon De Montfort, other historical figures depicted on the Haymarket Memorial Clock Tower are William Wyggeston (c.1467-1536), Sir Thomas White (1492-1567), and Gabriel Newton (1683-1762). One can thus see that several hundred years are covered by the periods of history in which these various personalities lived.

(5) These roads, which meet in the vicinity of the Clock Tower, are: Gallowtree Gate, Humberstone Gate, Belgrave Gate, Church Gate and Eastgates.

In Leicester itself, visitor attractions include: Leicester Cathedral; Leicester Guidlhall; the Jewry Wall; the National Space Centre; and many others. NB: Leicester is very centrally located in England, and travel to other, significant English cities is fairly straightforward.

How to get there : United Airlines flies from New York to Birmingham International Airport, where car rental is available, which also has rail links to Leicester. Travellers should be advised that some facilities may be withdrawn, without notice. For up to date information, please check with the airline or your travel agent. 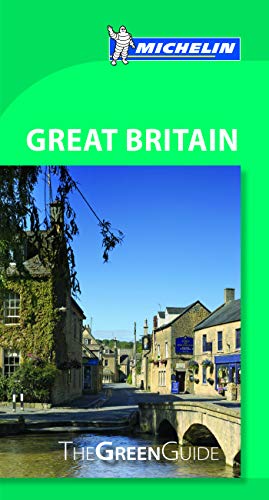