Visiting the Congress Palace of the Argentinian Nation, Buenos Aires, Argentina: sedateness amidst past turbulence

A highly conspicuous, domed presence in the city

Some features and history

Its dimensions are certainly redolent of a grand building. The dome attains a height of 80 metres. The ground area covers over 39,000 square metres.

Construction work on the Palace began in 1897 and the building was inaugurated in 1906. Its main architect was Víctor (or, Vittorio) Meano (1860-1904), also responsible for other important buildings in Buenos Aires and the Uruguayan capital, Montevideo (2). After the death of Architect Meano in 1904, remaining architectural work was carried out by Julio Dormal (1846-1924).

During subsequent periods of the Argentina's sometimes turbulent history, the Argentinian constitution, which the Congress Palace deeply symbolizes, has not always been applied. But the building's sedate features, an imposing presence in Buenos Aires throughout more than a century, may be said to have repeatedly served to symbolize the repeated reassertion of constitutional governance.

(1) The Spanish usage here is rather emphatic; the phrase used does not use the adjective 'national' but, rather, it is in the genitive: 'of the nation'; in Argentinian institutions, an especially strong sense of nationhood tends to be asserted.

(2) Among other noteworthy buildings for which architect Víctor Meano was also responsible were the Teatro Colón (Columbus Theatre) in Buenos Aires, and the Legislative Palace, Montevideo.

The visitor attractions of Buenos Aires are too numerous to summerize here adequately, but a few of these include the 'Casa Rosada' Presidential Palace, situated at the opposite end of the Avenida de Mayo from the Congress Palace and the monumental Obelisk on Avenida 9 de Julio . Travellers to Buenos Aires may also find an excursion convenient to Montevideo (distance: 230.4 kilometres) in neighbouring Uruguay, where Víctor Meano's Legislative Palace (see above) and other striking public buildings, may also be visited.

How to get there : United Airlines flies from Washington-Dulles Airport to Ministro Pistarini International Airport (or: 'Ezeiza'; Spanish: Aeropuerto Internacional Ministro Pistarini), Buenos Aires , where car rental is available. Visitors should check with appropriate consular sources regarding any visa requirements which may apply to citizens of certain nationalities. Please check with the airline or your travel agent for up to date travel information. 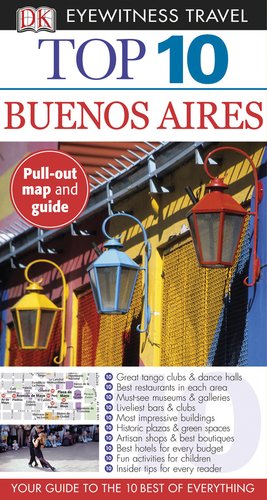