Ever thought there would not be much to do in Austria during summer? Then you're wrong!

Many years I was convinced that Austria was a boring country, but on the way back from another holiday, I had a stopover in Austria. Of this I was so impressed that I immediately booked a holiday to Austria. 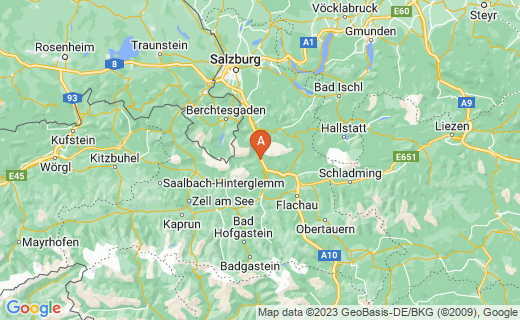 The second visit took us to Grossarl Austria, a village lying in the Grossarltal about 50 kilometers from Zell am See. Grossarltal is truly beautiful, surrounded by high mountains and waterfalls that flow down from all sides and result in a wild river.

Grossarl is part of the Austrian province of Salzburg, of which Salzburg is the capital, lying about 75 km from Grossarl.

In and around Grossarl are many attractions, from which I will give a short summary below. Outside these places you can walk and cycle in the environment, but that I leave aside right now.

Also called the ice cave. But what is that exactly? Actually quite simple, a cave with ice inside. Is that so special? Yes, because it is the only ice cave in the world!

The ice cave is located about 25 kilometers from Grossarl in Werfen. Long before you get there, many signs appear along the road. Before you reach the entrance of the park you have to go up for5 kmby car to reach the parking lot. This way has a lot of curves, and is very steep.

Once up there, you can buy the entrance tickets to the cave and / or tickets for the elevator. The cave is located about 600 meters higher from that point. You can also choose to walk to the top and buy only tickets to see the ice cave.

Sporty as I am, I just bought tickets to the ice cave and climbed upward. It is a serious effort but for the great views it is really worth it.

For people who have difficulty walking, I would not recommend this.

The tour inside the ice cave

After about 2 hours walking we arrived at the top and started the tour in the ice cave.

This tour consisted of walking another 700 steps, from which 350 upwards. In the ice cave, the temperature is always around the zero degrees, so you need warm clothing. Because there is no light inside the cave, one out of three people got a gas burner, which is considered necessary because it really is pitch–dark inside the cave.

The guided tour lasts about 70 minutes, and shows the most beautiful ice sculptures, such as the polar bear and the elephant (with a little imagination). During the tour you walk to the highest point of the cave, located about1775 metersabove sea level. Unfortunately it was not allowed to take pictures inside the ice cave, but it was very interesting and beautiful to visit.

Once the tour is over, you can again decide to walk down, but this time I opted for the elevator. The ice cave was a very impressive experience, proud of the effort we made to get up there and the tour inside the cave made ​​it a special day. 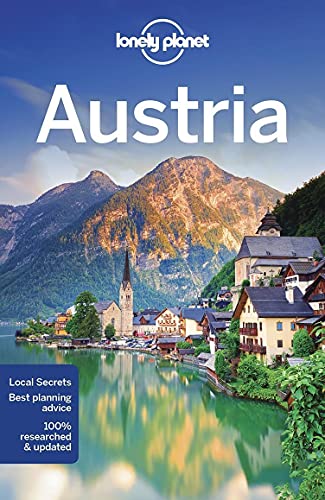 Hohenwerfen Castle is a castle built in 1077 and could also be found in Werfen. There is a lot to see in and around the castle. Before you enter the castle, you go up either by elevator or you can choose to walk to the top.

Once up there, you can choose from a number of activities such visiting the armoury, which consists of up to 4 floors filled with weapons ranging from swords to spears and even guns. Very interesting for people who are interested in warfare.

You can also visit the falconry museum, where you learn everything about falconry and maintenance of these birds. They do not only show falcons, but also hawks and eagles can be seen. Maybe this all sounds a bit boring, but 3 times per day a show with real birds is given, ending with 6 different bird species, like hawkes, eagles, falcons and even a vulture together in the air. This is very spectacular.

In addition, there are tours throughout the castle along the chapel and carillon, the torture chamber, the cells and chambers of the former residents. For children there are all sorts of activities like archery, which take place in the courtyard of the castle.

Burg Hohenwerfen gave us an interesting look inside a castle, that still looks good for a castle for over 1000 years!

Austria is also in summer a lovely country to visit. Even if there is no snow, many activities can be done besides walking and cycling, such as visiting the ice cave and Burg Hohenwerfen.

Also a visit to the city of Salzburg is definitely worth it! For more information read on right here.

If you're interested in visiting Austria, then this website about Wien could be very interesting. http://bezienswaardighedenwenen.com/ Choose translate to read everything you want to know about your favorite city in Austria.