To say that the beaches of Florida are beautiful is a gross understatement. The vast majority of Florida’s beaches are appealing, paradise-like places hence their popularity. The sub-tropical climate and generally relaxed lifestyle makes it an addictive place that leaves you yearning for more. It is not uncommon for Florida beach vacationers to purchase property in the State and settle at the end of a holiday. To a college student, the word “Florida” evokes images of sunshine, beaches and fun. It is a magnet for retirees who opt to see out their twilight years on its pristine beaches.

The 447 mile Peninsula is the longest tidal coastline in the United States and there are more sandy beaches in Florida than there are in California. Barrier Islands fringe much of Florida and with the exception of the muddy “Big Bend” along Florida’s Gulf coast, the beaches are sandy. The sand quality ranges from fine grained quartz supplied by rivers to much coarser sand made up of crushed shells. Most beaches are a combination of these two types of sand. A large number of beaches have been re-nourished by the respective county authorities after years of human interference with the process of sand deposition making them excellent locations for Florida beach vacations.

Despite the burgeoning population and demand for real estate, most county authorities in Florida have taken measures to ensure that the natural beauty of the beaches is preserved. Many counties have now imposed building height restrictions to put a check on wanton development. Despite this, you will find that in some areas there are barriers of condominiums and hotels blocking access to the beaches.

There are also stringent conservation measures by the State government to ensure that marine wildlife is not disturbed in its natural environment. Florida has a very high population of Sea Turtles and other marine life. The State of Florida actually has the largest number of parklands and preserves that teem with wildlife.

A good number of beaches for Florida beach vacations have public access but there are also quite a number that are inaccessible due to private property encumbrance. However, if you are staying in a hotel or rented cottage, then beach access will be the least of your concerns.

Florida Beach Vacations by Kimkay is licensed under a Creative Commons Attribution-Noncommercial-No Derivative Works 3.0 United States License.
Based on a work at hubpages.com. 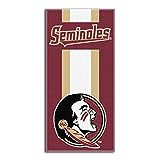