South Carolina Heritage Tourism: Been to the Palmetto State?

Ranking 40th of the 50 states in land mass, South Carolina is 24th in population in its 46 counties.

South Carolina is relatively small in land area but very rich in natural, historical and cultural experiences for the heritage tourist. Within this state are upland mountains with annual snowfall to humid subtropical lowlands along the Atlantic coast line.

South Carolina was the first state to ratify the Articles of Confederation following the Revolutionary War and also the first state to secede prior to the advent of the the American Civil War. The state has a very diverse cultural heritage worth examining in more detail. Join us as we review a few of these issues in this lens.

The image of Harbor Town, as well as other images in this lens, are courtesy of Wikimedia Commons: http://en.wikipedia.org/wiki/South_Carolina

There are two National Heritage Areas (NHAs) in South Carolina. - These NHAs provide an excellent background for your review

The older NHA, the South Carolina National Heritage Corridor, was authorized in 1996. It represents many aspects of the state in the 240 miles and 14 counties along the Savannah River from the foothills of the Blue Ridge Mountains in four distinct regions to the port city of Charleston. These four regions work together to tell the story of the Old South.

The more recently formed NHA, Gullah-Geechee National Heritage Corridor, honors a specific and distinctive culture reflected in the stories, traditions, arts and crafts, culinary practices and the Creole language of the African and African Americans, known as the Gullah/Geechee, who settled the coastal counties of South Carolina (along with Georgia, southeastern North Carolina, and Northeastern Florida). This cultural area also demonstrated strong continuities to the indigenous cultures of Africa.

Table Rock State Park in the mountains of South Carolina

Have you visited South Carolina?

The Palmetto State on Amazon

...guards her buildings, customs and laws... from motto!

From Charles Town in 1680 to Charleston in the 21st century, this community is steeped in history and culture in a magnificent natural setting.

Charles II chartered Carolina to eight loyal friends, the Lord Proprietors in 1663. Charles Town was their first settlement. It was the center of expansion north, south and west. 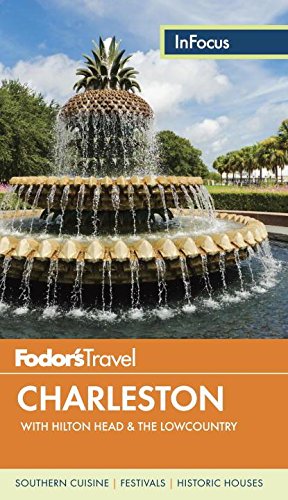 Hurricanes season is from June through November

Tropical cyclones are not unusual in the South Carolina region, of course. where thunderstorm activity averages about 50 days annually.

Columbia is the largest city, the state capital and the county seat of Richland County. Columbia is located within 15 miles of the geographic center of South Carolina in the Midlands region of the state, where the Saluda and Broad rivers come together to form the Congaree River.

The University of South Carolina is located in Columbia, having been founded there in 1801 as South Carolina College. Columbia became a regional textile manufacturing center early in the twentieth century. In recent years, downtown revitalization efforts have created a district of art galleries, shops and restaurants.