Who do I remind you of?

Does the strange, mournful-looking blobfish remind you of someone? Perhaps your Uncle Louie? Maybe. Or does this peculiar-looking creature remind you of a cartoon character? Do you remember the big-nosed Ziggy in newspaper comic strips? *

The Psychrolutes Marcidus (formal name of the blobfish) lives in the extreme depths of the sea off the coasts of Australia and Tasmania. This saltwater fish may be the ugliest fish in the ocean. It looks like a mass of gelatin with wide lips and a large bulbous nose between two very tiny eyes and a constant expression of distaste. If you looked like that you would be perpetually scowling, too.

You will probably never see one in the gelatinous flesh because it lives at extreme depths of the ocean and is rarely seen by humans except for the local fishermen who catch them by trawling the sea bottom with nets. The blobfish can withstand the high pressure (80 times higher than at sea level) because its body is jelly-like and has a density just less than water. This means that the blobfish can float just above the sea bottom using very little energy. The food they eat simply floats right by them and they can pick and choose which tasty morsels they want as if they were in a deep-sea cafeteria.

* If the cartoon figure, Ziggy, is not familiar to you, here's a bit of background. Ziggy is a small, bald, pant-less, barefoot and almost featureless creature except for his tremendous nose - like the blobfish. He was originally drawn by a college student and was given the name, Zigfried Schlump. Tom Wilson, an executive at American Greetings, discovered him, renamed him Ziggy and drew the popular comic strip from 1971 to 1987.

© Copyright BJ Rakow 2010, 2011. All rights reserved. Author, "Much of What You Know about Job Search Just Ain't So" - a serious book about dynamic job search strategies written with a light-hearted touch. 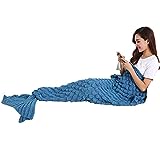