I know you know by now that I can speak with formerly alive and now undead celebrities and have no difficulty interviewing them – see my “Interview with Genghis Khan.” And you are probably aware that I have interviewed some strange vegetables who answered my questions in rhyme – see “Psychic Vegetables and the Things They Have Told Me.”

But did you know that I have also interviewed animals? See “Why Everyone Should Own a Goat or a Cow or a Pig.” I share all this with you so you won’t be surprised by my latest interview with a hypnotic hippopotamus. Here is how it happened. I had an unexpected day of leisure recently so I spent it at the zoo. It was very hot that day – about 80 degrees in the shade – so there were few people there and no one but me at the hippopotamus compound.

I heard a voice say, “Good morning, drbj,” but there was no one in sight. Only an enormous hippopotamus.

me – Whoa! Are you talking to me? (I did my best Robert de Niro ‘Taxi Driver’ imitation.) And how do you know my name?

the Hippo – You are well known in the animal kingdom after your series of hubs on weird animals. Plato gave me your name.

me – Plato? the Greek philosopher?

the Hippo – No, Plato the Proboscis monkey.

me – I didn’t know the Proboscis monkey had a name. Do you have one, too?

the Hippo – My mother named me Hippolyte but you can call me Hippo. I wanted you to interview me like you did Plato so your readers could learn more about hippopotami – also known as hippopotamuses. We may not be weird animals like those you have written about, but we are very unique.

me – I would be delighted. Where do you come from? I know you aren’t a native Floridian. 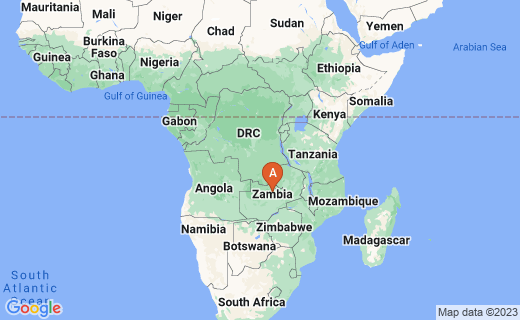 Hippo – (Laughs) No, I was born in Zambia, Africa. Most hippos today live in that region of sub-Sahara Africa.

I was small for my age and weighed only 90 pounds. Most hippo babies weigh 60 to 110 pounds at birth.

Hippo – I weigh about 8,000 pounds – four tons – which is average for a male (bull) hippo today. We are the fourth largest mammals in the world – after whales, elephants and white rhinoceroses.

In zoology, we are considered ‘megafauna’ which means giant animals. Our family name is Hippopotamidae.

Hippo – Yes, but only for two years. Then my mother (cow) had another calf. She had one just about every two years. The gestation period is similar to humans – 8 months. Would you like to know another unique fact about a hippo baby – besides our size, that is?

Have you heard of a Bull in a China Shop? Wait till you see Jessica the Hippo in the House.

Hippo – We are born underwater. Our mothers have to push us to the surface to breathe. You better believe that was nerve-wracking. But we hippos love water – that’s where we got our name. Hippopotamus is Greek for river horse. Although we are not of the horse family or even the pig family which some folks think we resemble – really big pigs, that is. In fact, until 1909, naturalists who should have known better grouped hippos with pigs.

But our closest relatives – this may surprise you – are cetacean which includes whales, dolphins, and porpoises. Cetus is Latin and means "whale,” or "large sea animal."

me – Do you spend a lot of your time in the water?

Hippo – You bet! Up to 16 hours a day submerged in a river or lake to keep our enormous  bodies cool under the hot African sun. We are good swimmers, and can hold our breath underwater for up to five minutes.

The water helps keep our body temperature down and our skin from drying out. With the exception of eating, most of our life – childbirth, fighting with other hippos, and reproduction – occurs in the water.

Hippo – We’re mostly herbivorous so at sunset we leave the water and travel overland to graze on grass. Sometimes we travel as much as 6 miles in one night along single-file pathways, to consume . . .

. . . about 80 pounds of grass apiece. If we are threatened on land, we may run for the water since we can match a human's speed for short distances.

Hippo –We may look ungainly with our stocky, hairless barrel shape and short legs but we can easily outrun a human. Hippos have been clocked at 20 to 30 miles per hour over short distances.

me – I know that the hippopotamus is one of the most aggressive creatures in the world when threatened, and especially ferocious if calves are present. They kill more humans than any other animal in Africa, and will attack anything – even boats. With your tremendous size and ferocity, why would any folks in their right mind want to chase you?

Hippo – Poachers still hunt us for our meat and ivory (our canine teeth). Hippos rarely kill each other even in territorial challenges. Usually a territorial bull and a challenging bachelor will stop fighting when it is clear that one hippo is stronger.

Our worst enemies and the most frequent targets of our aggression include the crocodile which often inhabits the same river as well as lions and spotted (laughing) hyenas.

me – I know you are classified as a semi-aquatic animal meaning you can live in the water or on land. You are so tremendously, er … tremendous, how can you be buoyant enough to easily float along rivers and streams?

Hippo – Our feet are hoofed with membranes stretching between each of our four toes. And there is plentiful fat beneath our skin which is an adaptation to our watery environment. Also we like to dwell in places with permanent water that isn't too deep.

Our specific gravity allows us to sink and walk or run along the bottom of a river. When in deep water, we can propel ourselves by leaps pushing off from the bottom. We can move at speeds up to 5 mph in the water.

Young hippos are more buoyant and often move by swimming – propelling themselves with kicks of their hind legs. Adult hippos typically resurface to breathe every 3 to 5 minutes. The young have to breathe every 2 to 3 minutes.

Hippo – We close our nostrils when we submerge. But the process of surfacing and breathing is automatic, and even if we are sleeping underwater, we will rise and breathe without waking.

me – That is remarkable. You are indeed unique.

Hippo – Told ya. You may have noticed that our eyes, ears and nostrils are located high on our heads. This allows us to see and breathe while mostly submerged.

me – What other unique fact would you like to mention?

me – Are you territorial animals?

Hippo – Only in the water where a bull – like me – presides over a small stretch of river containing about ten females. Although some pods (herds) contain up to 100 hippos.

Other bachelor hippos are allowed as long as they behave, if you know what I mean. Our territories exist to establish mating rights, and we tend to segregate by gender. Bachelors will be near other bachelors, females with other females, and the bull – me – I’m on my own. When we emerge from the water to graze, we do so individually.

My father – his nickname was Casanova – had a pod of more than 30 cows. He’s my hero.

me – Speaking of mating rights, you mentioned earlier that everything occurs under water including childbirth and reproduction. Does that mean . . . ?

Hippo – . . . Yes, mating occurs in the water with the female submerged for most of the encounter with her head emerging periodically to take in air. We are one of the few mammals that mate and give birth under water together with Cetaceans and Sirenia – aquatic, herbivorous mammals that include dugongs and manatees (sea cows).

me – What is your lifespan?

Hippo – Typically, a hippo may live 40 to 50 years. Donna the Hippo, who lives at the Mesker Park Zoo in Evansville, Indiana, is the oldest living hippo in captivity. She is 57. But keep that to yourself. She is sensitive about her age. The oldest was Tanga the Hippo who lived in a zoo in Munich, Germany and died in 1995 at the age of 61.

One of Noah's first decisions

Hippo – No matter how hot and sweaty you become when you visit Africa, do not take a dip to cool off in a river that has been inhabited by hippos. Even if the hippos are no longer there.

me – Because of the crocodiles?

Hippo – Yes, but also because we hippos spend most of our time in the river so we do in the river what bears do in the woods. Our defecation over time creates enormous deposits of organic matter upon and along the river beds.

me – Speaking of defecation – since you brought the subject up – I have noticed that hippos spin their tails while defecating in order to distribute the fecal matter over the greatest possible area. Why?

Hippo – We verbally communicate with each other through grunts and bellows but the non-verbal spinning tails maneuver is exercised to mark our territory. We are also retromingent – we urinate backwards for the same reason.

me – Thank you, Hippolyte, for telling me even more than I needed to know.

Hippo –The pleasure was all mine. Now watch your step! 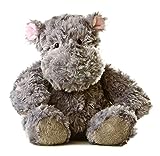 • A red hippopotamus represented the Ancient Egyptian god, Set, who was believed to be the god of the desert, storms, darkness and chaos.

• The Behemoth from the Book of Job is thought to be based on a hippopotamus.

• The hippopotamus was one of many exotic animals brought to Rome to fight gladiators by the emperor, Philip I the Arab, to commemorate Rome's 1000-year-anniversary in 250 AD. Silver coins with a hippo's image were minted that year.

• The Hippopotamus Defense is a solid but unadventurous opening system used in the game of Chess.

• The first zoo hippo in modern history was Obaysch who was captured on an island on the White Nile when he was less than one year old.

He arrived at the London (England) Zoo in 1850, where he attracted up to 10,000 visitors a day and inspired a popular song, “The Hippopotamus Polka.”

• The Toledo (Ohio) Zoo Hippoquarium features a 360,000 gallon pool built for underwater viewing. In 1987, researchers were able to tape, for the first time, an underwater hippo birth.

• Hippos have inspired a number of popular board games and children’s books including Hasbro’s “Hungry Hungry Hippos” and “Chatty Cherry Hippo.”

• In 2006 the hippopotamus was identified as a vulnerable species. Most hippos in zoos were born in captivity.

• Hippos inspired the novelty Christmas song, "I Want a Hippopotamus for Christmas.”

• “Madagascar” is an animated film series produced by DreamWorks Animation. One of the animal heroes is a hippopotamus.

• Animated children’s television shows have included “Peter Potamus” with its hippo protagonist; “George and Martha” featuring a hippo couple; “Pat et Stanley,” a French animated series (Pat is a hippo and Stanley is a dog); “Happy Hippos” produced in Germany; and the well-known American series, “Sesame Street,” featuring a hippo who lives in the country.

• The Nintendo Company published Game Boy adventures of hippos in 2001 and 2007.

• In the late 1980s, Pablo Emilio Escobar Gaviria was a Colombian drug lord and elusive cocaine trafficker. He kept four hippos in a private menagerie at his luxurious estate east of Medellín, the second largest city in Colombia, South America. After Escobar was captured, the hippos were left untended on his estate. By 2007, the 4 animals had multiplied to 16 and were roaming the area for food in the nearby Magdalena River. “Ay, Dios mio!”

(The hippo actually walks underwater on a riverbed, but that didn’t rhyme.)