Art Trading Cards (ATC), Collage and the Fear of Drawing

The joy of creating art

I’ve been considering branching out into some types of art I don’t ordinarily work in.  I have been producing Art Trading Cards (ATC) recently, and my fascination for these tiny pieces of art have led me to examine what I might do outside my normal routine of drawing, painting and illustration.  As long as you stay true to the size of the cards, you can paint, draw, scratch, tear, glue, melt, smear, staple, sew, sculpt or otherwise enjoy any creative effort that appeals to you.  Most recently I have looked at these small white cards and wondered how to integrate elements of collage or calligraphy into my artistic style.  I believe Art Trading Cards to be the perfect venue for such experimentation.  The format is small and there is little sacrificed if I ruin a card or two in my efforts.  I made some preliminary sketches in search of ideas, and soon felt ready to begin.

I was deceiving myself. 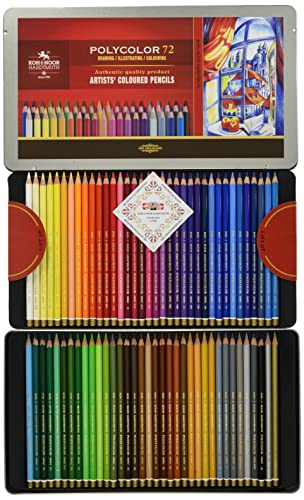 Not as easy as it seems sometimes

I looked at the tiny white sheets and froze. My hand gripped my pencil but wouldn’t push it across the card. I walked away and returned to the safe familiarity of my sketch journal. In this book, there is no good or bad—no right or wrong. I scribbled feverishly, drawing faces and landscapes and muscular super-heroes. I signed my name a dozen times with a resplendent flourish. I soon believed I had worked out the jitters and returned to my bright little card. I was again unable to draw on it. In defiance of the neuroses which held me in its clutches, I illustrated a tiny cartoon on the card with an art marker. It was nothing special, but looked okay. I initialed the back of the card, slipped it into a plastic cover and moved to another. My line work was frenzied and bold, but the card was ruined. I reminded myself that no one gets it right every time. If a baseball player gets a hit three out of every ten times at bat, he’s an all-star. I told myself I can surely make something decent thirty percent of the time. The baseball analogy stuck with me, and I began to see the card as an opponent. If the card looked decent, I had a hit. If I could show it to someone then I knocked one out of the park. I glared at my small sheet of Bristol board as if I were having a stare-down with a hit man and realized I needed a break.

I relaxed on my living room couch and thought back to my earliest efforts at painting: staring at my stark white canvas, afraid to make a mistake. I conquered the fear of ruining a 4x4 foot canvas then, and I knew I would soon feel the same freedom to mark on a 2 ½ x 3 ½ card. I never expected at my age to be nervous about drawing on a small card that cost nearly nothing, but life throws odd twists at us. An hour later, I felt rejuvenated and returned to my task. I reached for a new card and, brandishing my pen like a rapier, lettered a complete alphabet on my small piece of Bristol board. It wasn’t calligraphy yet, but I did make letters. I even congratulated myself for how nice they looked.

I moved into my basement and rummaged through my supply cabinets. I sifted through paper, felt, buttons and even a few old coins. I came across some small pieces of foam and finally found my inspiration. I cut the foam into small pieces with a scissors and glued them randomly to the art card. Next, I applied a small coating of gesso to the card and its attached pieces of foam. This gave me a textured surface on which to paint.

The next day I returned to my Bristol, foam and gesso creation. It was raw and uneven. I set out my paints and brushes and began dabbing paint onto the card. I worked it onto and around the foam, ensuring the entire card was covered. Mixing several colors, I abandoned the brushes and applied paint with my fingers. This was no masterpiece, but the process felt strong and positive. I was conquering my fears. I thinned my paint in an effort to create multiple textured surfaces: the original card with foam glued to it, the gesso coating, and the acrylic paint that covered the gesso.

Pleased with the synthesis of color and texture, I set the card aside to dry overnight. I wasn’t certain if I was finished with my project or not—the next day would reveal this to me. I lay in my bed that night and ideas for projects passed through my head. I looked forward to utilizing Oriental art and text into a series of cards. I also envisioned using images from my latest AARP magazine in a small collage. The realization that things were coming together allowed me to relax sufficiently to drift into sleep.

When I returned to my card the next day, I felt the need to work it a little more. It didn’t impress me as an abstraction, and I sought to add an identifiable image to my multi-layered artwork. On my way to the mailbox to see which monthly bills were waiting for me to ignore, I saw a small vine growing around the bottom of the mailbox pole. I had my image. Tossing the bills on the kitchen table to be reviewed in a few weeks, I returned to the basement and drew a small green vine with leaves extending from it. The drawing was unspectacular by itself, but I believed it would augment my textured art card perfectly. A little green and yellow paint and ten minutes later, I had my image. The simple shape and colors augmented the rich texture of the card perfectly.

More importantly, my reluctance to attack the Art Trading Card seemed to have been conquered. In the next few days I created several images simultaneously, moving from one card to the next as the mood struck me. I began to incorporate images from Oriental art, and soon I will incorporate still more three-dimensional images. The 3-D aspect of the cards currently thrills me, and I look forward to more adventures in creating tiny works of art. Perhaps more significantly, I look forward to working through artistic challenges and progressing, both as a persona and creator.

Art Trading Cards and You: a Poll.

Were you familiar with Art Trading Cards before reading this article? 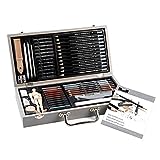