At the Edge: A Painting in Words

I was recently challenged by a reader to describe one of my paintings with words. The idea was to convey the same meaning with words that I suggested through colors, textures and images. I was asked to place the reader within my “word painting’ and describe the sights, sounds, and smells; to articulate the feelings and emotions connected with the scene. In essence, I was charged with using words to make my painting come alive in a new way. I was intrigued by the idea and wondered if I was capable of meeting this challenge.

It was suggested that a landscape or seascape might be appropriate for this exercise, but I could not resist selecting a painting that included a person—a young man looking back in fear at something unseen. Rife with movement and emotion, it is perhaps too easily translated into words, but I will defend the selection in order to ensure the descriptions are sufficiently compelling. I painted in oils on a 4’ x 4’ canvas and titled the piece, “At the Edge.” 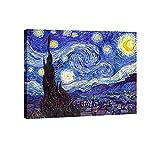 At the Edge: An Oil Painting

The composition takes the eye in a clockwise circular motion, starting with the central figure and moving down and to the left. The eyes move upward on the left side as the rocks from the cliff point toward the clouds and mountain range seen near the top of the of the painting. The mountains lead the eye directly to the right edge. The painting is predominantly filled with warm colors, and even the blues and grays of the water and skies contain hints of red and green.

The painting rejects realism in favor of an illustrative, cartoonish style. Motion is suggested in a style reminiscent of comic book characters leaping into action. Shapes and forms are conveyed through lines rather than color, light or texture. Black outlines are not utilized but would not seem out of place in this piece. The central figure is exaggerated and oddly proportioned, with unusually large hands and fingers. The face and head is also large and almost skeletal in appearance, with sunken eyes and pronounced cheekbones. The subject and painting style are in stark contrast; the mood and emotional intensity are incongruent with the comic-like style of the painting. A light-hearted viewing of the intense, fearful face and crouched figure is not possible and therefore viewers might not know how to appropriately interpret or respond to the dissimilar visual images.

The point of view for this painting is the edge of a cliff. The rocks at the perimeter form a protective ring around the precipice. The stones are pointed but not sharp. Time has eroded their jagged edge; the rocks themselves no longer deal death, although they are still dangerous. The cliff itself is barren—it is devoid of grass, trees or any other living organism.

The skies are dark and turbulent, alive with purples, blues and reds. Storm clouds filled with rain are fast approaching on the horizon, represented with bulbous blue and gray circles. Beyond the cliff lies a vast expanse of water. The waters below are relatively calm, despite the turbulence in the skies. A mountain range looms on the horizon in silent witness to the events of the day.

A solitary figure dominates the composition. It is a long-limbed man with exaggerated features. He is tall and thin but clearly possesses a wiry strength. His hair is long and free-flowing, blown about by winds from the approaching storm. He is casually dressed in a pink tee-shirt and cut-off blue jeans, and he has traversed the rocky terrain without shoes or supplies. Perhaps his presence at the cliff was sudden and unplanned—he certainly isn’t dressed for a hike in the mountains.

The young man crouches at the foot of a desolate precipice. Why is he there? The utter lack of plant or animal life suggests this is a place to meet death, but we do not know his true purpose. His body language suggests an intention to take action. Does his crouched position and tensed muscles foretell an intention to jump? Whatever the man’s purpose at the cliff, he has hesitated. He turns back in response to someone or something unseen. His eyes widen in fear and his jaw drops. Was he followed to the cliffs, or is he reacting to something inside himself? Are the storm clouds a metaphor for the pent-up emotions he feels so acutely?

The mountains stand in silent witness to what will happen next. How often has this scene been played out over time? Man has changed little throughout the centuries and there is nothing new in the universe. Whatever occurs next has happened before and will happen again.

Do the calm waters reflect the man’s desire to jump into a serene environment? Does he believe he will find peace at the bottom of the cliff, safe at last from the fears that have followed him to the brink? Will he be freed from what pursues him and causes so much fear and anguish?

If he has come to the cliff to jump, his demeanor suggests the decision is not yet finalized. He still struggles with the demons that have chased or followed him to the edge. His troubles offer no opportunity for introspection, and he remains undecided and anguished. There is nothing to suggest the serenity one might expect to accompany a final resolution. Whatever he has come to the cliff to find, it is not forthcoming.

If this painting tells a story, it does not suggest a final outcome. I put the question to you: what happened? Was there a resolution to the young man’s dilemma? Did he jump, or did he turn to face his fears? Was this a seminal and transforming moment for him, or was this instant repeated over and over throughout the course of his “life”?

There are, of course, no answers. This is just a painting. The mountains, cliffs and the sea below are an artist’s imagination. The young man never existed.

Read more articles by this author about drawing, art and artists

The Art of Instruction: Vintage Educational Charts from the 19th and 20th Centuries
Buy Now