I Missed My Car Crash

Have you ever been the victim of a car crash?

Last night I was on the news

September 24, 2009. Yes, last night I lived through the cringe of seeing myself splayed against T.V. lights, the camera recording in wide angle, my body language a mass of conflicted signals as I reacted to the news that my Toyota Camry had been totaled by a medical van carrying a precious cargo of ten senior citizens, caught strapped into their wheelchairs inside the upside down transport, yesterday morning. Luckily, none of the elderly patients had been seriously injured though all of them were rushed to the hospital. Equally fortunate, no pedestrians had been affected and, blessing of blessings, neither had the infants, toddlers and preschoolers who attend the Montessori School in the church which was the site of the crash . I was at home, on the computer, when the mini-cataclysm occurred.

The weirdest thing was how my husband and I learned that our car had been involved in an accident. We were walking up and down the street in the early evening looking for our car until we spied the TV production truck and practically stepped into the scene of an interview with a neighbor of mine whose bumper got bent by the impact. When the news crew found out we were the owners of the demolished Camry, they asked if they could interview us, too. We shyly agreed. I told the reporter that we work from home and hadn't stepped out all day. I explained that it was shocking enough not to find our car where we had left it, but then to find out that it had been towed, all bashed in, was out of body. The news reporter asked if we wanted to see the footage of our vehicle and taped us viewing the images of the wreckage. Naturally, they selected the worst camera angles of me incredulously whining, "We couldn't find our car."

And yet, I know we were touched by an angel. A doctor's appointment I had yesterday morning got rescheduled. I would most likely have been turning on the ignition right around the time the accident occurred. I feel the presence of divinity.

Strangely, just the day before, a dear, dear friend of ours was hit by a distracted (text messaging) driver and we've been very concerned about her.

"Riders on the Storm" - The Doors - Official Video

There's a killer on the road

We are constantly risking our lives whenever we cross the street. I think that the signs clearly point to some advocacy that needs to take place. I'm gearing up to go fight City Hall to get the speed limit lowered. It's a mere 30 mph now, but the drivers barreling down seem to think it's the on ramp to I-95. I once had to literally push a lady into the meridian when a speeding driver nearly mowed us over. Is this message as basic as look both ways before you cross the street? Talk about an automotive safety wake-up call! 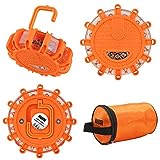 This was not the first crash of mine I've missed

Actually, thank G-d, the only car crash of mine where I've been present was my first. A New York transplant to Miami, I only learned to drive at the age of 40. My first car accident ever ocurred my first week of driving on my own. I was going to work in Coral Gables, operating under the misconception that at a stop sign, you count to three and go. One, two, three, "Oh s---, there's a car coming straight at me... why the h--- isn't she stopping? Stop you b----!" Although she rammed into my driver side door, nobody got hurt and fortunately, I was insured through Avis (yes, my first car was a rented Chevy Cavalier). They took care of everything and gave me a new car to play with. Everybody at work laughed at me - hard - and vowed never to drive in front, behind, or anywhere near me.

I went straight from that learning experience to becoming a full-fledged, old lady driver, hunched up at the steering wheel, refusing to talk, let alone text people. I keep both hands on the streering wheel at all times. I actually signal whenever I'm going to turn or change lanes. I am a driving nerd.

Fortunately, all my other crashes, save one little bump from behind, have been via remote. My Volvo once got bashed on the left rear end by an out of control police car skidding one misty early morning. I wasn't exactly going to play hardball with the police department, so getting them to acknowledge fault and pay all the attendant costs such as towing, repair and car rental took time - weeks, actually. Finishing the body work took a month and a half or so. No less than a week later, an uninsured driver concaved my boxy but good Swedish auto in almost the same spot - let's not talk about why it was parked there. Repeat after me: "Arrrrrrrrrrrrrrrrrrrggggggggggggg!!!!!!!!!!" Are we done? No, one more little bumper bender when my husband, alone in the car, was rearended by an uninsured motorist (aka deadbeat driver) who told a heart-wrenching sob story and drove on.

And there was the crash, more than ten years before, in which I had lent a house guest my Saturn to go to a production meeting. I received a mid-morning phone call, "Hi, it's me, I'm in the emergency room of the Miami Heart Institute. I'm ok, but I had an accident. I was turning a curve and the car spun out of control and flipped over twice. Um, it looks pretty bad. I wasn't even speeding." With my heart beating outside my chest, I reassured him it was all right, thank goodness he was o.k., that maybe he had prevented me from having an accident... His fiance flew into town to take him home, wrote me a check and they on their way.