All three of these top cities are located in Fulton County and as they continue to grow in population, new business enterprises, and land annexations, they may expand to the extent that they will physically meet Atlanta. Already, they are coming near the point of functioning with Atlanta as a metroplex, a larger metropolitan area made up of several cities. In this case, Atlanta and Gainesville GA already form a larger metro area. This can be called a Metroplex, or a Mega-opolis as well.

Jobs listed on Indeed.com and Simplyhired.com, which collect available jobs everywhere extant through Internet resources, have increased in number faster in Sandy Springs than in Roswell. At the same time, there are usually more jobs available in and around Roswell than Sandy Springs, though both metro areas offer large numbers of listings. However, jobs in both areas' jobs listings are in the majority, higher salaries of $50K - 110K+ per year.

Fairly new and fast-growing, Sandy Springs just east of the Chattahoochee River, was not incorporated until the end of 2005. With a population of over 100,000 people, the town is named specifically for the springs in the surrounding area and in the city, which make up nationally protected historic areas.

The spring never runs dry and is preserved at the Sandy Springs Historic Site. In the 1800s, Creek Nation members and settlers watered their horses here on their way south to Atlanta each spring. A Methodist church built a camp at the point where various trails met at the sandy springs and held summer Camp Meeting each year for many years. 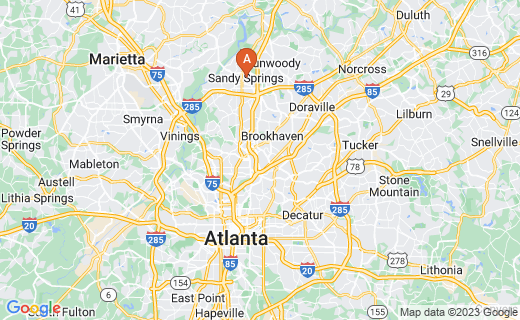 The spring never runs dry and is preserved at the Sandy Springs Historic Site. In the 1800s, Creek Nation members and settlers watered their horses here on their way south to Atlanta each spring. A Methodist church built a camp at the point where various trails met at the sandy springs and held summer Camp Meeting each year for many years.

Gold brought settlers beginning in 1828 and thereafter, and a town grew. Cherokee Nation had had a civilized government with its own constitution and capital city nearby and its members could read and write. However, when gold was discovered on their land, they were moved off by the US Federal Government. Plantation cotton and textiles became the source for the local economy for many years, replaced by services and other manufacturing ventures today.

As a part of the revitalization that began the spring before the incorporation of Sandy Springs, the Town Turtles of Sandy Springs, was instituted as a public art and fundraising project by the Sandy Springs Society. Rolled out in the Turtle Trot Parade 75 turtles sculptures painted by local professional and amateur artists were set into place around town.

Many cities host public art projects: Columbus, Ohio presented painted concrete ears of corn and now has OSU's sports mascot Brutus Buckeye in all sorts of costumes around the university campus and Northwest Columbus. Cincinnati displays decorated pigs all around town. Some cities have horses and others have cows. It's great fun.

The MARTA light rail system in Sandy Springs and the larger Atlanta metro area is a driving force for growth, because it promotes easy, fast transporation all the way from North Springs, north of Sandy Springs, down through Atlanta to the airport just north of the I-285 outerbelt, as well as in the east-west direction.

Many of the top hiring employers in and around Sandy Springs are in the business of Healthcare and Information Technology (IT). A few are in Manufacturing or Production, as well as in Staffing & Employment.

Roswell, Georgia is a little less than 10 miles northeast of Sandy Springs. Roswell was incorporated in 1854, named for the settler Roswell King, and early mining investor in the area. Discovering the Chattahoochee River, he built a cotton mill powered by the moving water. His Roswell Manufacturing Co. and Roswell Mill were the backbone of the local economy for many years.

Roswell is home to over 85,000 people and its metro area is home to over 101,000 individuals. Healthcare, Tourism, Education, Information Technology and Manufacturing make up much of the local economy. Economic development plans for further growth are in place for several years, through 2020.

Many other celebrities and historical personages have graced Roswell and their homes and other installations can be found on tours listed in the links, above right. 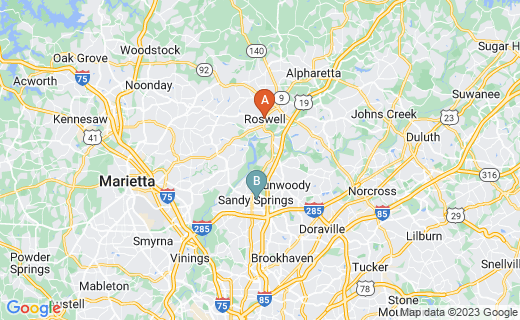 Local companies that are consistently hiring in the 2020s:

A large number of colleges, Universities and career training academies are located in the Roswell-Sandy Springs area, with some found in nearby Atlanta. These institutions include: