Bridgeport and the market area called Bridgeport-Stamford-Norwalk has developed and improved so much since the 2000s that by 2013, it became part of the Third Richest Metro Area of the United States. It did this with an average household income of over $77,000 per year.

Certainly, not every local household is rich, but enormous progress began in the local Renaissance Area in the late 2000s. While many drivers on the highway bypassed Bridgeport previously, thinking that there was nothing there, development took place with surprising strength and speed. Now, the metro area attracts more business and visitors.

On the Atlantic Ocean 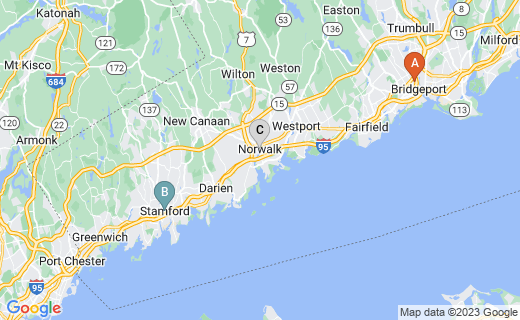 MISSION: To expand and diversify behavioral health, criminal justice, and research services for adults, adolescents, and families in Connecticut, leading to a positive outcome for the community at large.

Connecticut Renaissance programs have increased the quality of life in its Headquarters City of Bridgeport and all of the state of Connecticut.

With the contribution of these programs, violent crime declined in Bridgeport from 2001 - 2009, as shown below, facilitating the ability to draw new jobs and residents to the metro area from 2008 - 2016.

The following comparison of city and county records of violent crimes in Bridgeport shows a decline in this type of criminal activity from 2001 through the end of 2006. Anti-crime programs and a planned and implemented revitalization program have been successful, with increased success on the horizon.

Many of the successful anti-crime programs showed the most positive outcomes in 2005 - 2006. The trend towards improvement continued throughout the 2010s.

Connecticut Renaissance offers the following effective programs , separately and significantly for adult and adolescent populations of diver people, for combating crime and increasing the quality of life in Bridgeport:

Renaissance For Youth and Families of Bridgeport 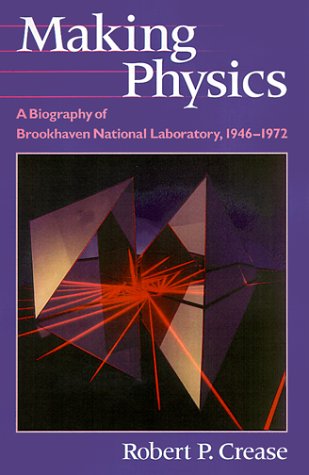 In December 2010, 32,000+ jobs were available in the Greater Bridgeport Area, largely in healthcare and technical positions. This number increased yearly to over 57,000 jobs advertised in late Summer 2014 and over 100,000 jobs in November/December 2015.

The Highest Demand jobs in the Bridgeport-Stamford area include numerous openings in industries of Healthcare, Education, Finance, and Insurance.

Thousands of jobs in new positions and those left by retiring Baby Boomers are available through at least 2014, increasing as the metroplex grows and develops positively each year.

Salaries in all of these jobs are high and require some training beyond high school. Not the Number One Job in this list - Registered Nurses - does not require a 4-year degrees, and hospitals often offer a tuition reimbursement plan. TRAVEL NURSING is also very lucrative, offering up to one full year of paid rent/mortgage on top of all of the other benefits.

Top 10 Jobs in Forecast for Bridgeport and Fairfield County, with Average Wage

Top Jobs Numbered 11 - 20 in Most Openings Forecast, with Average Wage

Job listings began to increase for Bridgeport in March 2011 and have continued to increase gradually.

While the Top Hiring Companies are the same, the highest demand jobs are:

Bridgeport is considered by many of its residents and workforce professionals such as myself as one of the Best Medium-Sized Cities in America for mid-level careerists and working families raising children. This is true for a number of reasons.

The median income in Bridgeport is in the mid-$40K range, just above that in Atlanta, Georgia, which is the top city for American jobs and business on the published lists of several financial and business entities. Bridgeport has been revitalizing for some time, since the late 20th century, and will continue to do so. The Renaissance Center portrayed at the top of this article is just one example of the expansion making this metropolitan area vital.

Bridgeport offers a large segment of affordable housing in good shape and is the home to many individuals that commute to nearby New York City and surrounding areas for work. In fact, Bridgeport is considered part of the Greater New York City LMA (labor market area) as well as the Bridgeport-Stamford Metropolitan Area. Bridgeport also contains upscale housing, appropriate for mid-level careerists as they progress in their occupations and businesses.

An industrial city in the first half of the 20th century, Bridgeport declined after World War II, plagued with urban blight as many of its 500+ factories closed. However its rebirth in the late 20th and early 21st centuries created an increasingly sophisticated urban cultural and arts center as well as an affordable bedroom community for NYC. This reconstruction and revitalization is true of medium-sized cities across the nation.

The political climate and city government operation have facilitated the rebirth of Bridgeport. The adults registered to vote in town form an overwhelming majority of Democrats - over 35,000 compared to about 8,000 Republicans, with far lesser numbers scattered sparsely among a very few other parties. This is about a 4.4 to 1 proportion in favor of Democrat-ic principals and pursuits, although not all agree with all the party policies and recommendations, just as is true in any group.

Because of this Democrat majority, the city tends to favor advances in Green Industries and green collar jobs, green urban projects, clean renewable energy, aquaculture, public transportation, and greater numbers of jobs and more jobs at a living wage [enough to live with adequate food, shelter, clothing, transportation, childcare, and heath care]. The city is in favor of usable education, youth programming that enhances academic achievement and workplace skills development, the arts, and other programs and projects for the common good. The school system includes charter schools and magnet schools in order to produce success for the greatest number of students.

Two excellent universities are located in Bridgeport - one specializing in medical and healthcare education and careers in partnership with the town's two major hospitals - along with high schools dedicated as Magnet Schools to majors in Business, Healthcare, Aquaculture, Vocational Certification, International Business and Culture, and other industries. Abundant training and employment opportunities are available in Bridgeport.

At 144,890 individuals in 2007 and growing at 0.5% per yer, Bridgeport is the largest populated city in Connecticut, the County Seat of Fairfield County (population nearly 1 million), and the 5rd largest city in New England. This creates a larger number of employment opportunities than in much of the rest of Northeast United States.

Situated on the Pequonnock River and Long Island Sound within short distances of Hartford and Stamford, Bridgeport is close to New York City (53 miles) without the crowding and freneticism inherent to big cities. Located on waterways, the city experiences shipping and recreational water activities that add to business opportunities. Bridgeport-Stamford is an official US Labor Market Area (LMA) and considered part of the larger NYC Metroplex when examining employment and housing.

Many workers commute to Bridgeport for the more affordable, medium-range cost housing that is high quality, although upscale housing is also available. This range of housing makes Bridgeport ideal for Mid-Level Professionals and families with children in which parents have successful careers. .

Approximately 40% of Fairfield County residents are between 21 - 49 years old.

An old settlement in Colonial America, Bridgeport was actually not incorporated until 1821. However, it is steeped in traditions as old as The 13 Colonies and the Native American Nations, some of which are active in business in the region.

Home of the Leonardo Challenge for design arts and children's artistic creations based in Leonardo DaVinci's Notebooks. Exhibitions on inventions and change.

Bridgeport has two famous parks - Harbor Park and Seaside Park. PT Barnum was instrumental in developing Seasside and this page discusses its history.

Water Sports at U of Bridgeport

While many of Native American Nations were forced back to the West in the 18th through 19th centuries, some remaines in the area of Bridgeport. today, they are aided by SBA Small Business Development Centers, as are Woman and other Minorities, to establish and maintain healthy businesses in and around Bridgeport.