Jobs Available in Computers, Education, Health, and All Service Industries

The Burlington-South Burlington Metro Area is Number 6 in the late 2000s' list of the Top 25 Best Small Cities in America for Jobs and Business.

In a prosperous state offering a range of high-paying jobs, the Vermont minimum wage increased to $8.06/hr in January of 2009 and may rise again.

This indicates a ramping up of economic strength as the metro areas of the state continue to grow and require large numbers of new employees. As the higher-earning tiers of employment, such as Information Technology/Computer Production, Tourism and related sectors, sectors of Education, and Healthcare increase in size as well as time-eating responsibilities, additional Service sector workers will also be required by workers as well as tourists and visitors.

Food related jobs are the Number Four fastest growing line of occupations in this market area, as shown in the next section. The most high-demand jobs in this field include those listed by: 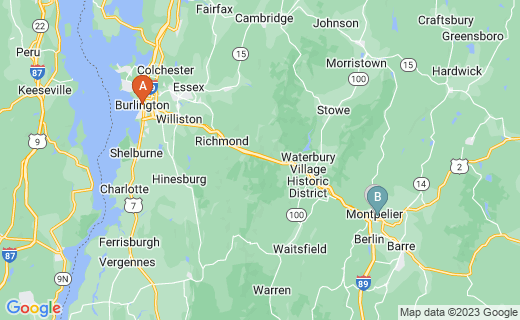 Similar to New York's Dutchess County, the well known IBM company is the largest employer in Burlington and in the entire state of Vermont, with approximately 6,000 employees.

After a layoff of 180 in June 2008, IBM Vermont opened positions in Technology Development, planning to increase numbers of new products and jobs along the lines of the 1000s of employment slots that opened 200 miles south in Dutchess County in early 2009. Jobs continued to increase in number through 2015 in both areas.

The next two largest employers in Burlington are in Healthcare and Education:

Additional largest employers in Burlington-South Burlington, as well as ranking as largest in the state include Military, Government, Healthcare, and Securities:

The institutes various campuses are located in Essex very near Burlington and in Montpelier.

The school is now offering Bachelor of Arts majors in Sustainability, Wine & Beverage Studies, and Baking and Pastry. These core areas join others at the New England Culinary Institute, including Classroom and Online Learning for Certificates, Associates (AA) and Bachelors (BA) degrees in:

Alton Brown graduated from the Montpelier Campus of NECI in 1997 and found fame and a few broken bones in his TV series that included Public Television. I remember his hand in a cast during one set of episodes, and he could still cook!

Good Eats, Feasting on Asphalt, Feasting on Waves, and Iron Chef America are famous. Chef Brown's review of NECI is that it is like attending medical school for two years, full of serious, useful training. He also feels that cooking contains elements of engineering and makes presentations to engineering students.

Artistic Dishes from Classes at NECI

University of Vermont is a Great School!

The University of Vermont received a large fund for new athletic scholarships in 2008 and offers educational programs and degrees in a full range of majors, along with an Agriculture and Sustainability program, a teaching hospital connected with its College of Medicine (Fletcher Allen Health), a Graduate Program, Ongoing Professional Development and Continuing Education, and Internship Placement. The College of Medicine has been ranked 5th in the nation for high quality physician training and care results by US News and World Reports magazine..

Overall, in 2008 The University of Vermont was ranked 40th in the nation by Business Week magazine for highest salaries among US graduates with Bachelors degrees. In addition, UVM was recognized because it's Alumni with 10+ years employment are now earning $194,000 on average.

At the same time, Forbes.com ranks UVM at #1 in New England and #18 as a top school in America. The Kaplan College Guide has named UVM as one of the Top 25 Environmentally Responsible Schools in the US for its courses as well as green business operations. related to this, the City of Burlington has enacted several successful "going green" initiatives throughout the city and in each individual neighborhood.

Burlington, the county seat of Chittenden County, bills itself as one of the best places to live in America. It sits on the east shore of Lake Champlain, in between the Adirondack Mountain and Green Mountains that provide gorgeous scenery as well as outdoor sports all through the year.

An activist city, Burlington has opted to become Sister Cities with a least a dozen towns around the world and has helped Southern US cities hit by hurricanes in recent years. Burlington has also dedicated itself to reducing greenhouse gases and to develop additional green buildings, green collar jobs, and other sustainability projects.

Burlington's urban revitalization initiatives have extended to the waterfront to bring a high quality of life and a stronger economy to these areas of town. Another project is an improvement of each neighborhood in town,with residents' aid. The city government has begun a citywide climate action plan and an urban forestry development project as well. Burlington is becoming quite a leader in sustainability as a city.