Employment Markets Shared by Catawba and Charlotte in the Carolinas

Charlotte, North Carolina is the largest city in or near the Catawba Region of South Carolina. the city enjoys the largest numbers of jobs advertised as accessible to the towns in its southern neighbor, especially Rock Hill. Rock Hill serves as a suburb to Charlotte.

In descending numbers of jobs advertised, the major market cities for business and employment in this area of the Carolinas encompasses: 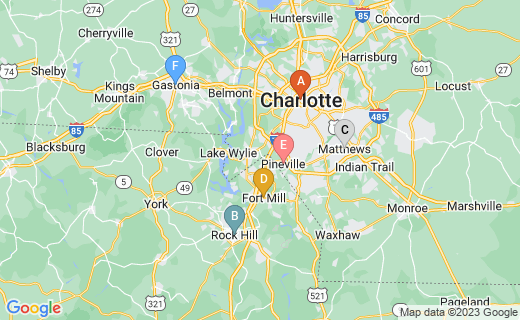 (South Carolina also has a Pineville, with far fewer jobs.)

Most Advertised of the Jobs

Rock Hill SC is located in the center of a great meny job openings within a 25-mile radius, including posted openings south and north of the town. The job titles most often advertised from 2014 and into 2015, according to my job vacancy aggregators, are these:

The largest numbers of job openings through 2020 for the Catawba Region, according to the South Carolina Depatment of Labor include the following jobs:

The Top Industries to provide new jobs through the next decade are estimated to be:

South Carolina does a big business in Tourism. Yet, the Top Industries projections are somewhat of a surprise in that SImplyHired as a job posting aggregator shows over 42,000 job openings, with about 7,000 in IT/High Tech alone. Information Technology will likely continue to be a source for jobs throughout the 21st century. In early 2015, over 5,000 of the jobs listed were involved in Healthcare and these also should continue to increase.

York, Chester, and Lancaster Counties in South Carolina combine to form the Catawba labor market region. The City of Catawba is located in York County at the northern borderlands of the state and is the center of commerce and government for this region.

The Catawba Indian tribe or Native American Nation lived in the northern parts of South Carolina for approximately 8,000 years before European settlers arrived. Their name is that of the Catawba River (the official State Scenic River) that flows from North to South Carolina and is enjoyed for whitewater rafting.

The river is also used to produce alternative energy in hydroelectricity. Catawba is also a species of grape. Dozens of fish, reptiles, birds, and amphibian species, as well as other animals and many plants live along the Catawba River Corridor, 30 miles wide.

Catawba Reservation, east of Highway I-77 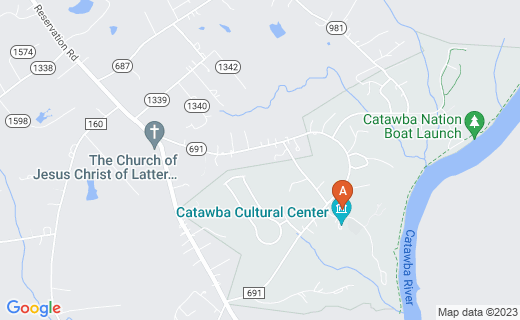 The Catawba Nation lives today on nearly 700 acres of land comprising a reservation in Rock Hill. In 1840 the State of South Carolina assured Catawba Nation that it would pay them cash and provide a US Reservation, if they gave up their lands. Unfortunately, the state then sold some of the land and gave the Catawba nothing.

Catawba Nation split Part migrated to North Carolina and part moved westward with Cherokee Nation. However, Catawba people did return to South Carolina to purchase 640 acres with their own money from the state in 1850. IN this way, the state profited from selling Catawba lands twice.

In 1973, Catawba Nation became a registered non-profit corporation and received US Federal recognition twenty years later in 1993. It also received $50 Million for 144,000 acres in York County that they had previously owned.

The town of Rock Hill is now known for the reservation and for Carowinds Amusement Park, which hires seasonally. In addition, the town's alternative energy companies hire year round. Money Magazine named Rock Hill one of the 100 Best Places to Live in America for 2006 and the town has remained in the top hundred names.

In the Catawba Region, this military park is a National Protected Area and a tribute to a unique Revolutionary War battle of 1780. It was fought entirely by Americans against Americans, except for one British Major, who became a Colonel on the battlefield.

Some of the American soldiers in this battle remained loyal to the British Crown and King George, while others gathered to become the Colonial Patriots under the Declaration of Independence.

This military park is also important, because the soldiers that fought in the Battle of Kings Mountain were very young, many aged 10 and a bit older, but also including adults. This park is the terminus of the Overmountain Victory National Historic Trail along the path of the Colonial Patriot Army as they marched from the mountains in the north north to the Battle of Kings Mountain. 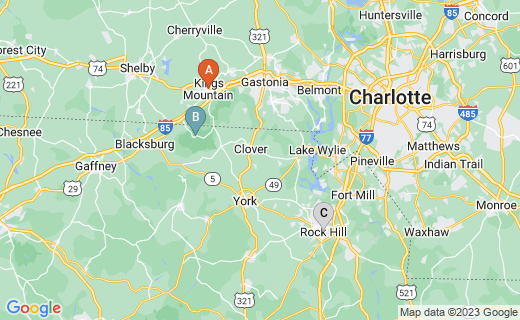